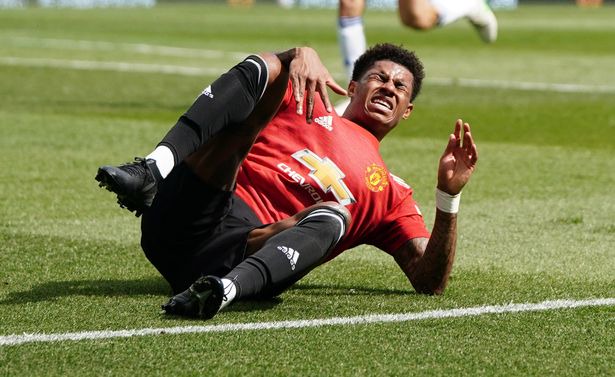 Since representing England at the European Championships in the summer, where he missed a penalty in the final shoot-out against Italy, the 23-year-old has been on the sidelines.

After a stellar season with the Red Devils in 2020-21, in which he scored 21 goals, the United academy graduate was forced to undergo surgery following international duty due to recurrent injuries. 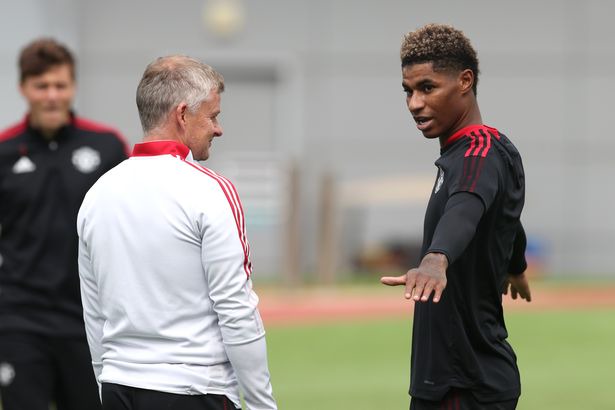 With the arrival of good buddy Jadon Sancho and the return of Cristiano Ronaldo, Rashford will have to fight to reclaim his spot as a mainstay in Solskjaer's side.

However, like left-back Alex Telles, the Red Devils' manager has announced when the No. 10 will be eligible for selection.

Alex is a little ahead of Marcus, he won't be back until after the international break, but Alex has put in a lot of training and will be in the team [for West Ham's Carabao Cup match on Wednesday]."

United will play Leicester City in their first match following the international break, followed by a Champions League match against Atalanta in Italy.

It doesn't get much easier after that, with games against Liverpool and Tottenham Hotspur before facing the Serie A side again, followed by a Manchester Derby, so having Rashford ready might be a big help for Solskjaer.

Phil Jones, a long-term absence who hasn't played since January 2020 owing to more significant injury problems, is another player who has returned to fitness, which the Norwegian is "very thrilled about."

"He's played two 90-minute games for the Under-23s and some minutes behind closed doors," Solskjaer said.

"I'm not sure if I'll ever be able to play football or even walk again, let alone play in the yard with the kids." He's been quite conscientious and professional; there are no frills, no social media, and I'm a traditionalist.

"Players like that appeal to me. He only needs to concentrate on one thing and wrap his mind around the hurdles, and he'll be OK," he continued.

Solskjaer intends to vary his starting lineup, and he claims that some United players are "chomping at the bit" to play.

"It's odd how things work out, and you meet the same team again in three days," he explained. "We definitely need to offer some minutes to a few players, and I believe we have a decent group. Quite a number of these are itching to exhibit what they're capable of."