By SportzMedia (self media writer) | 1 year ago

SmackDown, September 10, 2021, took place in New York City at Madison Square Garden and as it has been anticipated, the beast made his first appearance in the ring after SummerSlam.

SmackDown kicked off with Roman Reigns and Paul Heyman along with the Usos. The tribal chief walked down to ring with his alliances to make his great speech.

The fans went wild as Brock made his way to the ring to confront Reigns. Lesnar asked Paul why he didn't tell Roman that he would be at SummerSlam. Roman and The Usos left the ring for Lesnar and Heyman.

Brock then made a move and set up his former advocate for the F5, but Roman went back with an attempted super-man punch but Brock countered and hit Roman down. The Usos also attacked but we're both destroyed by the beast. 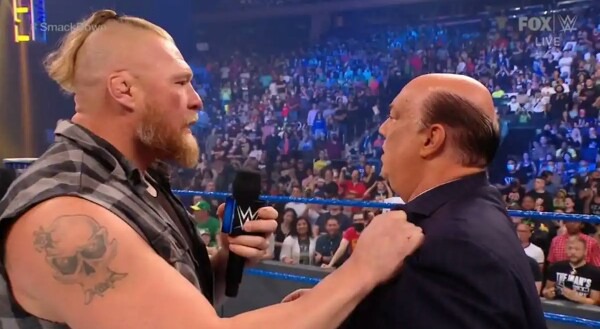 Lesnar stood tall in the kick off show of SmackDown.

Other Things That Happened At SmackDown

Rollins and Edge went one on one at MSG. Seth played dirty by going for the low-blow and some super kicks and stomps to finally win the match against his rivalry.

The Usos defended their Championship against the street profit. Roman Reigns interrupted the match to save his cousins from loosing their titles.

Winner - The Street Profits via disqualification

After the match, Roman took a mic and accepted Lesnar's challenge saying that he would deal with Brock like he did to Finn. After Finn's name was mentioned, the whole place turned red and the Demon Finn Balor appeared to confront Reigns in the ring. 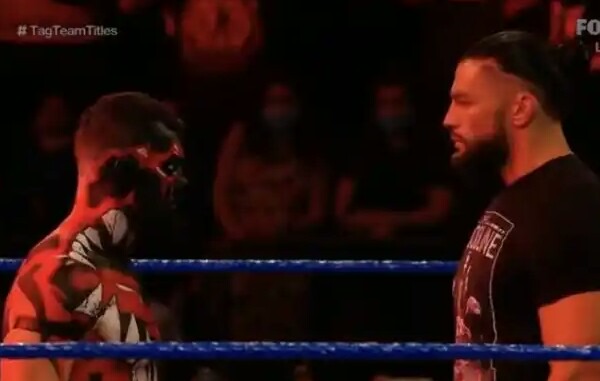