By Charlesayor (self media writer) | 2 years ago 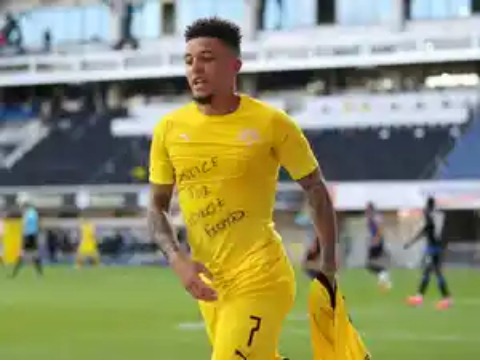 Manchester United continue to be heavily credited with jadon Sancho, who netted 20 goals and provided 20 assists in 44 outings for dortumund during the 2019-20 campaign.

Jadon Sancho is reportedly keen to join the 20-time English Title champions, but according to Bild, Jadon Sancho transfer hinges on whether manchester United can qualify for next campaign Uefa Champions League.

Manchester United are currently 5th on the Premier League Log , level on points with 4th-placed foxes, while they also have the opportunity to qualify for Europe's premier competition through the Uefa Europa League.

Agreeing a fee with BVB could be an issue, though, as the German club's sporting director identified as Michael Zorc recently insisted that the sancho would not be leaving on for cheap price.

The Ex- Manchester City player still has 2 years left to run on his current contract at Signal Iduna Park.