Tragic Deaths of Eight Footballers On and Off the Pitch...

Death is an inevitable event that happens to all human being, Everybody must die....

Here are sad and unforgettable events that happened in the world of Football, Eight players that died tragically on and off the pitch... The world of football will never forget our Heroes that lost their while lives playing the beautiful game of football. RIP LEGENDS!!! 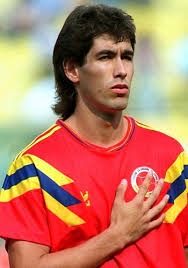 This happens to be the most well known and also one of the most shocking incidents in the world of football. The assassination of Andres Escobar.

Colombia was playing against the United States on June 22. It was their second game of the 1994 FIFA World Cup. Escobar had stretched out to intercept a pass by the American midfielder John Harkes and deflected the ball into his own net, a mistake which eventually resulted in Columbia’s 2-1 defeat to the United States.

Escobar returned to Colombia after their elimination from the tournament. On the evening of July 1, 1994, Escobar and a few of his friends went to a bar in the El Poblado neighbourhood in Madelin. After which they made their way to the El Indio nightclub. His friends left early and at around 3 a.m in the morning, Escobar was in his car at the parking lot.

It is there that three men appeared and an argument broke out between Escobar and the men. Two of them took out handguns and shot Escobar six times and left him bleeding in the car. The killer had apparently shouted, “Gol!”, imitating the South American commentators. Escobar died 45 minutes later after he was rushed to the hospital.

Humberto Castro Muñoz, a bodyguard for members for a Columbian drug cartel, confessed to the killing of Escobar after he was arrested on July 2, 1994. 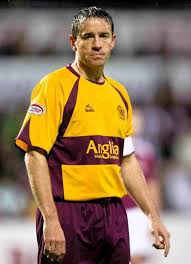 Phillip “Phil” O’Donnell (25 March 1972 – 29 December 2007) was a Scottish left-winger who played for Motherwell, Celtic and Sheffield Wednesday during his career. He has twice won the Scottish PFA Young Player of the Year Award.

On the 29 of December, 2007, Motherwell was playing against Dundee United. Phil O’Donnell converted a free-kick with a superb header to score for Motherwell. Immediately afterwards just while the team was celebrating, Phil collapsed near the sideline, his teammates still unaware of the tragedy that was about to unfold.

After being treated on the pitch by both the Motherwell and Dundee United club doctors for about five minutes, he was taken to Wishaw General Hospital. He was pronounced dead some hours later. The postmortem report revealed he had a left ventricular failure. 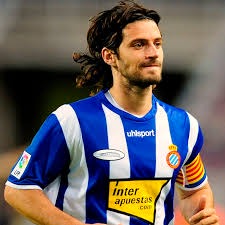 Daniel Jarque i Gonzalez (1 January 1983 – 8 August 2009) was a Spanish centre-back who played for Espanyol all his life. He was the captain of Espanyol when he had his sudden departure.

Various Spanish dailies reported that he was found dead in his room in the hotel where the Espanyol team was staying. They were on their pre-season tour in Coverciano, Florence, Italy. Apparently he was on the phone with his girlfriend when he had a heart-attack. But other sources also report that his girlfriend, who was then seven months pregnant, had earlier told Jarque’s roommate Ferran Corominas about his absence.

In 2009, after Arsenal won 6-1 against Everton in the Premier League, Cesc Fabregas celebrated his second goal by raising a shirt which had on it Jarque’s name and his number, 21. Fabregas was Jarque’s teammate in the Spanish Under-21 side.

Andres Iniesta, after scoring his 116th-minute winning goal against Netherlands in the 2010 FIFA World Cup final, also celebrated by opening his jersey to reveal an undershirt which read,

“Dani Jarque siempre con nosotros,” which translates to – “Dani Jarque, always with us.” 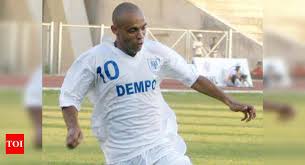 Cristiano Sebastiao de Lima Junior (June 5, 1979 – December 5, 2004) was a Brazilian forward who played for the Indian club East Bengal, alongside Baichung Bhutia and together they formed a formidable attack. Junior then made his move to Dempo where he met with his fatal accident.

Junior, while playing for Dempo against Mohun Bagan during the Federation Cup final, had a collision with the then Mohun Bagan goalkeeper Subrata Paul. Junior had just scored his second goal in Dempo’s 2-0 win over Mohun Bagan when this collision happened and he staggered and fell to the ground. He was declared dead after he was taken to Hosmat Hospital.

Ex-Dempo coach Armand Colaco said, “If there was a good doctor, Junior could have survived.”

It was medical negligence on the part of the federation that was majorly blamed for his death. The doctors in the hospital also said that no doctors were requested to be on the field on the day of the Federation Cup final. 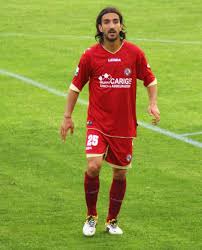 Piermario Morosini (5 July 1986 – 14 April 2012) was an Italian midfielder. On the 14th of April, 2012, his team Livorno was playing against Pescara in a Serie B match. In the 31st minute of the game he suffered a cardiac arrest and collapsed on the field.

Morosini was stretchered off with a defibrillator on him as he still retained consciousness then. The match was abandoned as the players left the field in tears.

Morosini died before reaching the Santo Spirito Hospital, where an explosion of shouts and tears by his teammates made the media aware of his demise. All the Italian league games were suspended for the weekend.

Livorno and Vincenza hung the number 25 jersey forever, it was worn by Morosini when he played for the respective clubs. 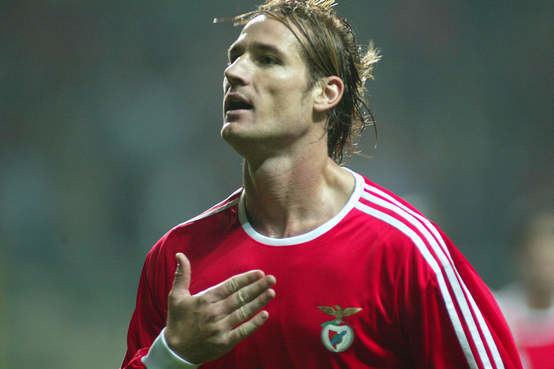 Miklós “Miki” Fehér (20 July 1979 – 25 January 2004) was a Hungarian striker who suffered a cardiac arrest when playing for his club Benfica, against Vitória de Guimarães in the Primeira Liga in Portugal.

Fehér had just come off the bench and had assisted his teammate Fernando Aguiar in scoring the only goal of the match. But later on, he received a yellow card in injury time. After this he seemed in pain as he tried to stoop forward and then collapsed backward and fell on the field.

Players of both the teams were shocked at this incident and they walked around the field with disturbed faces while Miki was being attended by the club doctors.

Cardiopulmonary resuscitation was provided before he was taken to the hospital. His death was confirmed before midnight.

His number 29 jersey was retired by Benfica. 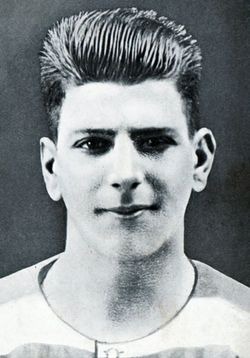 John Thomson (28 January 1909 – 5 September 1931) was already known for his bravery and recklessness on the field. He was a Scottish international who played for Celtic. On September 5, 1931, Celtic was playing against Rangers at Ibrox. As Rangers forward Sam English came to take a shot, John Thomson dived at his feet and took the full blow of the charge on his forehead. He lay there unconscious and bleeding. After initial treatment on the pitch, while he was being stretchered off, The Scotsman reports that Thomson was, "seen to rise on the stretcher and look towards the goal and the spot where the accident happened".

His skull had taken the maximum amount of damage and later in the afternoon he had a convulsion which was followed by an unsuccessful operation and he was declared dead at around 9:25 p.m. Thomson had apparently cast a spell on the spectators during his career. And he was very well known with first team position in both club and country. Thomson can perhaps be best understood from the words of Willie Maley, the then Celtic coach. Maley writes.

"Among the galaxy of talented goalkeepers whom Celtic have had, the late lamented John Thomson was the greatest. A Fifeshire friend recommended him to the club. We watched him play. We were impressed so much that we signed him when he was still in his teens. That was in 1926. Next year he became our regular goalkeeper, and was soon regarded as one of the finest goalkeepers in the country.

"But, alas, his career was to be short. In September, 1931, playing against Rangers at Ibrox Park, he met with a fatal accident. Yet he had played long enough to gain the highest honours football had to give. A most likeable lad, modest and unassuming, he was popular wherever he went.

John Thomson was only 22 years of age when he died. On his gravestone is written:

"They never die who live in the hearts they leave behind". 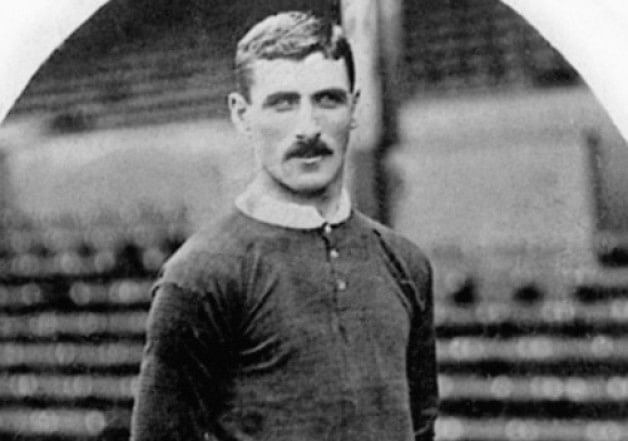 Tommy Blackstock (1882 – 8 April 1907), was a Scottish defender who played for clubs in his country and also for Manchester United. Only Manchester United was then known by their Victorian name, Newton Heath LYR Football Club. They were playing in the second division of English football.

Blackstock's death is one of the oldest recorded deaths in football. Blackstock was one of the key full-backs who helped United make it to the first division in the 1905-06 season. Manchester United conceded only 28 goals that season and boasted of the best defence of the league. Blackstock and his defenders, Bob Bonthron and Dick Holden, were key to this.

It was in the year 1907 April 8, Blackstock was playing for a United reserve side against St. Helens Recreation FC in the Manchester suburb of Clayton. Ten minutes into the game he headed the ball and fell to the ground unconscious. He was carried off the field and by the time he was taken to the dressing room he was declared dead.

But unexplained circumstances surrounded his death with reports saying that the doctors did not find any internal injury and they said that there was nothing physically wrong with him.

The Evening Telegraph only reported that there had been “little occasion to place any great strain on the heart.”

Please drop a heart for them in the comment box.

Content created and supplied by: lazio10 (via Opera News )