Who is the Greatest Midfielder of all Time? [Opinion]

By Tryhard (self media writer) | 2 years ago 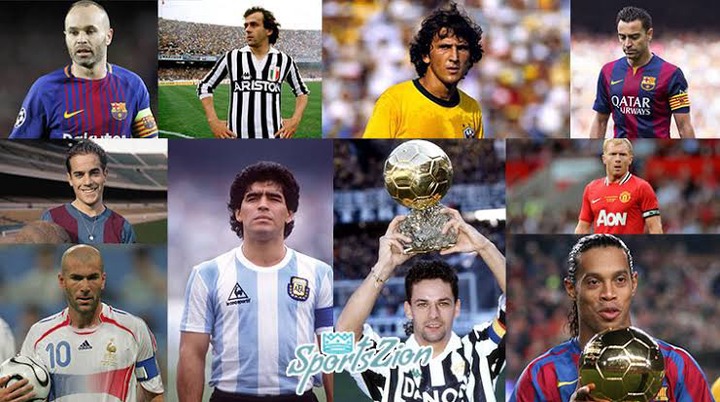 Let’s make a list and examine each player. I’m leaving out older players such as Beckenbauer, Cruyff, Platini and Charlton as I don’t know much about them.

Gerrard, Scholes, Lampard, Gascoigne were brilliant players but couldn’t even get close to winning anything with England, not even when Gerrard and Lampard played together (which was for a long time). On the international stage, Gazza is the best of the bunch. The difference-maker. Roy Keane was also superb for Man Utd and Ireland. Eric Cantona, also of Man Utd, was one of a kind.

Maradona is the best player ever but did everything on his own. Didn’t make others around him better. Was he a bit lucky to win those two titles (Napoli, Argentina)? Are two good runs enough to be the best ever? I see him as a more of a forward, he didn’t play defence. He’s more of a folk hero than a player who dominated for a decade, which another guy on my list did.

Modric is making everyone else better but failed to become a leader of the national team. Truly one of the greats though, as he is singlehandedly responsible for the introduction of the term “assisting the assister”.

Zidane is one of the best. The master of football, king of his era, elegance to behold, he won titles with Juventus and Real Madrid as well as the world and European title with France. His football brought trophies.

Ronaldinho is one of the most exciting players of all time but is a horrible underachiever. He could have had a better career if he took himself seriously. He was all dribbling and tricks. Throughout his career, we were waiting for him to fulfil his potential and he never did.

Gheorghe Hagi deserves a mention, as well as Andrea Pirlo, but only in the autumn of his career. Robert Prosinecki is the best dribbler and passer of all time, but had a career plagued with injuries and was tragically slow and lacking stamina.

If N’Golo Kante wins the world title with France in 2018 he’ll join my list.

My vote goes to Andres Iniesta. The finest midfielder ever to play the game, not only that he is the main man behind the success of Barcelona and Spain, but he started a new football style that was dominant for over a decade with him as the centrepiece. He is the heart and soul of football, and a humble man, too.

Xavi was also special, but it was always known Iniesta is the better of the two.

Alessandro Del Piero is the best classical number 10 ever. Pure Italian wizardry and the embodiment of trequartista. Matthäus and Totti also deserve a mention.

Sadly, we don’t have any of these playings anymore, only Modric and Kante. There don’t seem to be any truly dominant players on both club and national level at the moment.

My best three all-time midfielders are;

Share this that we can see other people's reaction.

Content created and supplied by: Tryhard (via Opera News )