Would Leo Messi Struggle if He Joins the Premier League? Here's What Football Statistics Says

By SportyGist (self media writer) | 9 days ago

Lionel Messi is arguably one of the greatest players of all time in football history. Messi's performance has always stirred debate among football fans. Some claim that if he had played in a much tougher league— the premier league, he would not have reached the heights he has now.

Would Messi perform as good as he does if he played in the premier league?

This article takes a look at matches Lionel played against premier league clubs and contrast his match performances against other top players who have great premier league records. 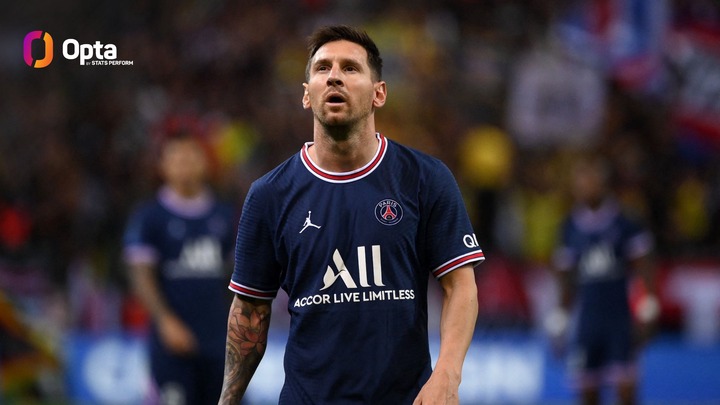 Some say Lionel has to prove himself by joining the most competitive league in the world. What better proof of performance than looking at previous meetings with top premier league clubs?

Messi has faced several top premier league clubs in the past. He's faced the top 6 clubs in the EPL and his performance levels strongly suggest he would cope just fine if he joins the league.

Messi has a higher goal-scoring ratio compared to even Cristiano Ronaldo who spent 7 years in the league. This further cements how incredible Messi's stats are. 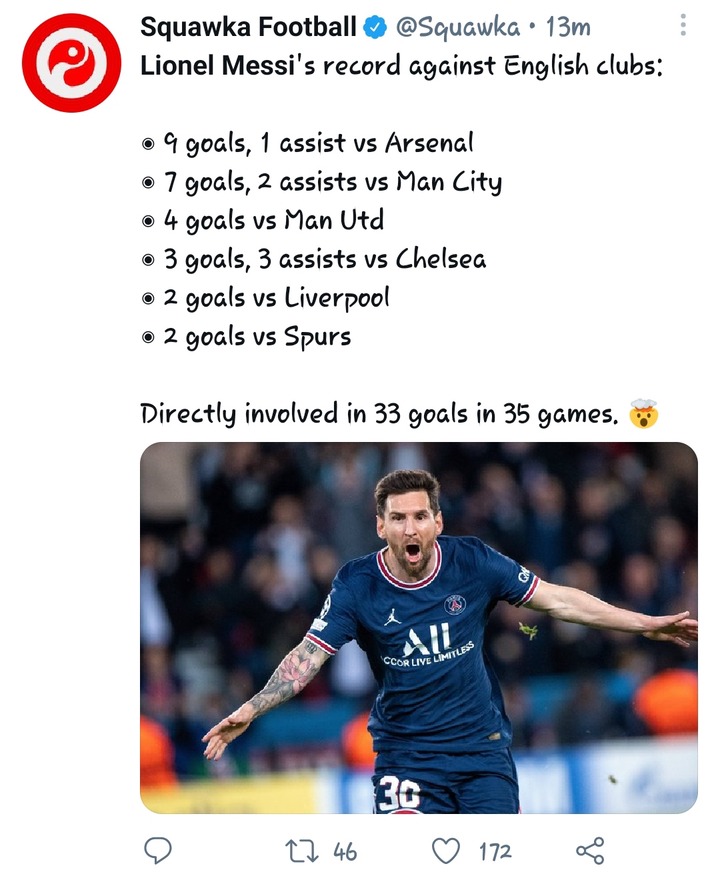 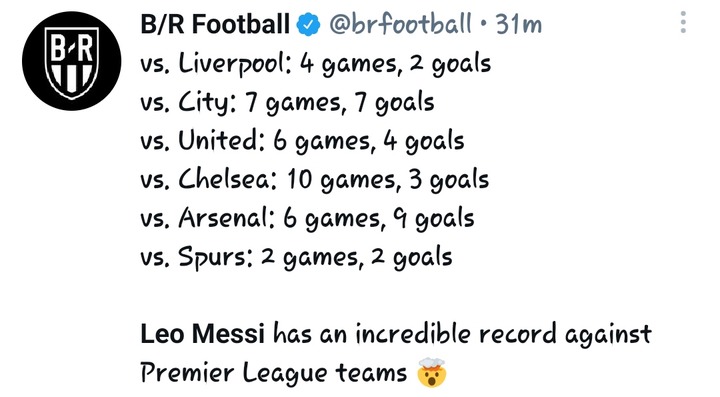 Messi has an incredible record against Premier League clubs and has had more goal contributions than any other player against the top 6 big clubs.

With these aforementioned football records, the answer is, Messi would continue to play exceptional no matter the opponent.

These champions league statistics denies the notion often held by some premier league fans that Messi would struggle if he joins the league.

Do you agree with this? What do you have to say about these statistics? Share your thoughts in the comments section.