Super Eagles of Nigeria prospect, Umar Sadiq was in action on Monday night for Almeria in their 8th league game of the Spanish La Liga Smartbank against Girona at the Estadi Municipal de Montilivi.

The Nigerian star retained his spot in his team's starting XI following his incredible performance for the club in their previous game and he was able to shine, having been a key figure in the squad paraded by Rubi. 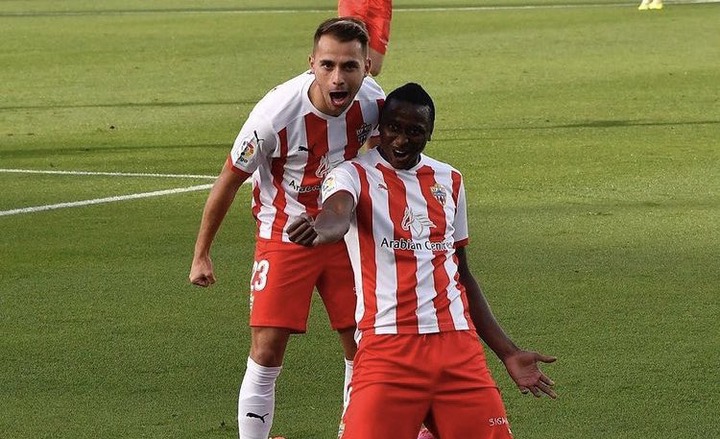 The 24 years old football maestro was fantastic in the show of the night as he scored a brilliant goal and created an assist which was instrumental in their two goals to one victory at full time.

Umar Sadiq played a key role in his team's great influx of delivery which as such placed them at the top of the table to keep going in the competition. 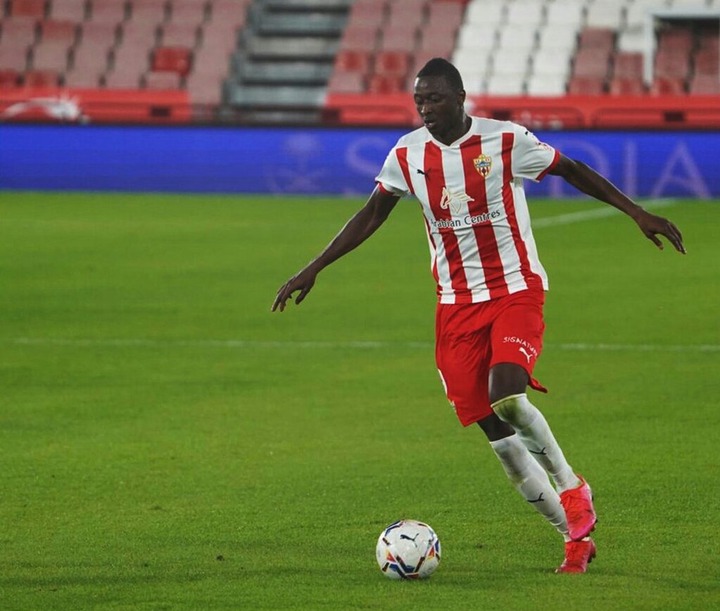 The tempo of the game got more intensed in the second half as they both put up some physical, tactical and technical displays but none was able to break the deadlock until the 52nd minute when Umar Sadiq gave his side the lead to make it one nil.

The visitor after conceding first got levelled with an equaliser in the 62nd minute with a goal from Bernardo to make it 1-1 before the goal opener, Umar Sadiq set up an assist for his team's second goal in the 68th minute as Lucas Robertone made it two goals to one. 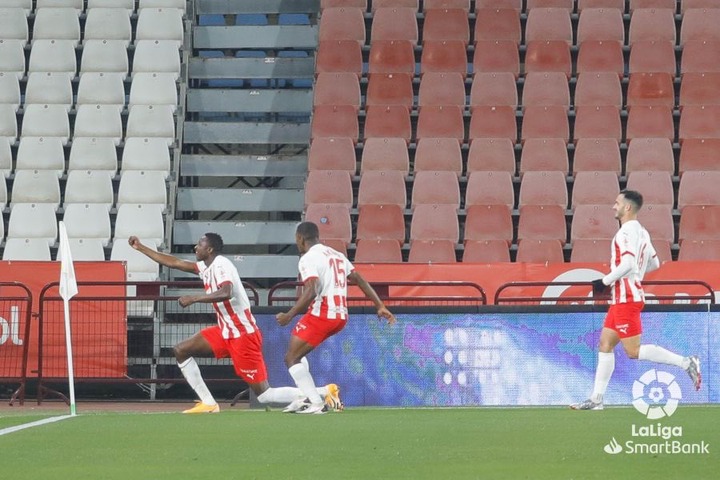 The win of the night for Almeria has now taken them to the top of the table with 18 points in 8 games played and as such be hoping to keep the winning streaks going in their next fixture, so as to continue their pursuit in the competition.