Three (3) Skills That Distinguished Xavi From Other Midfielders (Opinion)

Welcome Readers and Thank You for clicking, press the follow button at the top please.

Firstly, what does midfielders do?

Midfielders are players that occupy the center/middle of the pitch. They are trusted with the responsibility of creating goalscoring chances for the forwards through sublime passes like through balls, long passes, square balls and so on. 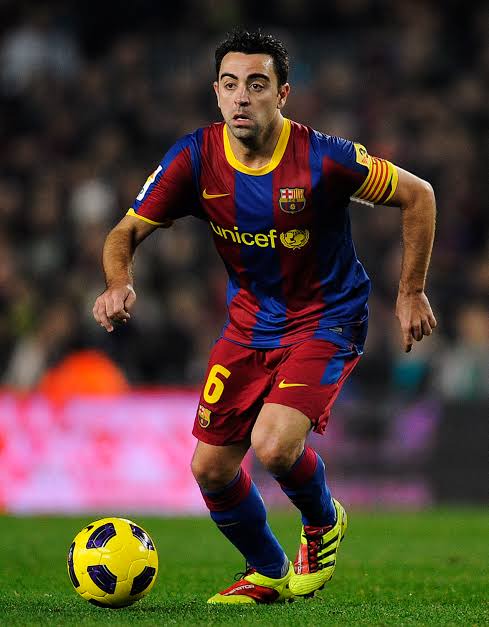 In this article we will be analysing Xavi's playing style and what made him one of the best modern midfielders of all time. The Barcelona legend possesses vision, passing and close ball control that a good midfielder should have in his arsenal. But unfortunately most of today's midfielders don't have it, let's get down to the analysis quickly.

1) Slowing The Pace Of A Game - I'll be starting with this, even though it is a little bit difficult to explain and harder to learn. It is simply known as the pause, according to my simple definition it is an act of slowing down the pace of a game and holding on to the ball much longer to wait for a new and better options on the pitch. 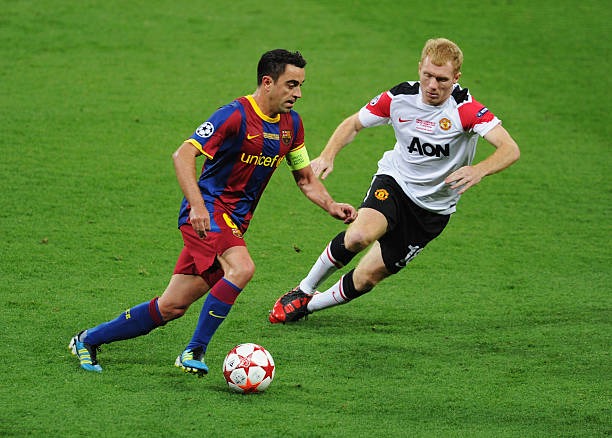 Xavi does this often to draw opposition's defenders to himself and free up spaces for his teammates to exploit without hinderance.

Perfect example of this occurred during the UEFA Champions League final match between Barcelona and Manchester United in 2011. If you didn't watch it, go and do so please. So back to what I'm saying, the first goal of the night arrived when Xavi received a pass from a teammate. 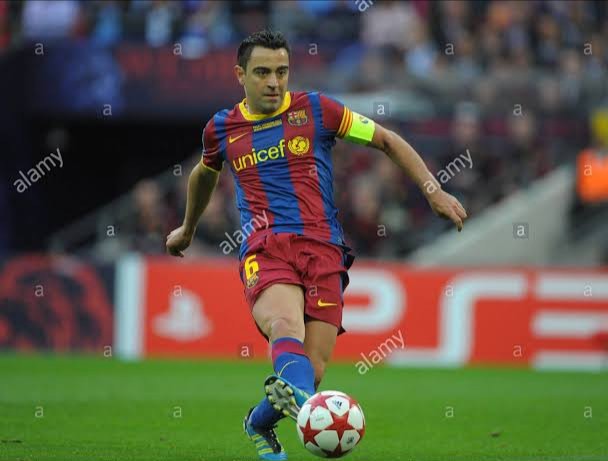 Instead of playing the pass to the nearest teammate, he held to the ball for some seconds until he spotted the run of Pedro at the edge of the box before finally releasing the pass for Pedro to score. 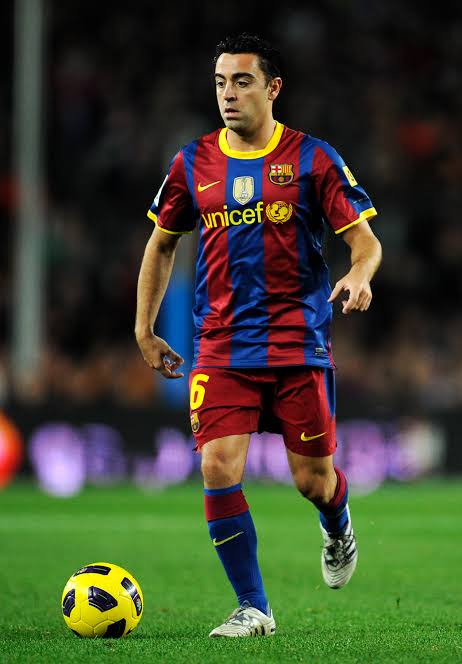 2) Positioning - During his playing days, no manager has ever complained about Xavi's positioning. He's got that spot on, infact his positioning has been good since his days at La Masia. He is always at the right place at the right time to either receive pass, support his teammates or score.

Xavi made sure he perfected his positioning so well throughout his career. As a central midfielder he knows when to move, stay or run depending on the situations of things on the pitch. 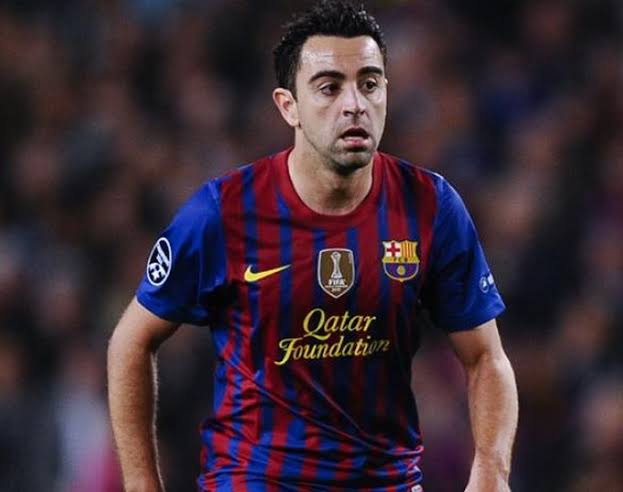 3) Stature/Physique - Physically Xavi isn't the tallest, strongest or fastest but he used his small stature/physique to his advantage.

His small frame coupled with flexibility, agility and close ball control was enough tools for him to cause damage to his opponents. By bursting into short accelerations, quick changing of directions, and weaving his way into tight spaces with excellent close ball control.

Xavi Hernandez was one of the players that change peoples' belief that short players can not compete at the top level. They showed the world height doesn't matter in football, what matters is the brain.

Do you have any contrary opinions, suggestions and feedback, feel free to do so?