By Football-Stats (self meida writer) | 20 days 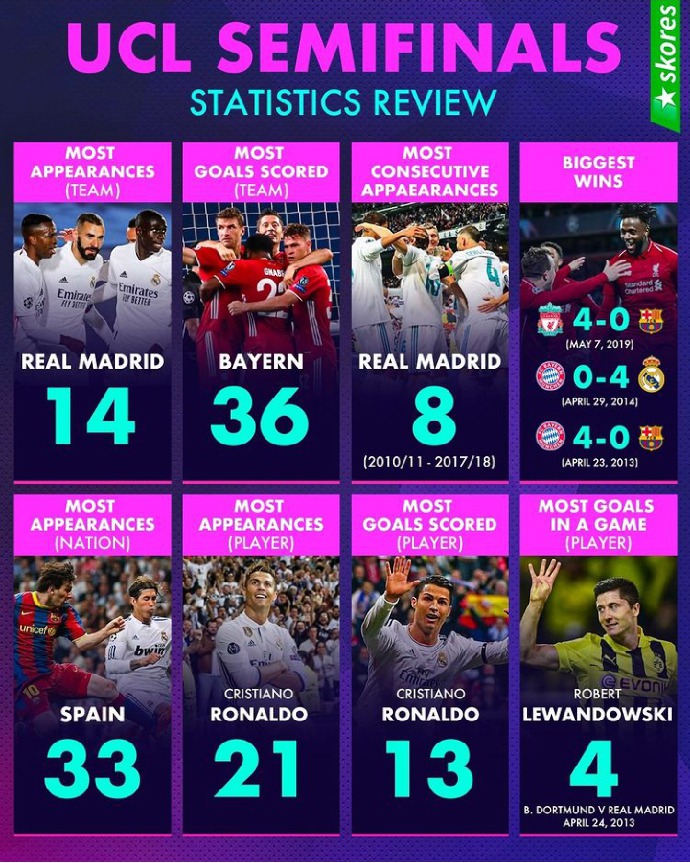 Real Madrid is the only team in history to have appeared in 14 UEFA Champions League Semi-Finals. Bayern Munich has scored the most goals in the semi-finals, with a total of 36 goals. Real Madrid is the only team to have made eight consecutive semi-final appearances, from the 2010/11 season to the 2017/18 season. Liverpool defeated Barcelona 4-0 at Anfield Stadium in the semi-finals. Real Madrid defeated Bayern Munich 4-0 at Allianz Arena on April29, 2004. Bayern Munich defeated Barcelona 4-0 at Allianz Arena on April23, 2013. Which current club willake it to finals? Write down your answers in the comment section below.

Ladies, Checkout These 24 Chic Ankara Tops With Different Styles That Would Look Good On You

Tonto Dikeh Replied A Fan Who Called Her “A Giver”

9 Bad Foods You Should Stop Eating