A tactical strategy Tuchel should demand from his attackers in order to them in scoring goals.

By Michphil (self media writer) | 20 days ago

Chelsea football club head coach, Thomas Tuchel might be in a serious series of research. As he will be eager to discover a new tactic that can become a solution to the goal drought of his attackers,

The German tactician has made numerous changes in the front-line position as he has paired Romelu Lukaku with different wingers in different games in a bid to end the lack of converting chances into goals by his attackers. But none of this combo has yielded a solid positive impact on the squad. Because the Chelsea attackers are yet to bond strongly with Lukaku and are also yet to be banging in enormous goals for the team.

But I believe that Tuchel should task his attackers on the need to make wise use of their chances whenever they are on the pitch.

The attackers can become key factors in scoring plenty of goals for the team if Tuchel would task them to minimize their touches around the goalkeeper's box.

1. Tuchel should demand that his wingers, develop the tactics of having two touches and shooting whenever they are inside or closer to the box: I believe that the Chelsea's attackers create plenty of chances in every of their matches, but they always end up wasting those chances because they make too much touches in areas in which they are supposed to fire shots. But if Tuchel could task them to lessen their touches and reduce their passes whenever they're inside or closer to their opponent's box. Rather they can concentrate more on shooting, then the Chelsea's attackers will be on the horizon of banging in goals for the squad in every game.

Chelsea lost to both Manchester City and Juventus courtesy of Chelsea's lack of firing shots and ability to convert goals from any distance by their attackers. 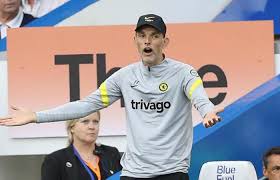