'We need Him as soon as possible' - Chelsea fans noticed what their team has lacked without Mount.

Chelsea suffered their second defeat of the season on Wednesday night after losing their second Champions League game of their defending campaign against Juventus. 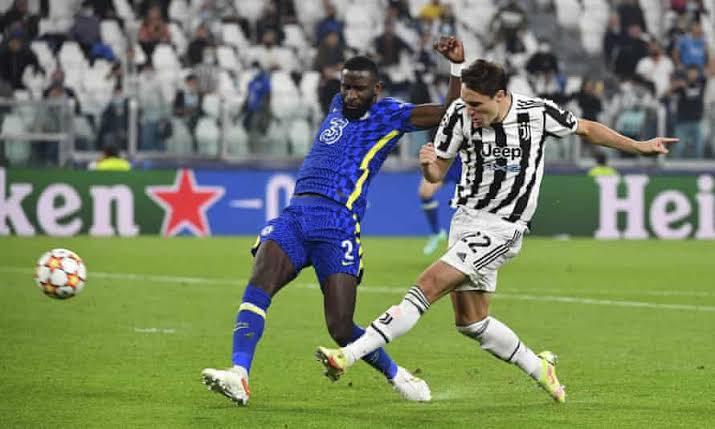 The London club conceded the only goal of the game in the first few seconds of the second half, and they struggled to break the Juventus defense throughout the remaining minutes, but they couldn't find the back of the net as Juventus stayed back to defend their goal throughout the game. However, Chelsea had the bigger share of possession in the game, but they failed to create enough goalscoring chances for their attackers throughout. Chelsea has missed Mason Mount in their last two games and they have been defeated in the two games.

And after their second consecutive defeats without Mason Mount in the team due to injury. Chelsea fans have noticed the importance of the English attacking midfielder in their team, as they claimed that Chelsea has lack creativity in their last two games without Mason Mount, and they want him to return to the team as soon as possible.

Below are some of their reactions after the game.

Bandito E. Said: We need Mount as soon as possible. This was really terrible, 0 creativity today.

Damilola R. Said: I'm sorry for criticizing Mount in our past games.

See more reactions from them below. 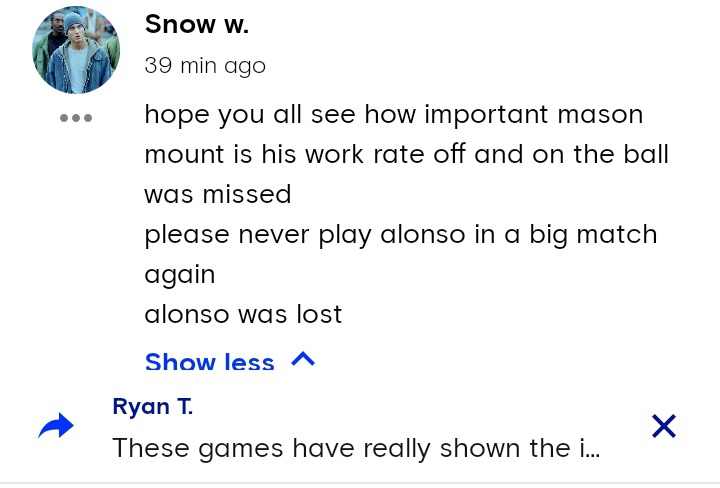 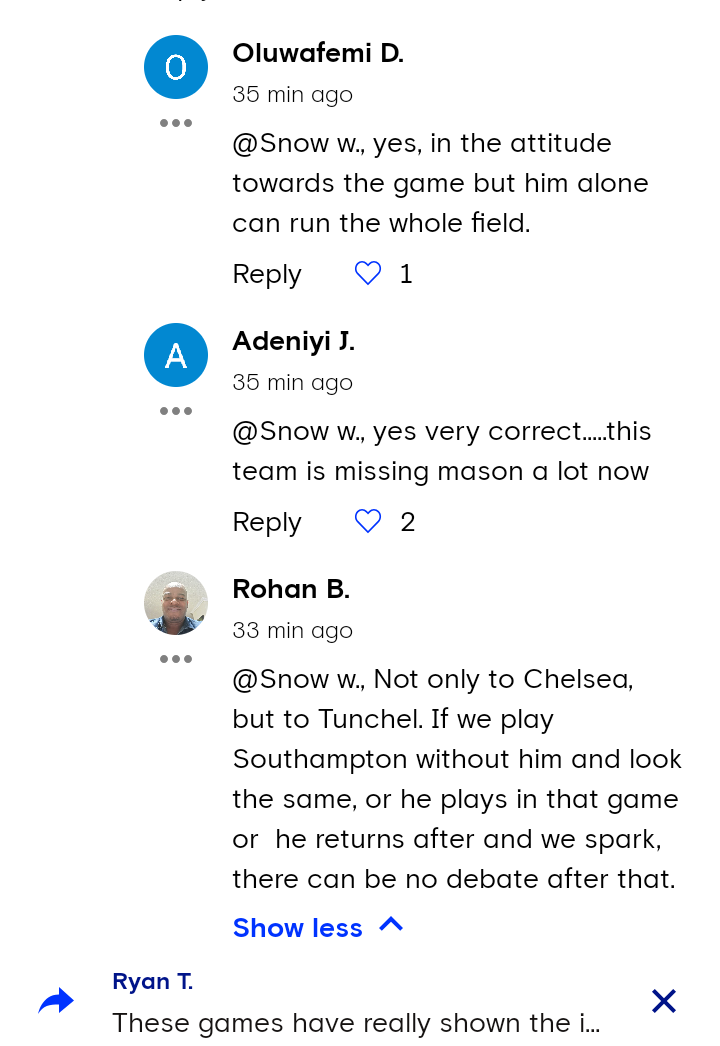 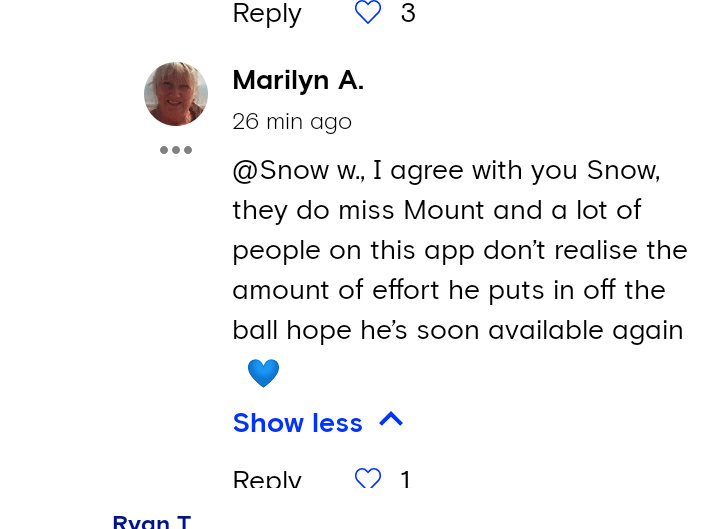 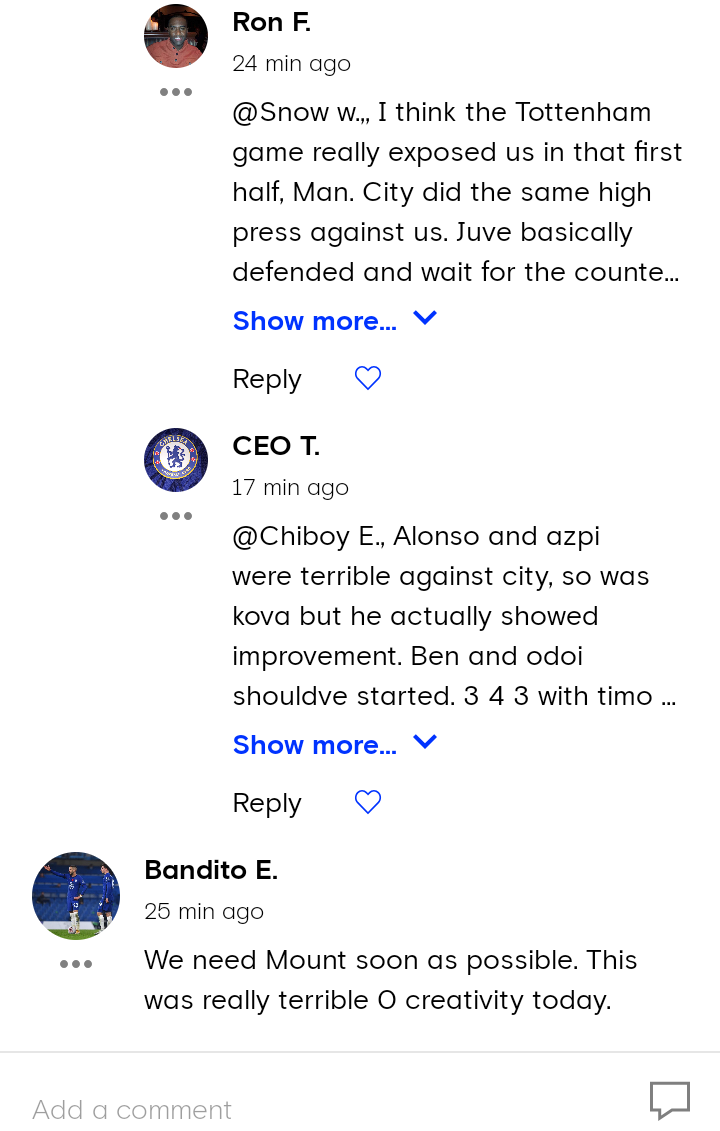 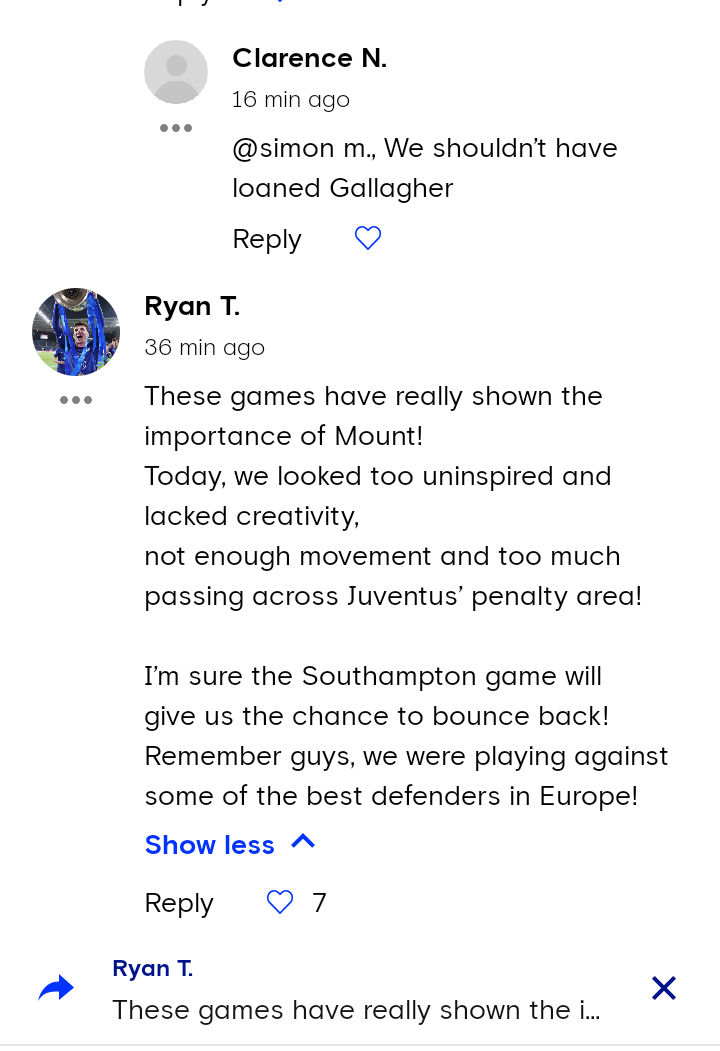 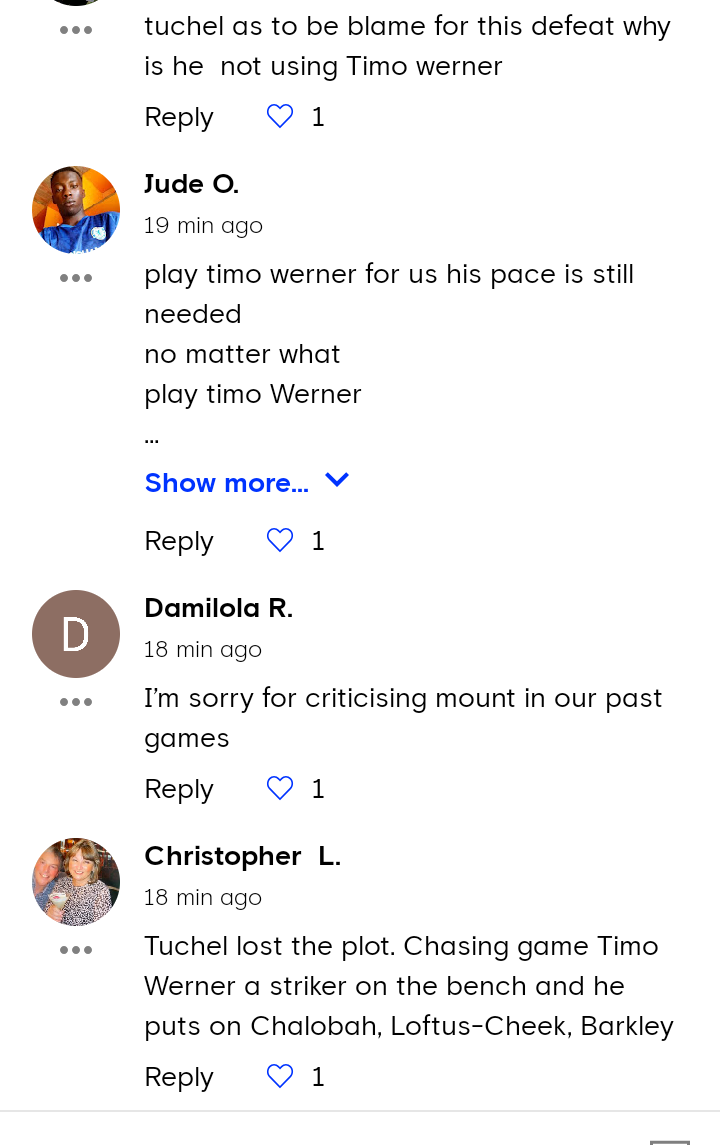 As a Chelsea fan, did you noticed the same thing in their last two games?

Six Questions You Must Consider as a News Writer

Foods That Can Help People Recovering From Stroke Attack

MNU 0-5 LIV: 4 Liverpool Players That Were Outstanding Against Man United

Top Ranking: Here Are The (5) Top Performers In The Premier League Matchday 9