PHOTOS: Italy Players Receive Heroes Welcome As They Returned To Rome With The Euro 2020 Trophy

The players and staff of the Italian national team have returned back to their country with the Euro 2020 trophy, following their penalty shootout victory over England last night.

Roberto Mancini's men had to fight back after going down to an early Luke Shaw goal in the second minute of the game. An equalizer by Bonucci in the 67th minute of the second half dragged the game to extra time and then penalties. 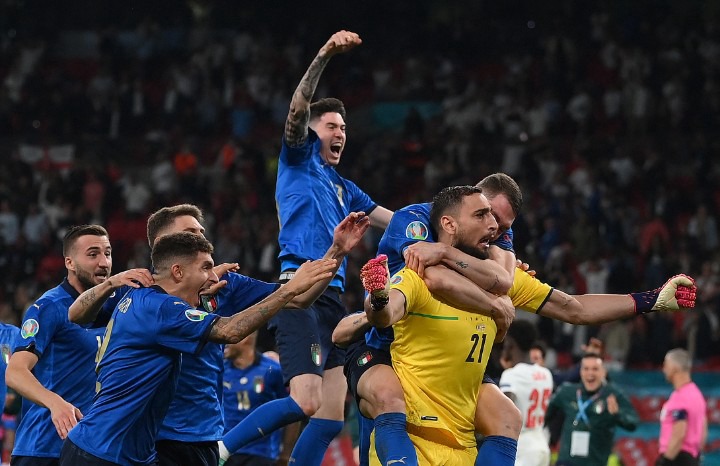 22 year old shot stopper Gianluigi Donnarumma was the hero of the night as he saved Saka's penalty kick to hand his team the trophy. 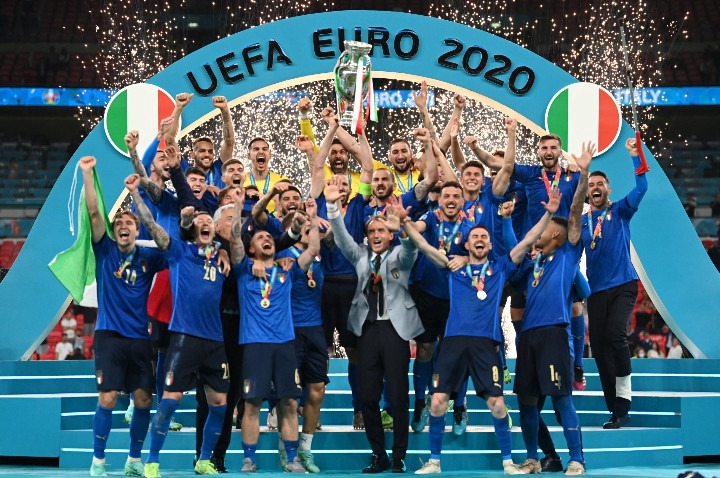 It is only the second time in the history of Italy that they have won the Euros. It is also their first major trophy since they lifted the FIFA World Cup in 2006.

The result sparked wild celebrations from fans in the Italian capital - Rome. 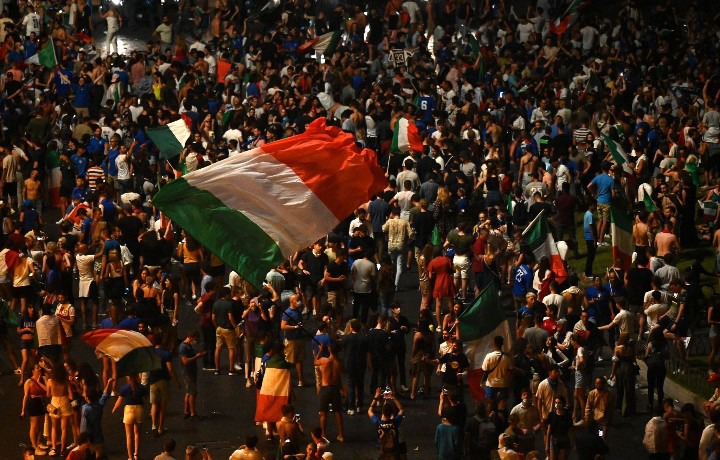 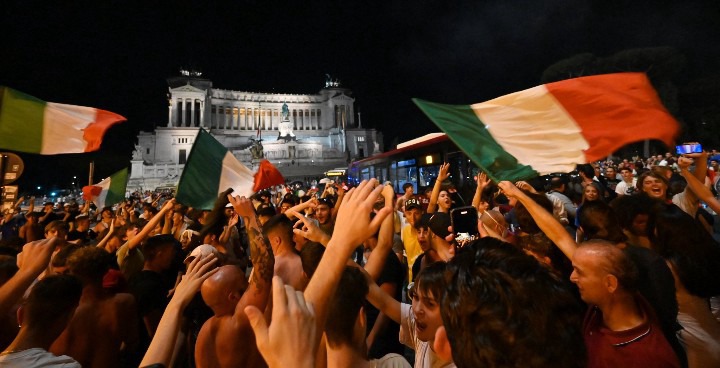 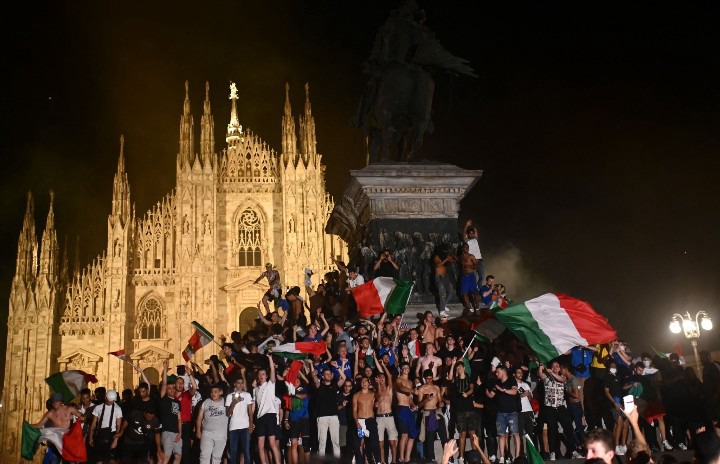 After an enthralling night at Wembley stadium, the Azzuri have made their way back to the Rome. The squad landed safely in their chattered flight before they proceeded to their hotel using their team bus.

Upon their arrival, they were greeted by hundreds of fans who were waiting to welcome them back as the new champions of Europe.

Here are more pictures of the Italian national team returning back to Rome with the Euro 2020 trophy: 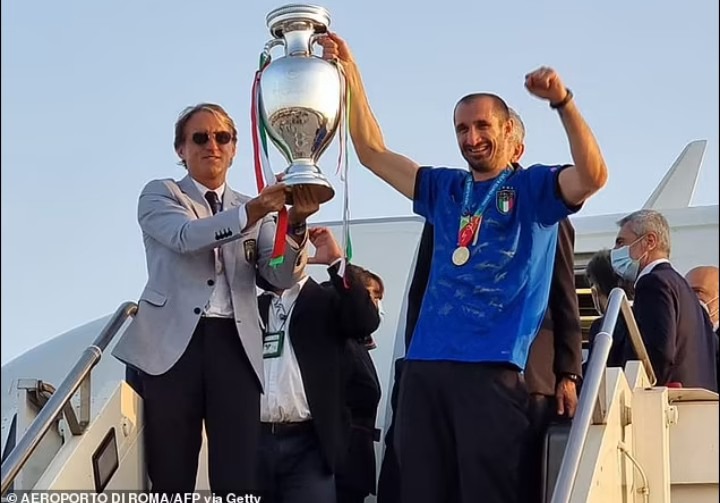 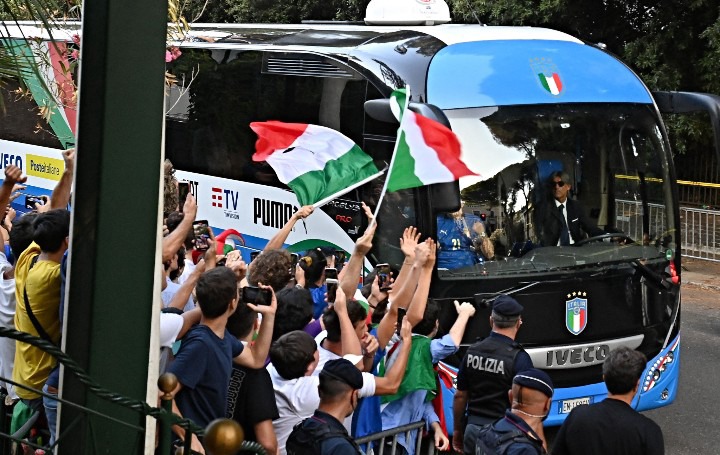 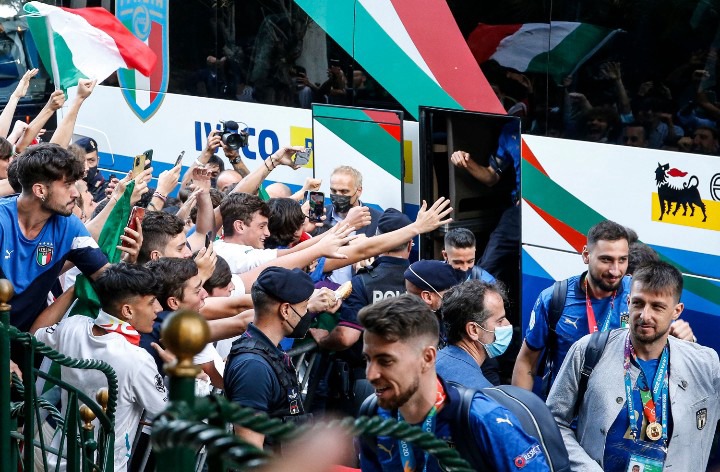 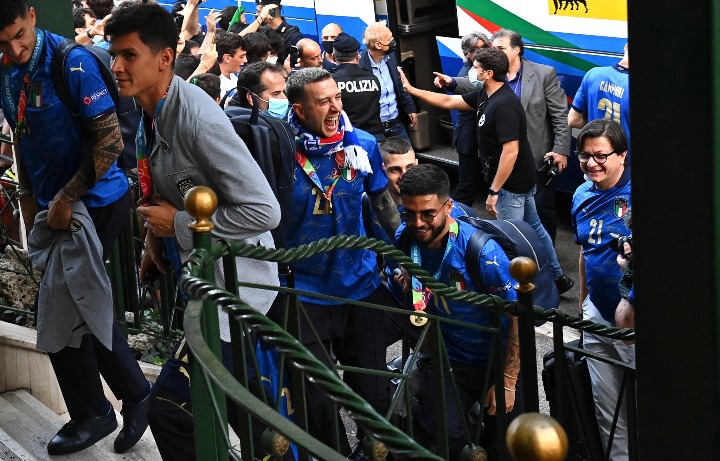 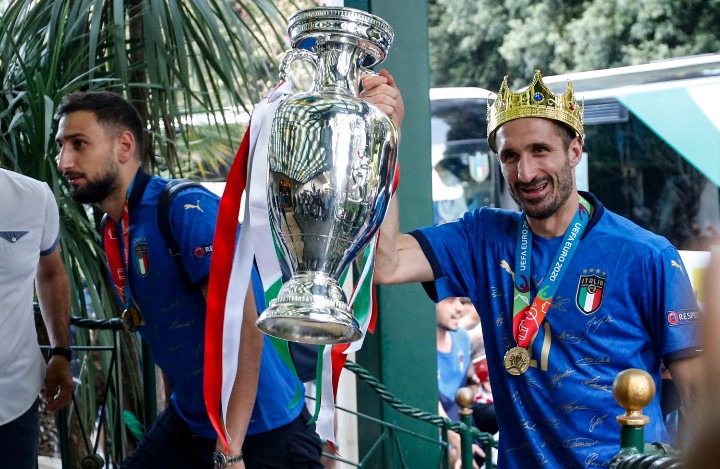 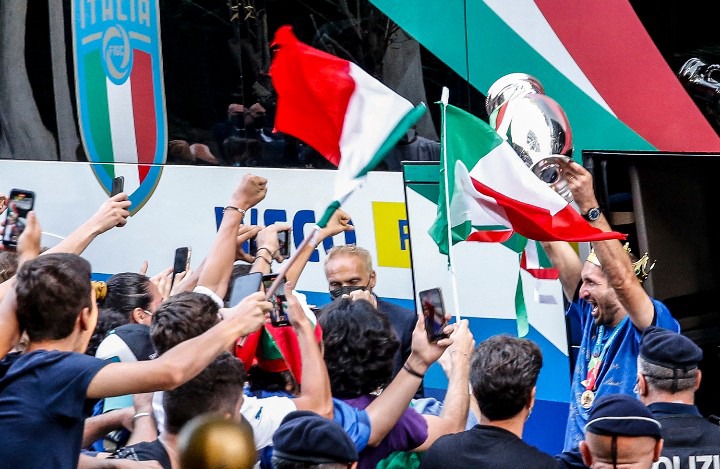 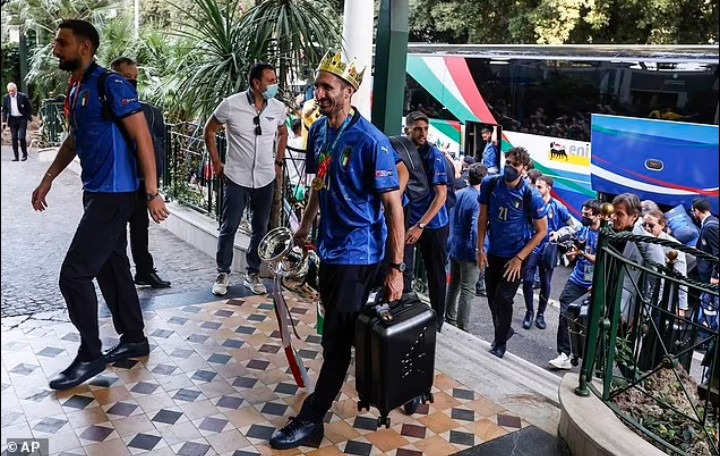 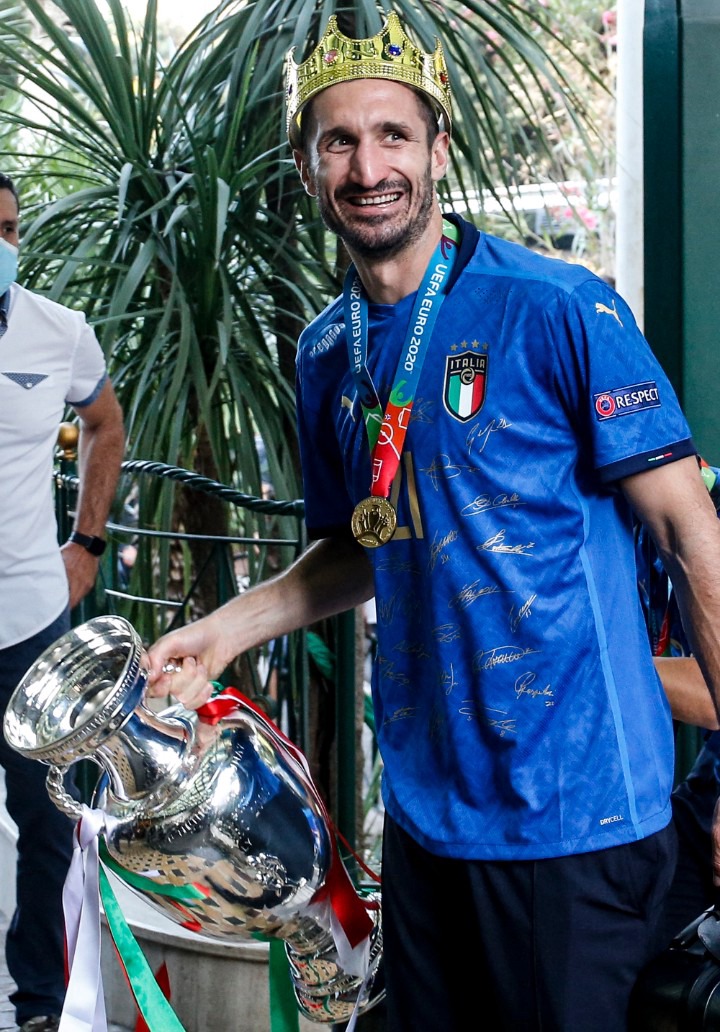