Manchester united would face Chelsea for the fourth time this season, and they have been victorious in their last three meeting but they should rely on the past victories. Ole Solskjaer would have to find a way to name a strong lineup, as their next Match would be against West ham, which is far more important than their match against Chelsea. Below are four ways Ole Solksjaer could lineup his squad against Chelsea tomorrow. 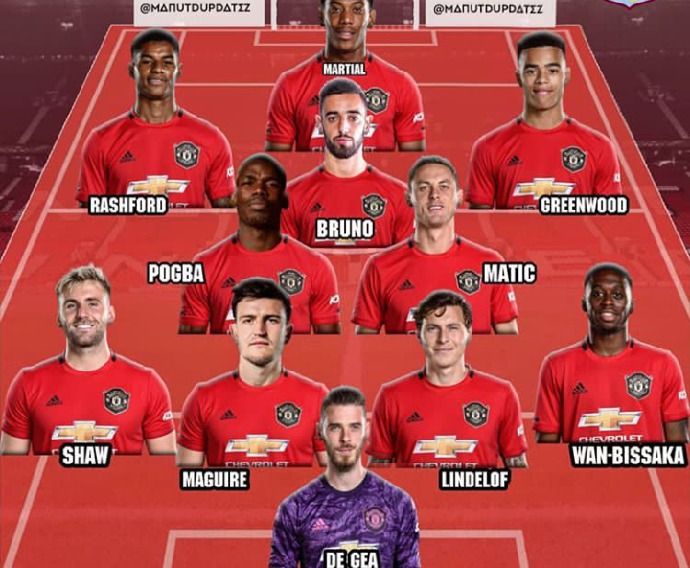 The first way Manchester united could lineup and face Chelsea at Old trafford.

Manchester united could lineup strongly against chelsea, and start David de gea instead of Sergio Romero. Their defense back four would be Luke shaw, Harry Maguire, Lindelof and Aaron Wan-Bisakka. This would be great as Manchester united have kept the most clean sheet in premier league this season with these back four.

Pogba would have to partner with Nemanja Matic at the defensive Midfield while Bruno would assigned with number ten duties. The forwards will include Greenwood, Rashford and Anthony Martial. 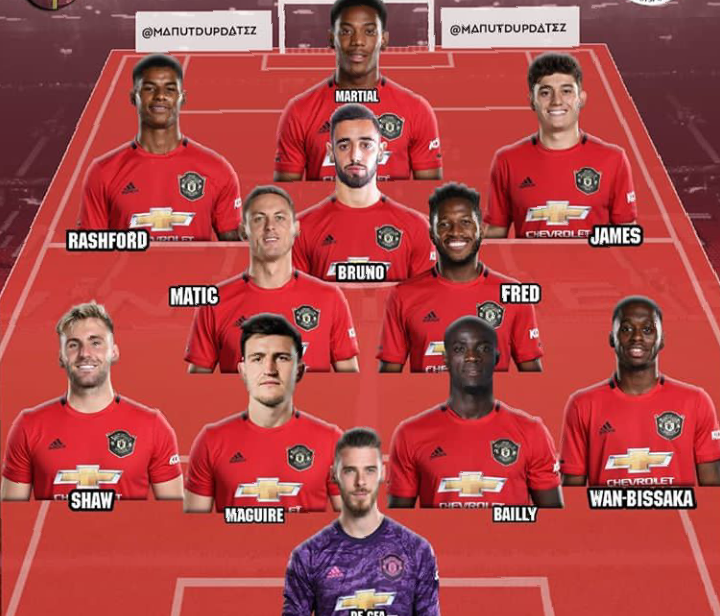 Fullbacks: Wan-Bisakka and Luke shaw would replace the black eyed injured Williams who would start from the bench. 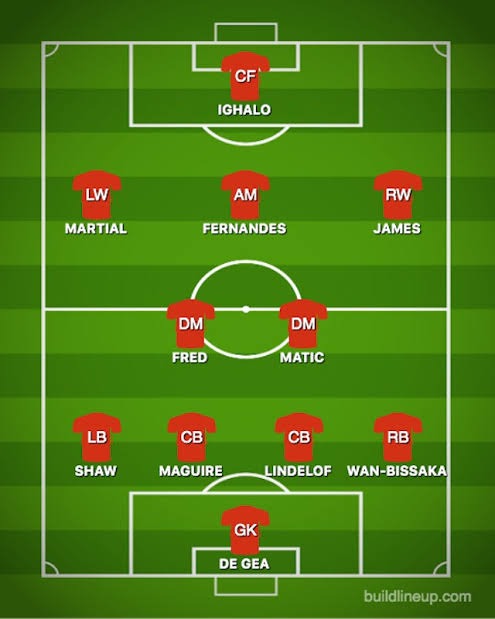 Manchester united could chose to start Odion Ighalo ahead of Martial, ighalo have been a constant threat in FA cup competition. The attacking Midfielders would be Fernandes, Martial replacing Rashford while James would replace Greenwood. The defensive midfield would feature fred and Nemanja Matic. The back four would consist of maguire partnering with Lindelof at the central midfield, while Shaw and Wan-Bissaka would assume the full back roles. 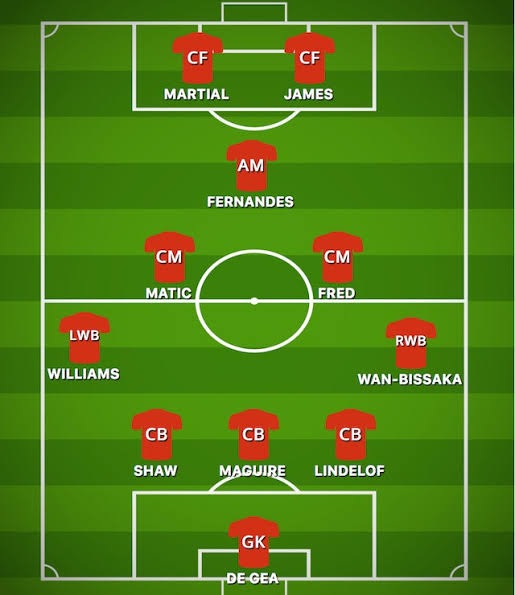 Which of these lineups do you prefer?