Man United's Gaffer, Ole Solskjær is currently under huge criticism following his handling of Man United Team this Season. The Norwegian has been looking for the best Team to field in every game, thereby working effortlessly to stabilise United for his first silverware challenge this season. 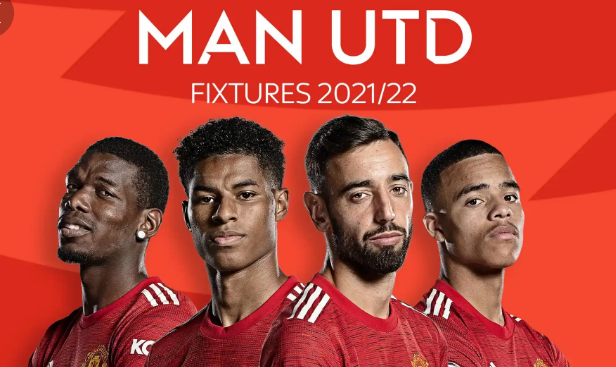 While United's Coach still struggle for a formidable team to execute his numerous games to come, notable fixtures are here already and United Shouldn't have any excuse, to be below par on the table when a lot is expected of them, especially with the presence of Ronaldo in the Team. 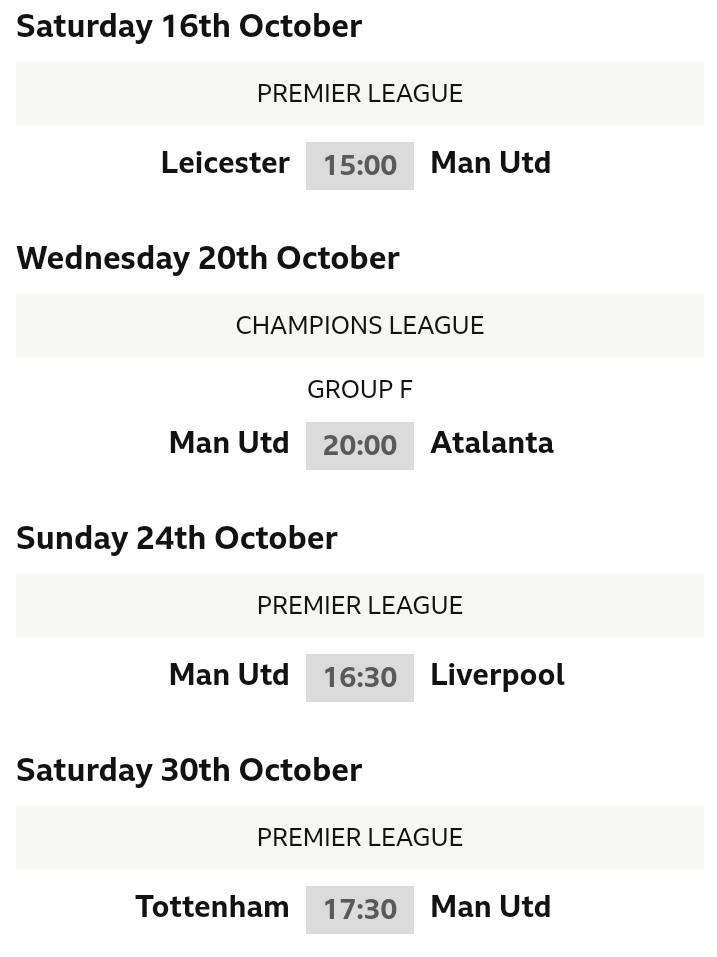 Man United will travel to Leicester City for their Matchday 8 game, which will definitely not be a walk over. Brendan Rodgers' Leicester City will be at the king power stadium to face an unstable United side. 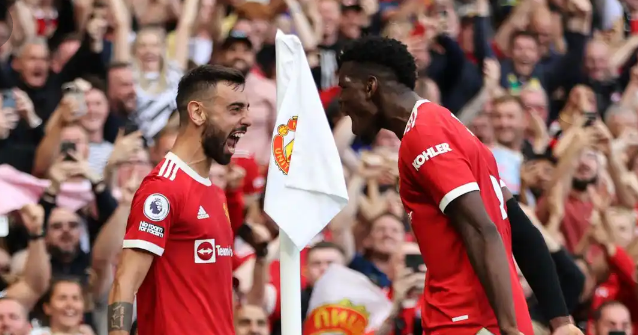 Iheanacho's side have only acquired 8 points in 7 games and also close to the relegation zone, they will give Ole Solskjær some headache. Victory is not certain for United. Another Champions League distraction will hit United from Atalanta. Atalanta is ahead of United on the Champions' Group Table which they will jealously guide in order to appear in the next round while United will also be capitalising on home advantage to beat the Italian side. 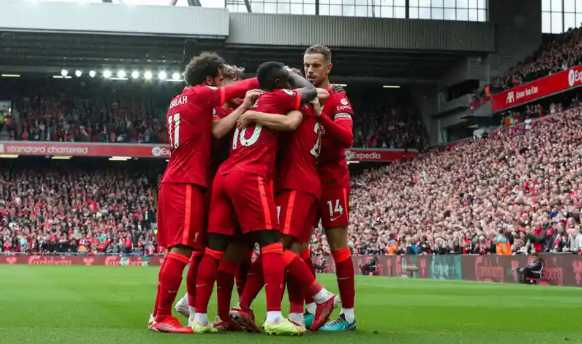 No home advantage against Liverpool as it is obvious this season, that Liverpool have found their best form even though they will be playing at Old Trafford. Liverpool are the only Team yet to lose a game in the premiership this season. They are 2nd on the log with 15 points ahead of United by just 1 point but won't want to go down for another Reds, and so the rivalry continues. However, victory is not certain for United.

Last game for United this month shall be against Spurs. Esprito's side have defeated Man City this season, United can't be too respected at Tottenham Hotspur Stadium. This game doesn't even guarantee United a point because Spurs are just returning back to their best form following their 2-1 victory over Aston Villa which came after a winless run of games since August. 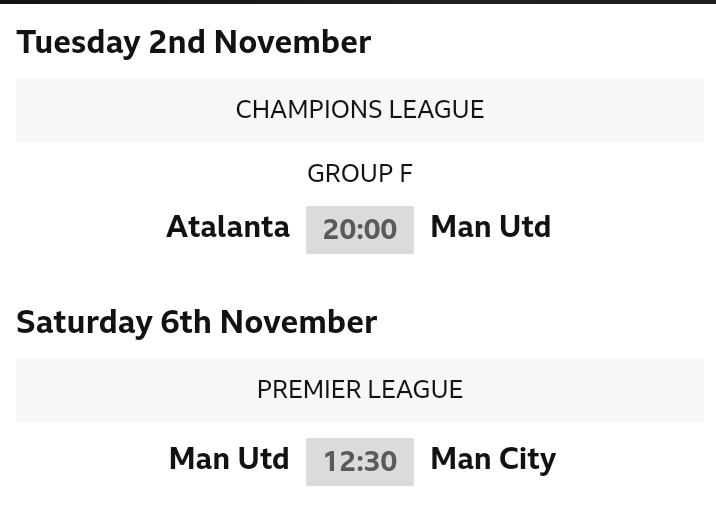 Another distraction will take United to Italy for their return leg of Champions League game against Atalanta, which they must win based on their standing on the Group Table. Next point of call will be Guardiola's side that finally beat Tuchel's Chelsea convincingly this season. Ole has got a formula for Guardiola like Thomas Tuchel right from time but the same way Guardiola beat Chelsea this season will also be applied against United. This is another game United doesn't have any Power over even when the meeting place is Old Trafford. 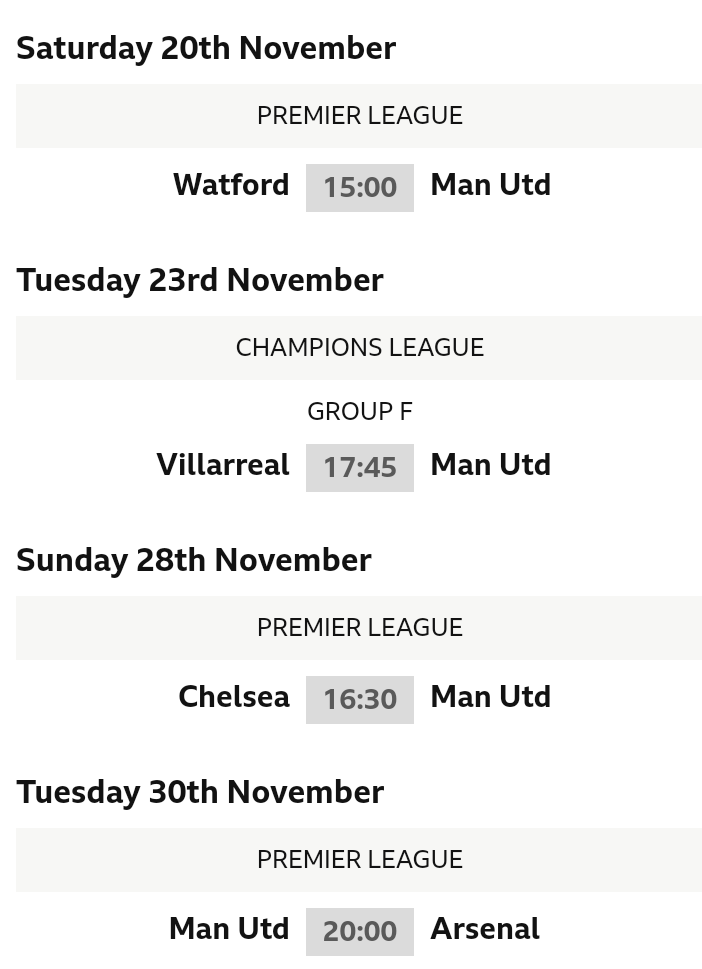 Watford are the only Team that United can boldly attack with a winning mentality, but going to play away at Watford also create a neutral atmosphere for the game outcome as Watford are in position to lay tactical ambush for their visitors. The League Leader and defending champions, Chelsea will not want to lose another high profile game after City's defeat so as to maintain their lead and protect the Title won last season. 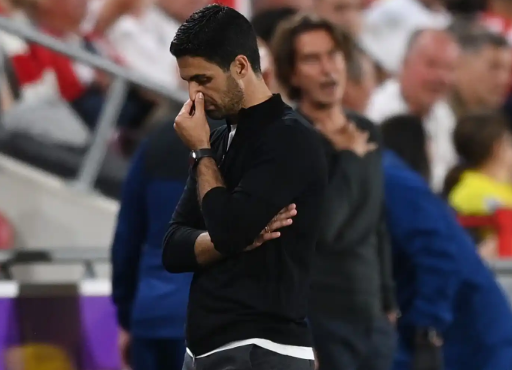 A terrible Arsenal side that is struggling to keep their Coach's job will by all means apply all it takes to get a draw or a win at Old Trafford. Gunnar's campaign to return to European Competitions this Season has been tied to Coach Mikel Arteta's job and any flop against a top Team will get his job reviewed, which may eventually send him out of the Emirates Stadium. 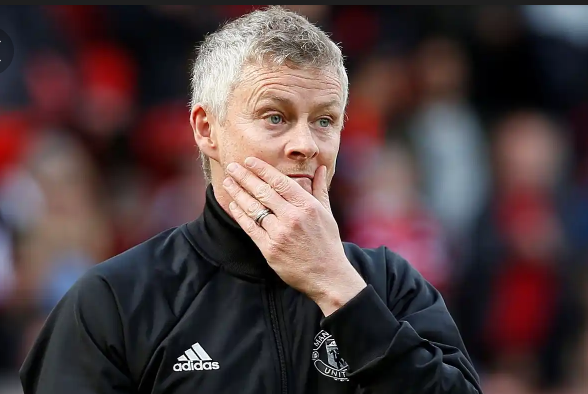 United's calibre of Oppositions before Christmas is significant to their premier League standing before and after Christmas, which also go a long way in assessing them. Ole Solskjær must be ready to face more criticism and tactical hardship, as he concentrate on keeping his job after the December break. United could be found wanting after playing Arsenal FC because the visible points they can acquire from these fixtures may be low. From available 21 points in these fixtures, hardly will United secure 13 out of it because United's Coach hasn't been managing his Strikers well. Whatever happens during the Christmas season matters a lot in winning the title or maintaining the top 4 spot for Champions League bookings. Will United impress the Football World or will it still be a fight for top 4 spot? It's a heavy fixtures for United and Ole must be on the wheel. Follow for more stories.