By DailyNews4 (self media writer) | 1 year ago 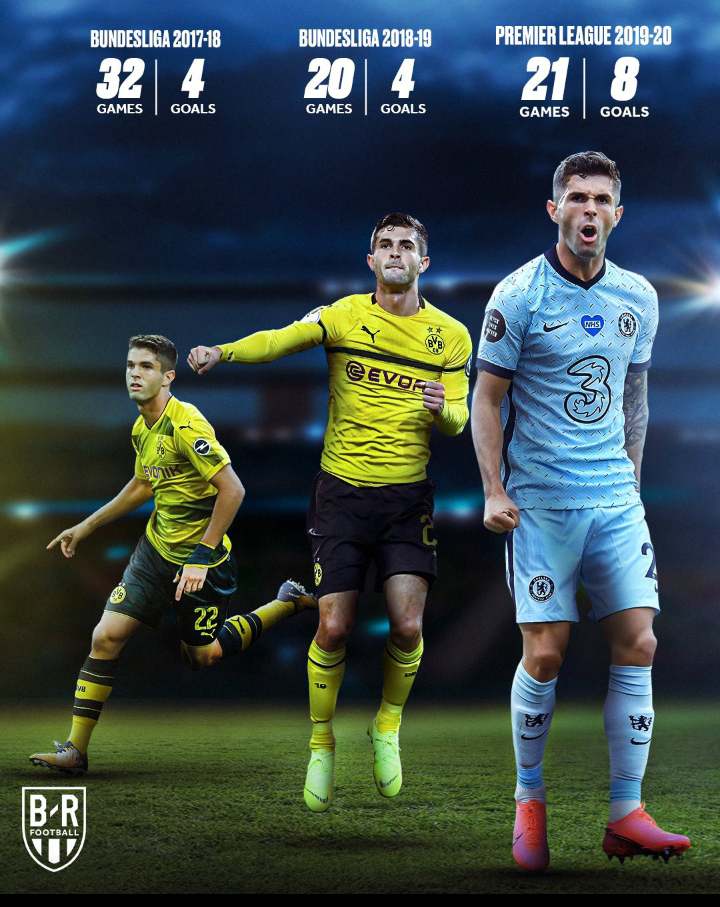 The United States international has been outstanding for the Blues since Premier League restart, netting three goals and claiming several man of the match displays.

Pulisic will be in contention to start against Manchester United today in the FA Cup semi-final and he would be a huge threat to Ole Gunnar Solskjaer's side. However, the Dally Mail reports that Frank Lampard has revealed the reason behind Pulisic's improvement. Here's what Lampard said. As we may know, the physical nature of the Premier League is more greater than any other league in the world.

So, Pulisic appears to have developed more muscle, quicker than before and also benefited from some rest after being out from January to March due to injury problem.

If you can recall, Christian went from playing for Borussia Dortmund in 2019 to playing for USA at the Gold Cup in the summer of 2019 and then straight into preseason with Chelsea without having a rest.

Having a break with extensive work on his physical nature, has done greatly for the winger who is now capable of displaying his qualities on the pitch.

His quality works has now made Chelsea counting on Pulisic to seal their top four finish and win them the FA Cup this season.