Arsenal reportedly set to miss out on Ghanaian star Thomas Partey amid reports he will pen a lucrative new contract to stay at Atletico Madrid.

The 27-year-old midfielder, who came through the academy at the La Liga side, has been a crucial part of Diego Simeone’s side for the past few years and has made 44 matches in all competitions during the current campaign.

Gunners manager Mikel Arteta is known to be keen on adding a new central midfielder to his roster, especially given that Matteo Guendouzi is likely to quit the club following his exile.

Partey was said to be considered one of his top targets, but according to GhanaSoccerNet, he’ll instead put pen to paper on an £135,000-a-week deal to stay with Atleti.

The news will come as a blow to the Gunners and will see them look towards other alternatives as they attempt to build a squad which can compete for major honours next term.

They may choose to make Dani Ceballos’ loan deal permanent following his impressive displays since football resumed, but his parent club Real Madrid have allegedly told them he will cost £23 million.

Having failed to make a name for himself in Spain since arriving from Liverpool in 2018, Coutinho has been persistently mentioned with a move back to the Premier League.

Newcastle United and Arsenal are two top-flight clubs that have been tipped to move for the playmaker this summer, with Bayern Munich turning down the opportunity to bring in Coutinho on a permanent basis following his loan stint in Germany.

According to Goal, Barca are desperately attempting to instigate a sale and have offered the former Liverpool star to Arsenal and Newcastle. The London giants will save up to £18m on a potential swoop for Espanyol star Marc Roca following their relegation from La Liga, according to a report. Previous reports have linked U21 Spain international with a move to Arsenal. Marc was a mainstay in Espanyol’s fight against the drop, having featured in all but three league matches.

However, after only winning five games, Blaugrana confirmed their relegation last Wednesday. Espanyol are willing to cut Marc’s asking price from his €40m release clause to between €20m and €25m. The source adds that Gunners and Los Blancos will “undoubtedly” take the development into account, given the financial implications of the covid.

Indeed, Gunners are reportedly showing the most interest in Roca and Arsenal are “best positioned” as it stands to make a move. The 23-year-old midfielder allegedly wants a new challenge in the Premier League and would welcome a move to the Emirates. In fact, he switched agents earlier this year in an offer to find an English suitor.

Arsenal set to miss out signing of French midfielder 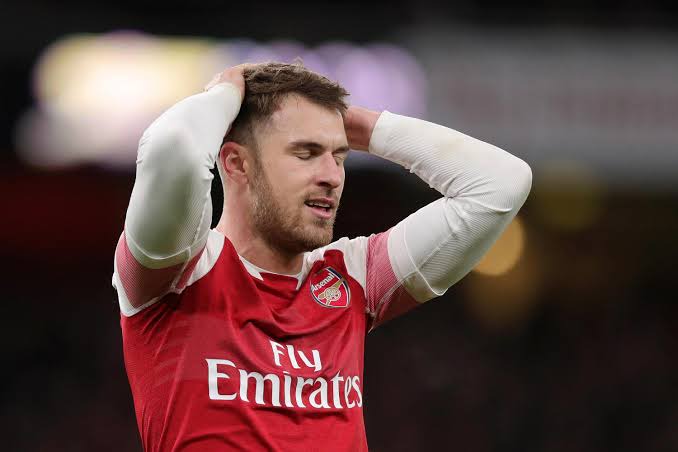 Juventus chief football officer Fabio Paratici has rubbished rumours that Adrien Rabiot could depart from the club during the summer transfer window despite interest from Arsenal and Man Utd.

The 25-year-old has only joined the Old Lady last summer, but Premier League giants are among the team to be credited with an interest in Frenchman’s services over the last few weeks.

Rabiot has only started 13 Serie A games for Serie A champions, during the 2019-20 season, while he is yet to assist or score any goal for Maurizio Sarri’s team.

However, Paratici has claimed that the Frenchman is “very important” for the team and will be a part of their “future”, ruling out his exit from the Allianz Stadium.

“Let’s not forget that Rabiot is in his first year in Italy, and the first year is always special,” Paratici told Sky Sport Italia.

“At the start of the season, we could see the same doubts over Matthijs de Ligt, who happened to be the best defender in the Champions League (with Ajax last season) at the age of 19. Now I see there is a different opinion of him.

“Rabiot also arrived from PSG after six months of inactivity. He had to catch up with his physical condition. That said, he is a great player, someone who is very important for Juventus today and will be for the future.”

Rabiot’s current deal in Turin is set to expire until the end of the 2022-23 season.