"It Is Time For Change", Arsenal, Man United And Liverpool Fans Start Campaign Against Their Owners

By Jaywebmedia (self meida writer) | 17 days

The main basis of Football is the fans and the players, and the fans have shown their power to the various club across Europe as all English teams, has drop out from the Super League.

Despite the fact, that Arsenal, Manchester United, and Liverpool have decided to leave the Super Cup, their fans are not ready to go back as they are already to chase away their various owners from their respective clubs. 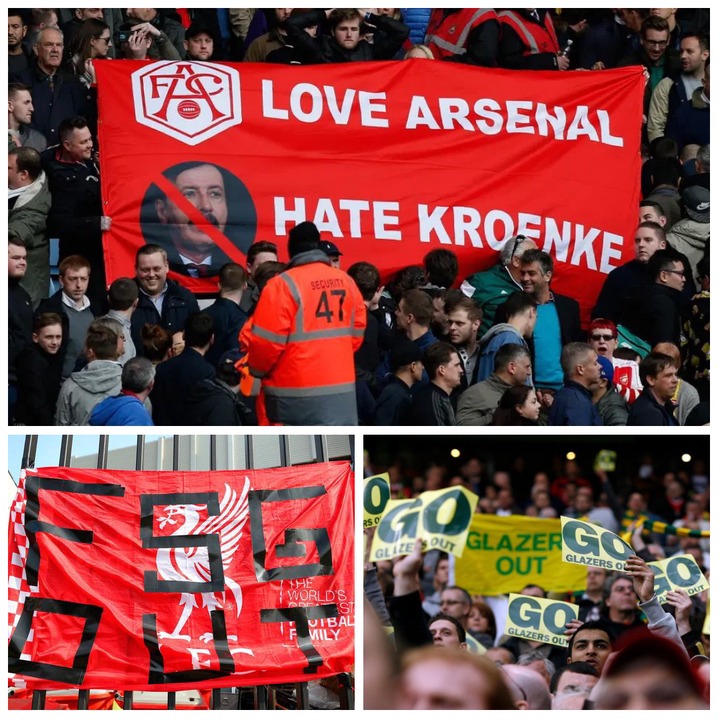 Many of these fans believed that their owner does not care about them and only thinks about their pocket. Although some of the football club owners, especially Stan Kronke who is the owner of Arsenal football club are not fond of watching Arsenal ball since he bought them in 2006. Arsenal fans in the united kingdom have the plan to protest at the Emirates on Friday at 6 pm. 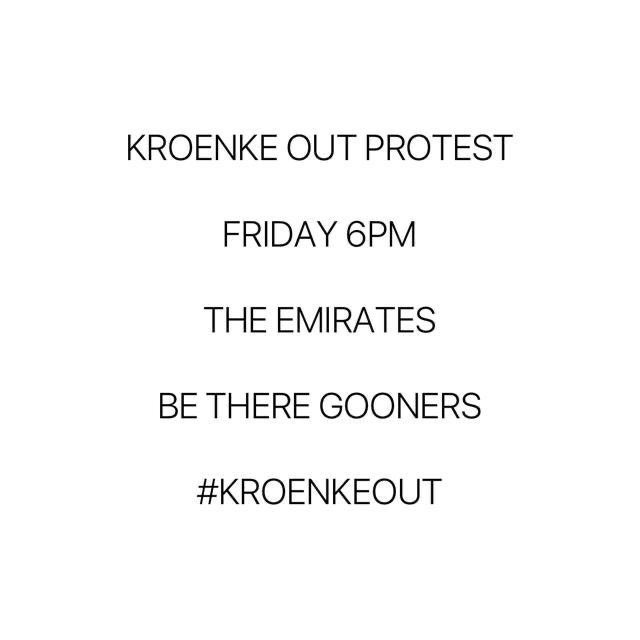 The owner of Fenway Sports Group, John W. Henry is one of the football club owners in England that is under the pressure of the fans, many of the fans want him to sell the club to a serious buyer that loves football. Liverpool fans are set to meet at 11 am on Saturday at Anfield to protest against him. 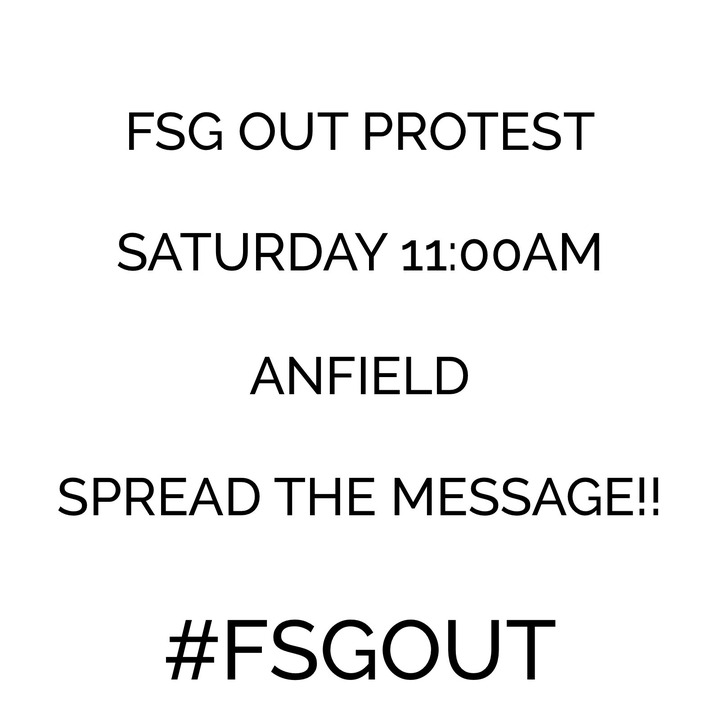 Despite the fact Ed Woodward has resigned, Manchester United fans are not yet satisfied and they are planning to do their protest on the 24th of April at Old Trafford at 3 pm. 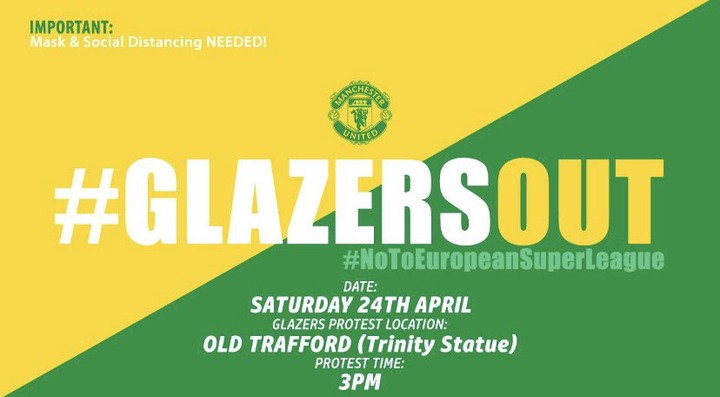 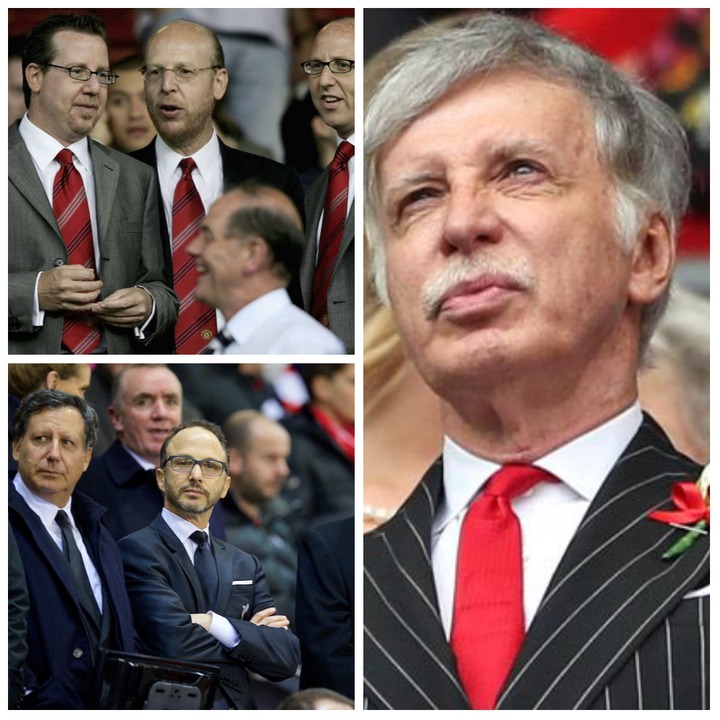 Although it is rare to see Arsenal, Liverpool, and Manchester United supporting each other, as all of them are calling for their owner to leave their club. 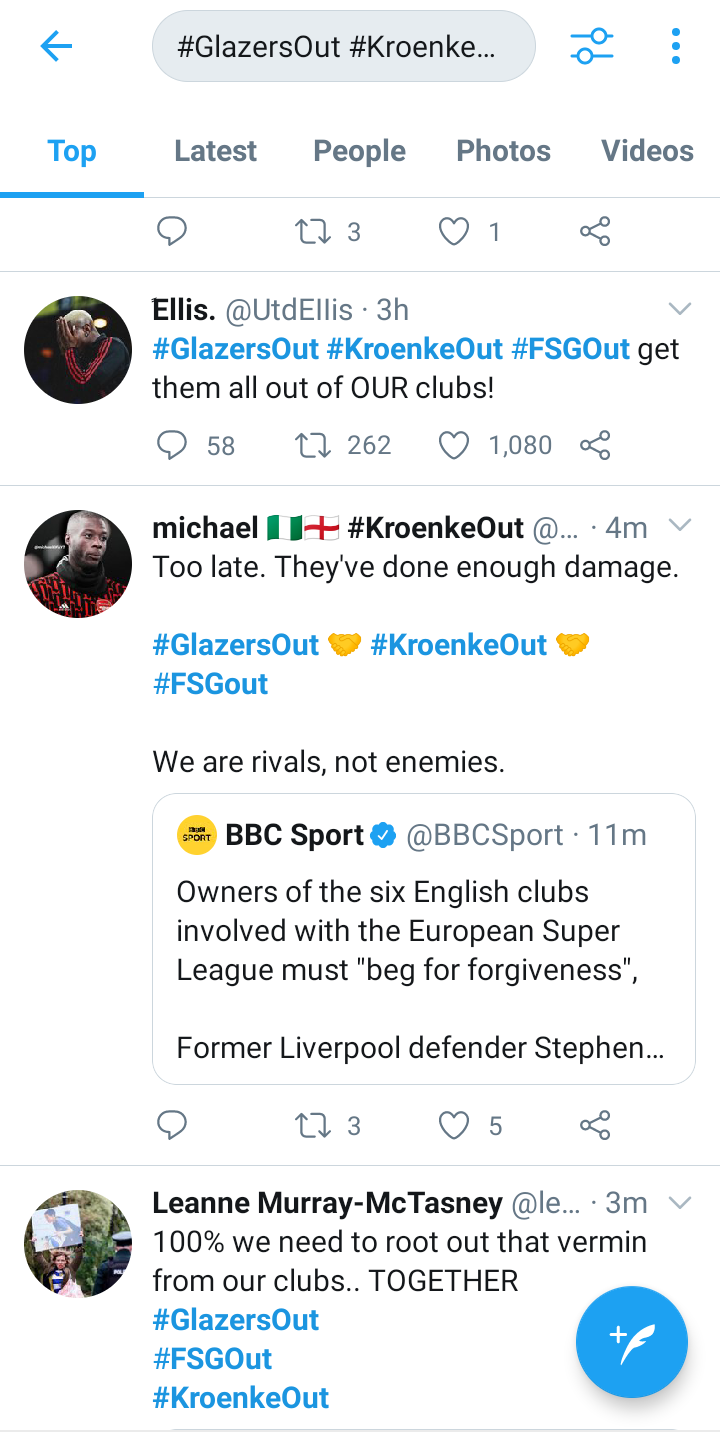 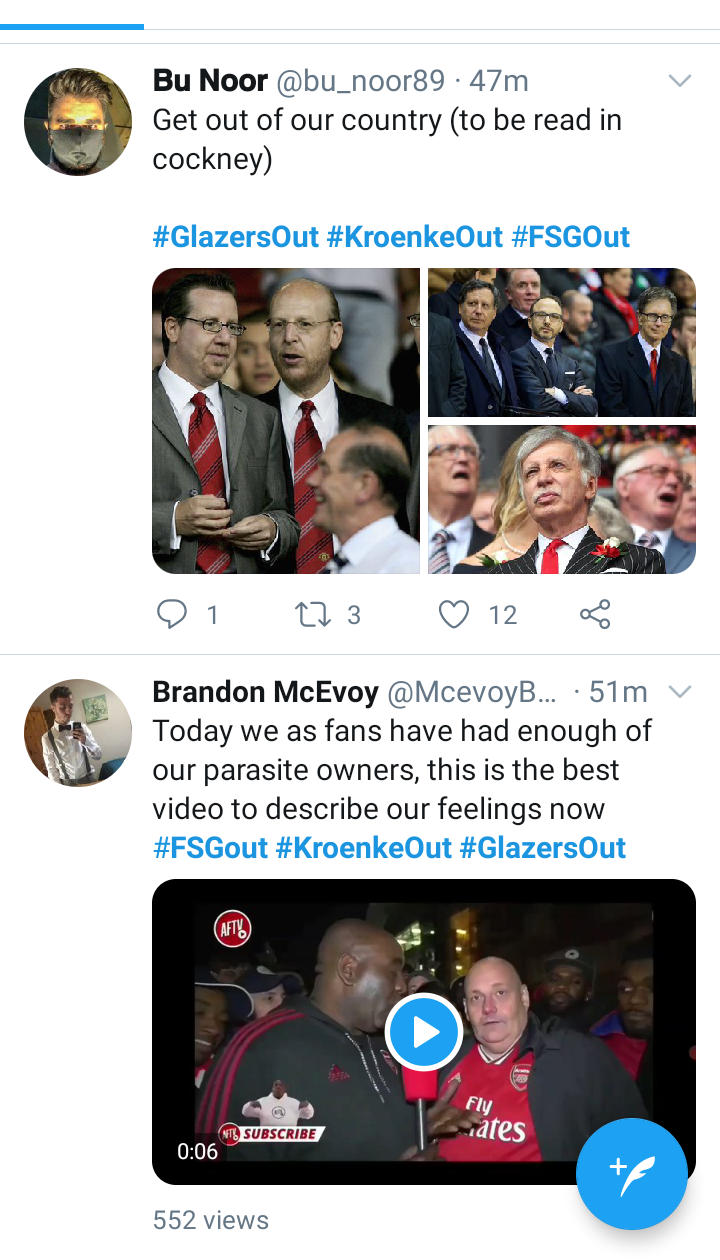 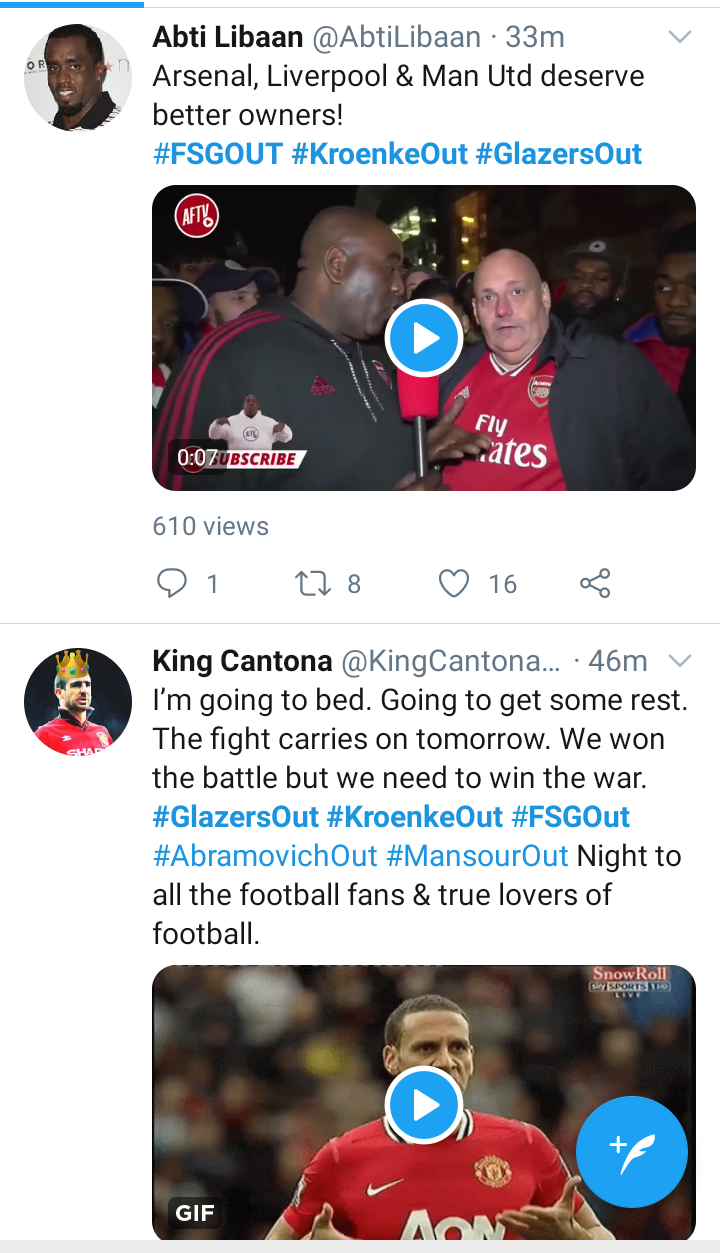 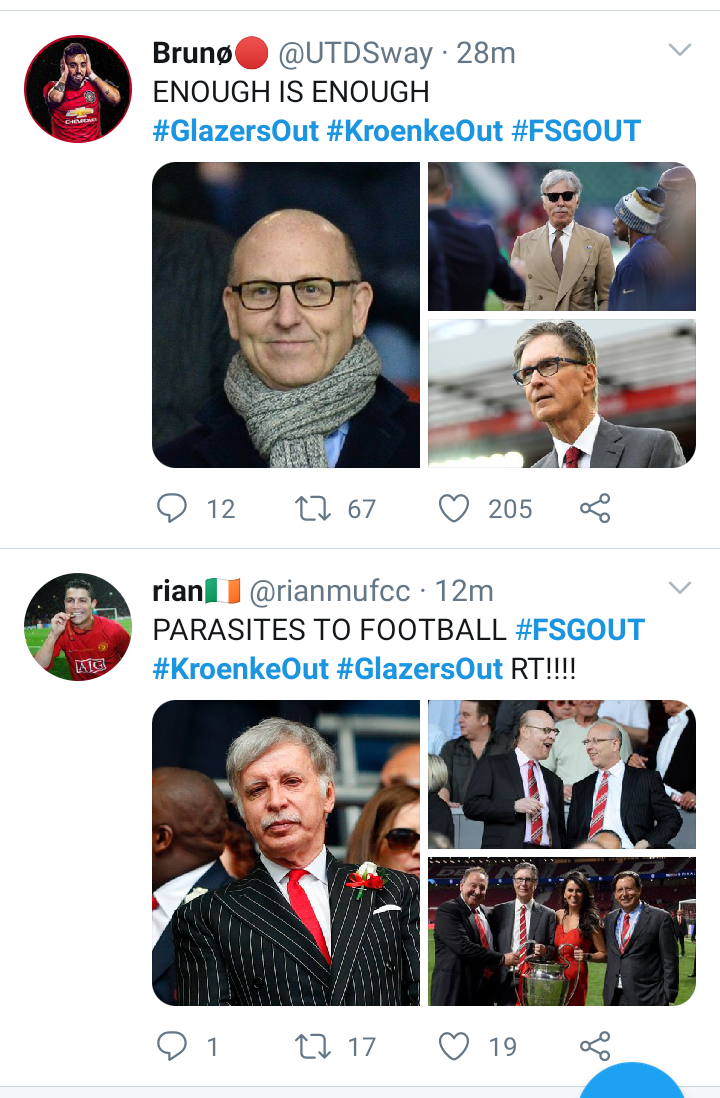 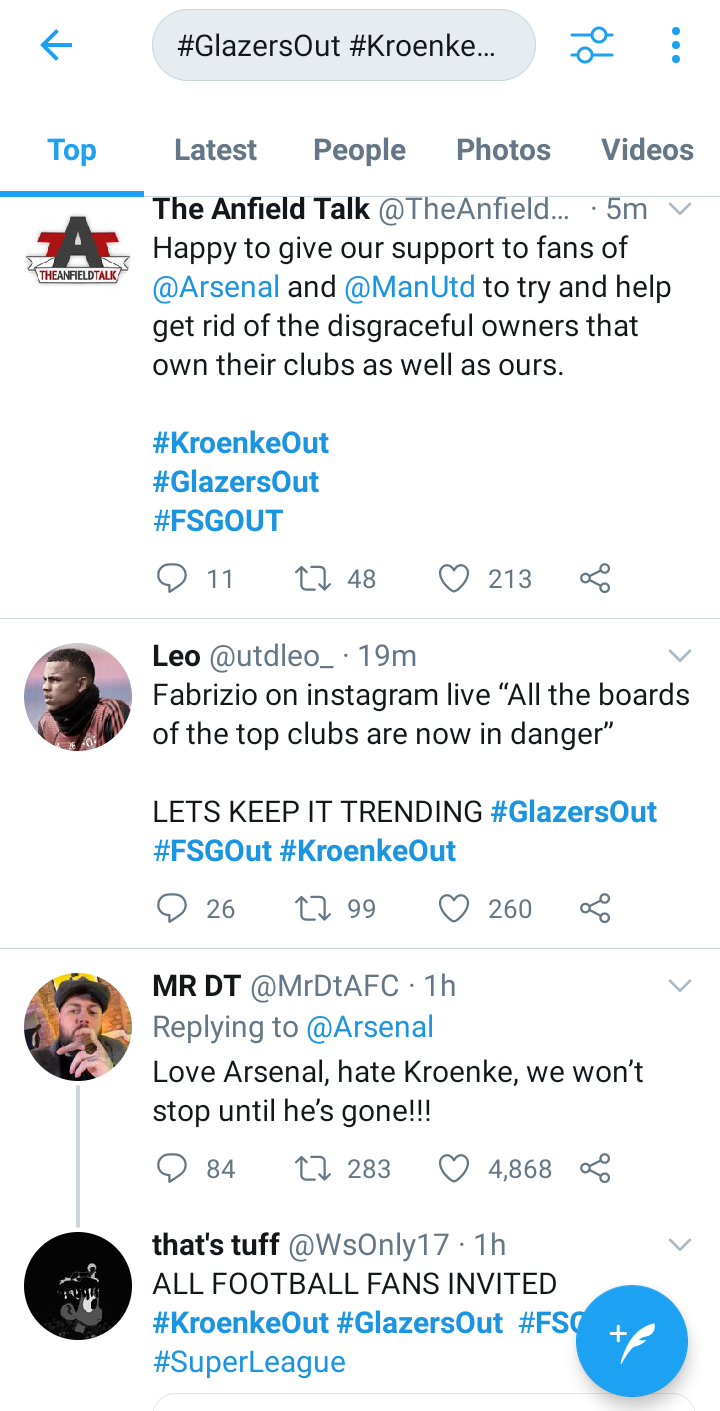 Did you think the fans have the power to force their owner to sell their share in the club, as they force them out of the Super League? Let me know your thoughts in the comments section.