Opinion: Why Messi may leave Barcelona 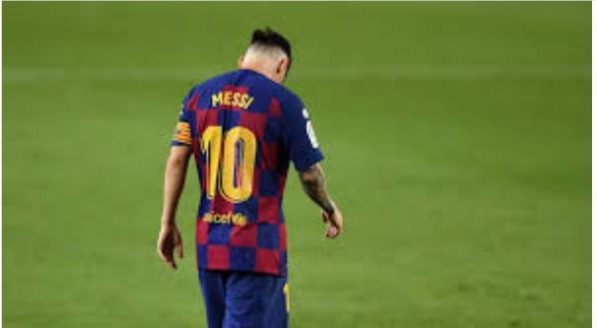 As a kid, he was famously introverted.

Even after establishing himself as the best player in the world, Messi shunned the limelight. He was always content to let his football do the talking for him, and it spoke volumes.

But things are not the same again, the Barca star wants to make his voice heard.

He started with rebuking Eric Abidal for blaming the player on the dismissal of Ernesto Valverde in January.

He also intercepted a reported in the Catalan press that the squad was reluctant to accept a coronavirus-related pay cut, saying that those stories were coming from inside the club.

These were hugely significant public statements from such a private person.

For the first time in his 19-year stay in Catalunya, Messi is getting himself involved in the politics of the club. He has always preferred to stay out of such matters; it wasn't his business.

But this interference is directly affecting the club in the field of play.

However, when stories appeared in the press claiming that the players didn't want to help the club by reducing their wages during the financial crisis caused by the Covid-19 pandemic, Messi claimed that "from within the club there were those who tried to put us under pressure to do something we always knew we would do".

He is now completely fed up with the way in which he is being portrayed.

Barcelona have signed the three most expensive players in the club's history since 2017. But Ousmane Dembele is injured (again), Philippe Coutinho is on loan at Bayern Munich , while Antoine Griezmann was a 90th-minute substitute in Tuesday's draw with Atletico Madrid .

One bad deal has been swiftly followed by another and such wastefulness was always going to catch up with the club who now find themselves with insufficient cash to land their primary summer transfer target, Lautaro Martinez.

Messi has not hidden his admiration of Lautaro Martinez or his enduring affection for Neymar, who left Barca for Paris Saint-Germain in 2017. He had hoped that the club would bring the Brazilian back last summer.

Apart from that, He is annoyed by the suggestion that he holds too much sway in the dressing room; that he has a problem with Griezmann; that he decides whether a coach is hired or fired.

Leo Messi has brought a halt to his contract renewal talks with Barca. The Argentine player is planning to leave the club when his current deal finishes in June 2021. He is fed up of taking the blames for all the problems at the club and wants to leave at the end of his current deal.

Messi's refusal to commit himself to a new deal has now piled the pressure on his boss. This is yet another big blow for the club as Messi is beginning to see the end of his career at Barcelona.

The club president is not due to step down for another year but the captain's refusal to sign a contract extension is likely to change things.

By saying nothing, Messi has made his voice heard. Bartomeu will do well to survive the resulting calls for his resignation.

What is your opinion about this news, should Leo Messi leave Barca or the President's resignation.