By Vashh (self media writer) | 9 months ago

Ronaldo's second debut for Manchester United was nothing short of exhilarating. Not just because of the goals, but also the distinguished guests who were present. Distinguished dignitaries made their way to Old Trafford to watch Ronaldo play. Among theses honoured guests were two popular singers. They are mentioned below; 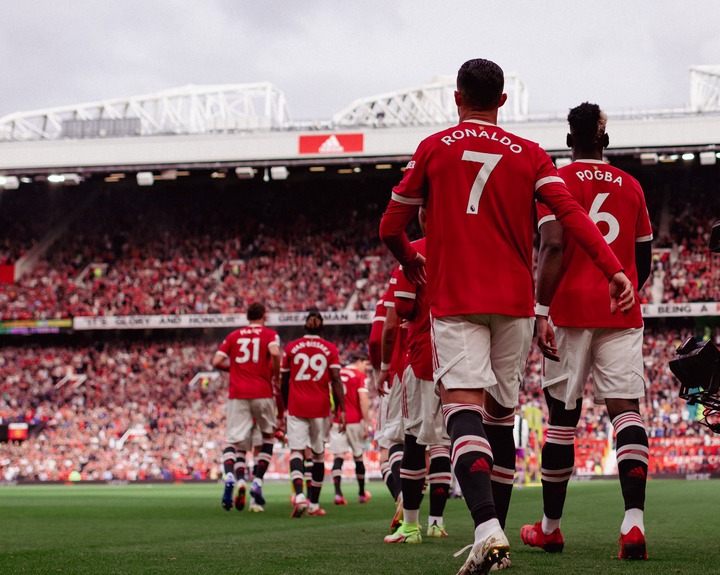 Nigeria's Grammy Award winning singer Damini Ogulu aka Burna Boy was present for Ronaldo's debut. He was spotted in the residential area of the stands wearing his Manchester United shirt with the number 23 imprint. 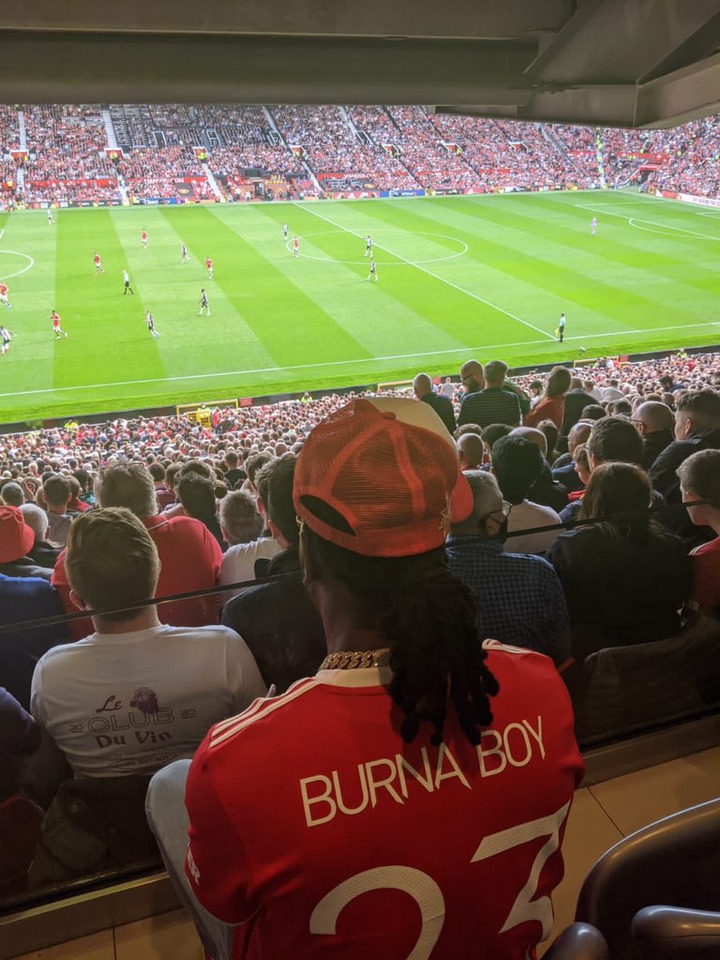 The singer has always been a Manchester United fan. He has good relations with the club and some of the club's players. He recently featured in a Pepsi advertisement with Manchester United midfielder Paul Pogba.

The singer also took his mother and his entourage along with him to Old Trafford.

The talented British rapper was also present to watch Ronaldo make his debut for Manchester United. Just like Burna Boy, he wore a Manchester United shirt just like the fans. He is also a known Manchester United fan. He and Paul Pogba also share a friendship. He posed for a photo with fellow singer Burna Boy before the game kicked off. 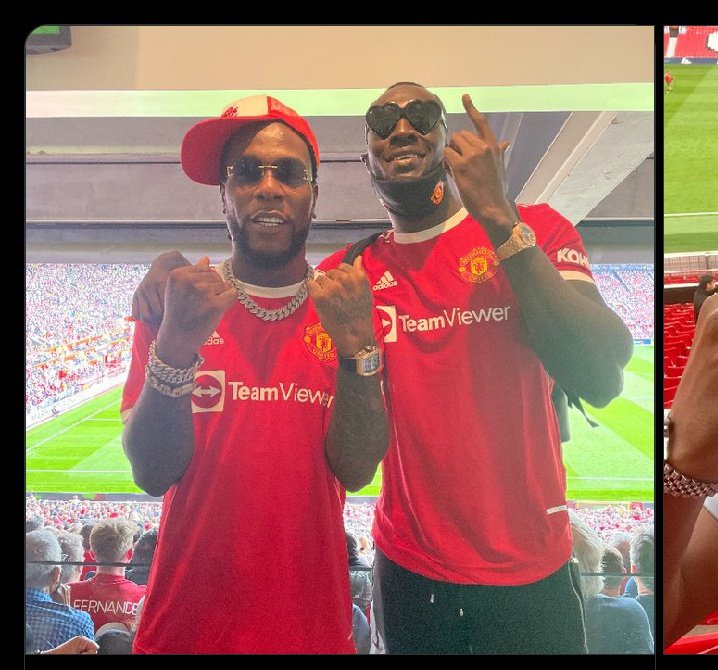 Asides Ronaldo's debut, another possible reason for the unusual appearance at Old Trafford by Burna Boy and Stormzy could be to promote Burna Boy's show. His 'Space Adrift' concert was scheduled to happen after Manchester United's game against Newcastle. Burna Boy and Paul Pogba were seen dancing on stage during the concerts after the game. 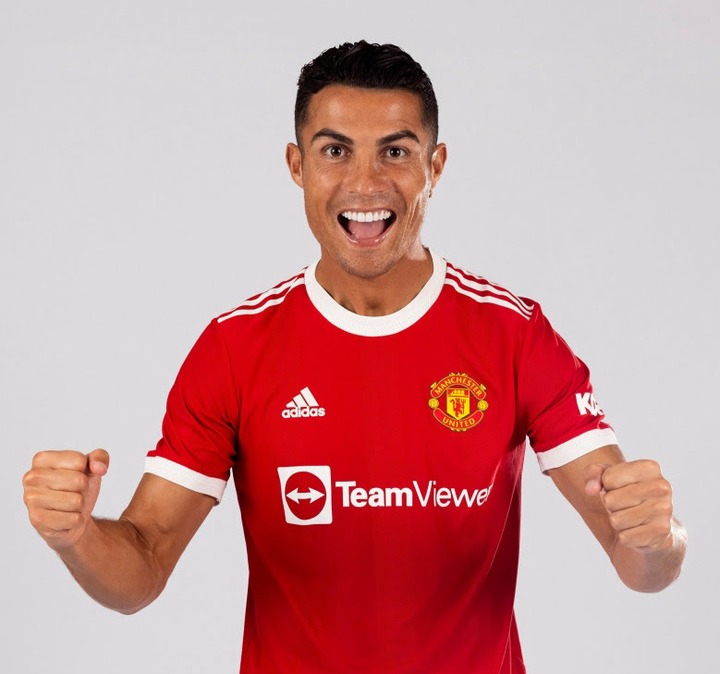 The singers were not the only dignitaries to appear at Old Trafford. One member of the Glazer family was spotted in the stands. Mr Glazer had not been at Old Trafford since 2018 but attended the game to watch Ronaldo. In case you're wondering, the Glazer family owns Manchester United Football Club. Former Man United manager Sir Alex Ferguson was also seen in the stands. 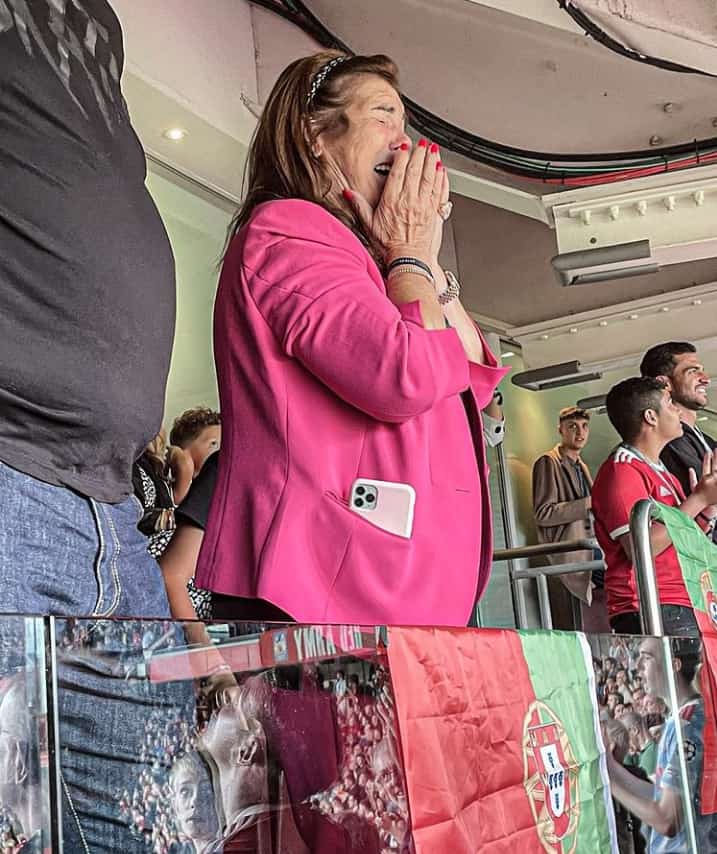 Ronaldo's mum was also seen in the stands. She was spotted crying after Ronaldo scored his first goal since he re-signed for Manchester United.