Arsenal's performances in the English Premier League in recent years has been little to cheer about for the fans but there was a time the gunners were actually a force to really reckon with in England. Their legend, Thierry Henry is the sixth highest goalscorer in the EPL history. Below is an XI of the highest goalscorers per position for Arsenal in the Premier League. For the goalkeepers, the goalkeeper with the highest number of cleansheets is chosen.

David Seaman is heads and shoulders above all the goalkeepers to have played for Arsenal both in terms of appearances and cleansheets. He has a record of 141 cleansheets for Arsenal in the EPL and the next highest on the list is Jens Lehman with 54.

Ashley Cole's stay at Arsenal was relatively short as he joined Chelsea not long after he broke into the gunners' first team. His 8 PL goals for Arsenal has still not been bettered by any left back at Arsenal after over 15 years.

Laurent Koscielny legendary status at Arsenal is arguable but somehow, the Frenchman is the gunners' highest goal-scoring defender the Premier League. He scored 23 goals for the North London club, almost double the goals of the second highest scoring defender.

Speaking of Arsenal's second highest goal-scoring defender in the EPL, that would be Thomas Vermaelen. The Belgian got for himself 13 PL goals in total for the gunners.

Lee Dixon is the only fullback to score more goals for Arsenal than Ashley Cole. He got 9 goals for the gunners.

Aaron Ramsey may have had a torrid time with injuries at Arsenal but he did score a lot of goals for the gunners. His 40 PL goals for Arsenal is bettered by no other central midfielder to have played for the club.

Cesc Fábregas may be better known for his ridiculous assists record in the Premier League but he actually did score 35 goals for the gunners before moving to Barcelona. An intriguing thing about this pivot is that they actually did play together. 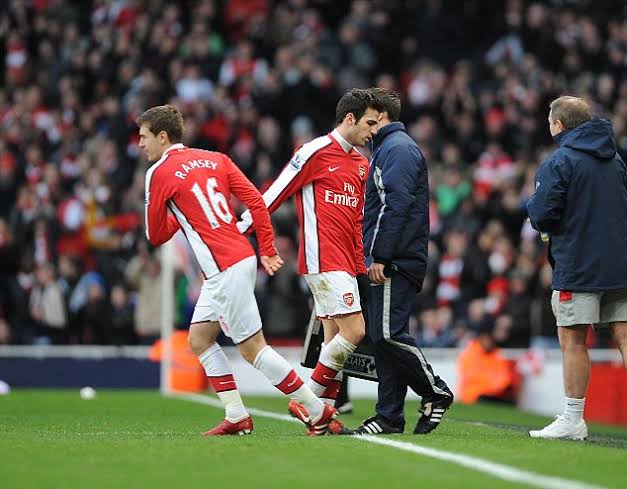 Robert Pìres scored 63 goals for Arsenal form that left side of the midfield. He takes a spot in this XI.

Theo Walcott was a very early starter in the football world. The first burst into the football scene at the age of 16 and in his years at Arsenal, he scored a total of 65 EPL goals. Many Arsenal fans still feel he did not live up to the promise he had as a teenager.

Thierry Henry was always going to make a list as this. His 175 PL goals is the highest for Arsenal in the Premier League and the all-time sixth highest in the PL history.

Another name certain to make this list. Ian Wright is Arsenal's second highest goalscorer in the Premier League and he takes his place in this very strong XI. 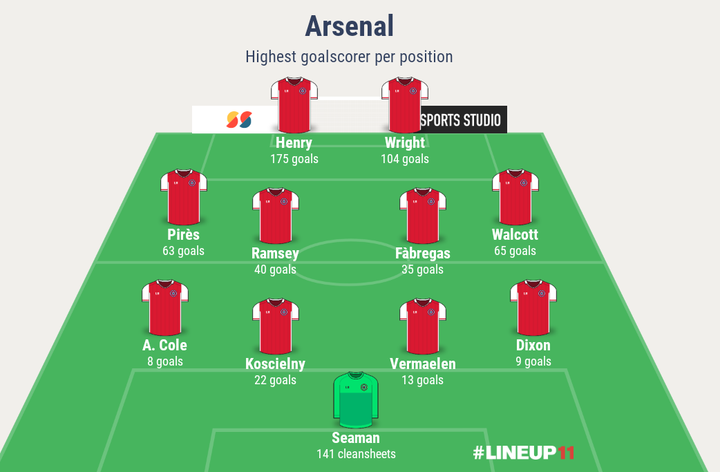 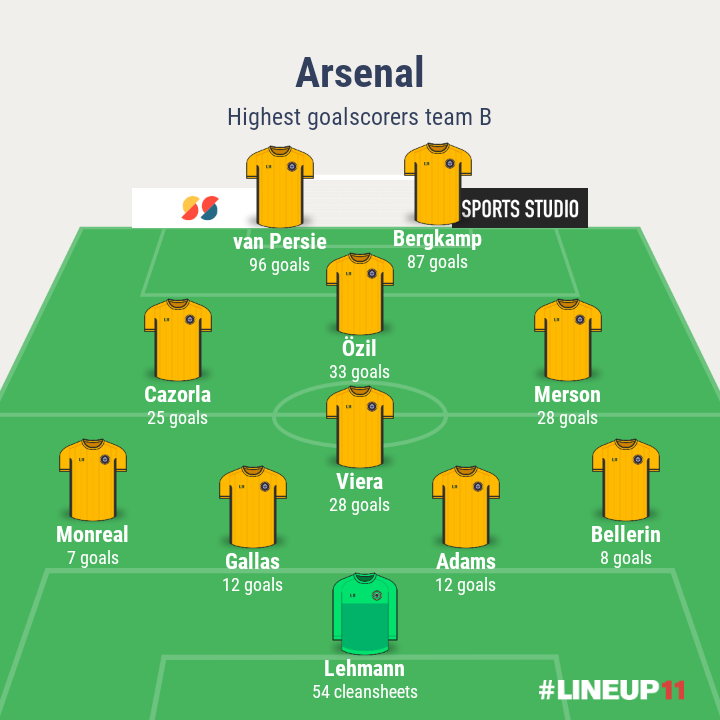