By DappyBoi (self media writer) | 1 year ago 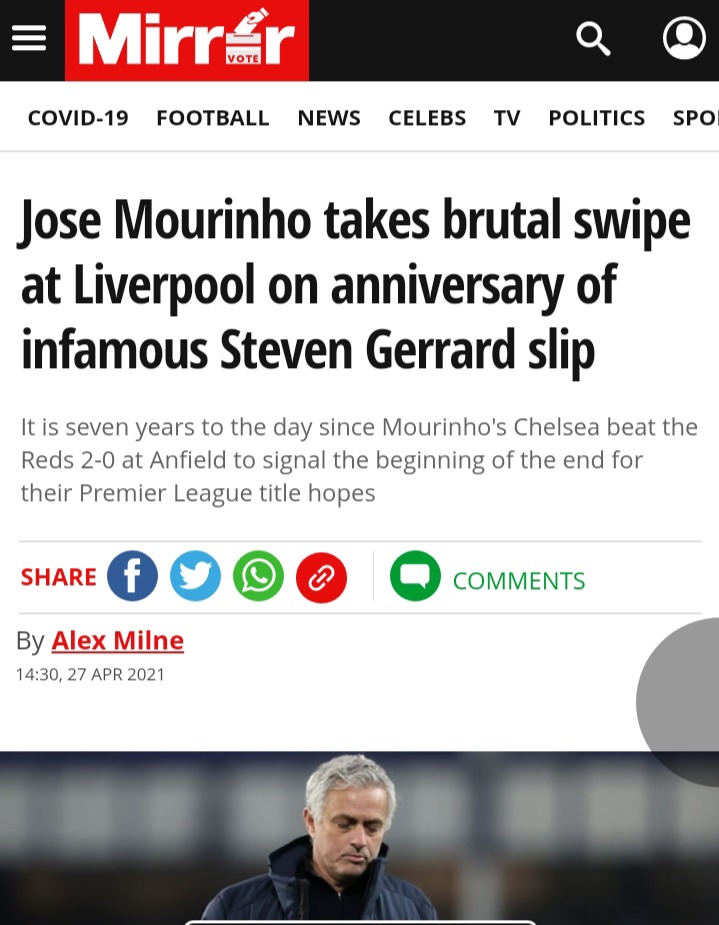 Jose Mourinho shared a picture of himself clashing with Gerrard in the game along side a caption “ Anfield, April 27th 2014. Ball Possession”. 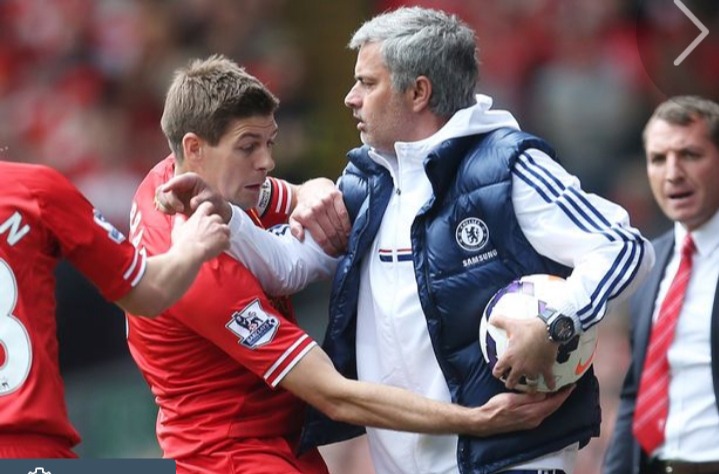 His Chelsea team only had 27 percent Possessions but won the game. Jose Mourinho has been known to be a controversial person and he has aimed a dig at Liverpool, on the seventh year anniversary of his then-Chelsea team that defeated Liverpool. The Anfield outfit were top of the English Premier League going into the final few weeks of the 2013/2014 season.

Liverpool have failed to win the top flight title since 1990 as at then, Jose Mourinho went wild in celebrating on the touch line when Brazilian International Willian sealed the win from Fernando Torres pass. 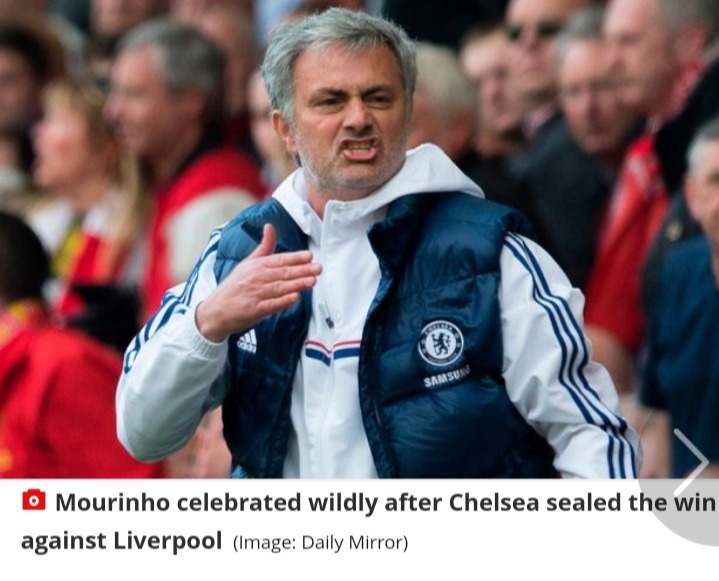 Liverpool went on to also throw away a 3-0 lead at home, in the next match to draw 3-3 with Crystal Palace. They eventually finish two points behind Manchester City.

Jose Mourinho, who was recently sacked by Tottenham could be seen defending his style of play with the post. What do you think?