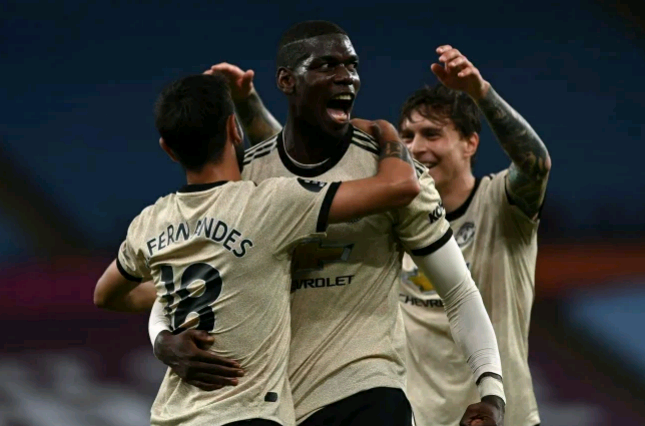 A lot of things are about to change in the Manchester United's changing room following the upturn in form since the restart of the Premier league season.

The Red Devils have been one of the most in-form teams in the Premier league this season since it's restart. The Red Devils latest victory against Crystal Palace suggest that they are in for every trophy they can put their hands on, next season.

However, the result has seen a change in one of their contract issues, as they are now reportedly close to tying down one of their top stars to a new contract.

Recall, before the suspension of the current Premier league season, united were having issues concerning the contract situation of Paul Pogba. The incident led to a lot of clubs preparing a move for the French, with Juventus deemed to be his major destination.

However, the 27-year-old might not be leaving any time some, as there has now been a considerable progress in tying the former Juventus star to a new contract at Old Trafford.

According to the The Sun, United has offered a huge contract deal to Paul Pogba, one that will see him extend his stay at the Manchester club for another five years, and eventually make him the highest earner in the club ahead of next season.

Also, the contract will help cool the strong interest from Juventus and Real Madrid, who are reportedly interested in signing the world cup champion.

The report has also claimed that the France international is ready to sign the contract and that the news will be made official in no distant time.

The change in Pogba's decision can be attributed to the impact Ole Gunnar has had on the team since the restart.

This news is certainly a good one for United and their fans, since the midfielder has formed a wonderful partnership with Bruno Fernandes.