Former Chelsea technical director Michael Emenalo has revealed that Antonio Conte feared he would be sacked following a poor start as The Blues coach in the 2016-2017 season. 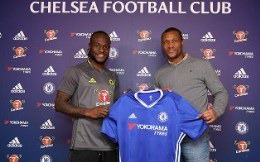 After winning his first three games, the Italian football tactician did not win any of his next three Premier League matches - losing to Liverpool and Arsenal, and drawing with Swansea City.

The 1994 World Cup star admitted that he assured Chelsea owner Roman Abramovich that the club was in good hands amid pressure from several quarters to sack Conte.

True to Emenalo's word, Chelsea's fortune improved following a change of formation, with Victor Moses converted from a winger to a right wing-back, and they ended up winning the league and reaching the final of the FA Cup.

Speaking to the Guardian UK, Emenalo said : "After he lost to Liverpool and Arsenal there was unnecessary pressure.

"Everywhere he looked he’s getting sacked. But we’d only played five games and won the first three.

"His presentation to the players after we had lost 3-0 to Arsenal was fantastic. The way he detailed the reasons why we lost, and what he planned to do, was unbelievable.

"I told the owner: ‘Conte’s work is good. This is a blip. Trust me.’ Of course we went on to win the title and there was so much adulation for Conte."

Emenalo left Chelsea after ten years in November 2017 and Conte followed him out of the exit door eight months later after failing to retain the Premier League title at the end of the 2017-2018 season.