The First way Arsenal Could lineup and Beat Manchester city at Emirates stadium. 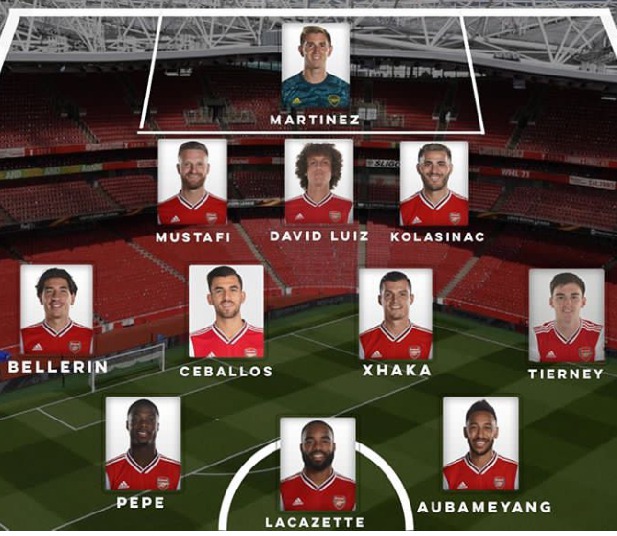 The second way Arsenal Could lineup against Manchester city at Emirates stadium.

Arsenal could start their three best forwards Nicolas Pepe, Lacazette and Aubameyang, since Nketiah is not available due to red card, Lacazette would lead the attacking lines. Arsenal would have to feature four midfielders at the central, Bellerin, Ceballos, Granit Xhaka and Tierney. This would help them control the Midfield against Manchester city. A back three partnership between Mustafi, Kolasinac and David Luiz could be used in today's match. While in the absence of bernd Leno, Martinez will be the Goalie of the team. 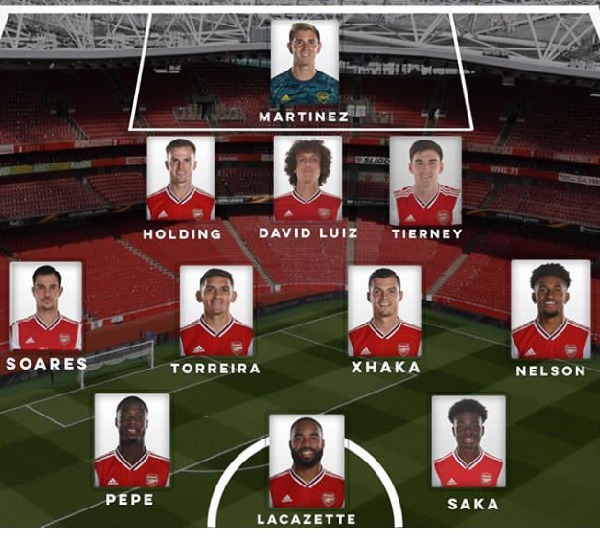 Goalkeeper: Martinez would have to step in for Leno.

Forwards: Saka would replace Aubameyang who would be rested, Pepe and Lacazette.

Which of the three lineup is the best?