After unexpectedly laying out NXT Champion Finn Balor and his Undisputed Era teammate Kyle O'Reilly at TakeOver: Vengeance Day, Adam Cole showed up on this week's NXT and attacked both men yet again.

Following his attack, the inaugural North American Champion finally broke his silence. Taking to Twitter, Cole simply posted a one-liner which states why he did what he did. 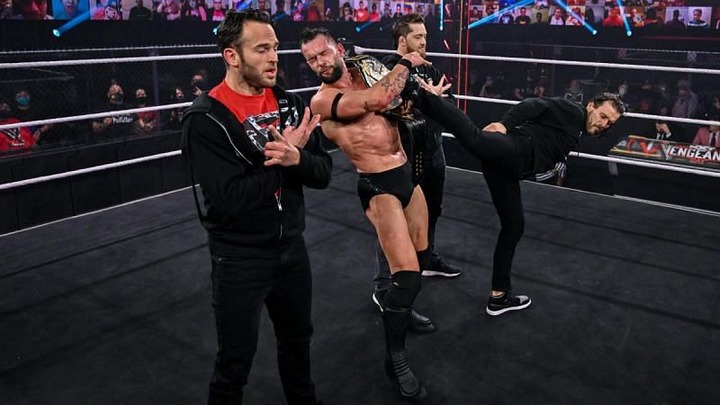 Although Adam Cole's explanation is ambiguous at this stage, O'Reilly and Balor will clearly look for further explanation in the weeks to come. Kyle O'Reilly is probably the one who is the most annoyed with Cole's actions as he considers him his brother.

Adam Cole and the rest of the Undisputed Era jumped to Balor's aid on Sunday. Balor was attacked by Pete Dunne and the Kings of NXT following his tense battle with The Bruiserweight for the NXT Championship.

After helping Balor clear the ring, O'Reilly extended the olive branch, which The Prince accepted. As he stood in unity with the UE, Cole shocked everyone by superkicking Balor.

O'Reilly then had a heated argument with Cole, following which he was also laid out by a superkick from the Panama City Playboy.

In this week's NXT main event, Adam Cole interfered in the match. He took out Balor and then O'Reilly, which allowed Dunne, Lorcan, and Burch to win the six-man tag match. Cole then picked up the NXT Championship and held it high without saying anything.