By VlogMister | self meida writer
Published 1 months ago - 1997 views

Former Barcelona and Cameroon attacker Samuel Eto'o reveals one of the funniest moment he had witness in the pitch while playing for the catalans giant during his reign at Barcelona. 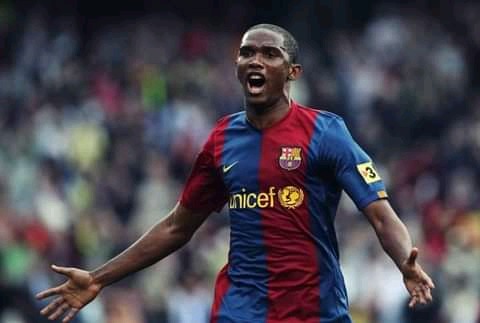 Samuel Eto'o who was widely known as one of the best african players to ever play at Camp Nou have revealed a conversation between himself and a defender in a derby game between Barcelona versus Espanyol in the Spanish La Liga some years ago. 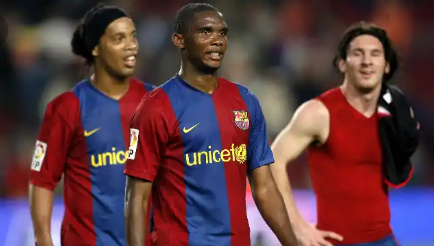 According to Eto'o, the Espanyol defender got pissed up with the presence of Ronaldinho, Messi, Eto'o and Henry in Barcelona's attacking force during that game and the defender whose name Eto'o refused to reveal told the cameroonian that he wasn't sure if he would continue the game after halftime because he was scared of Messi, Ronaldinho, Eto'o and Henry in the front-line for Barcelona. 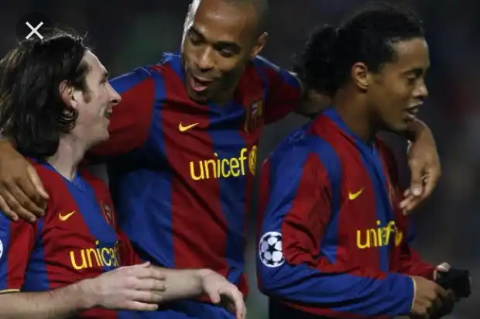 The unidentified defender admitted to Eto'o that, he had to face Henry, Messi, and Ronaldinho for a full 90 minutes then probably he won't comeback to the pitch after halftime because he will tell his coach that he's having stomach problems which is preventing him from playing positively.

Surprisingly, the defender did exactly what he told Eto'o, in the second half of that game the defender was replaced by another defender because he was scared to play against the world's most deadliest attacking force Messi, Ronaldinho, Eto'o and Henry. 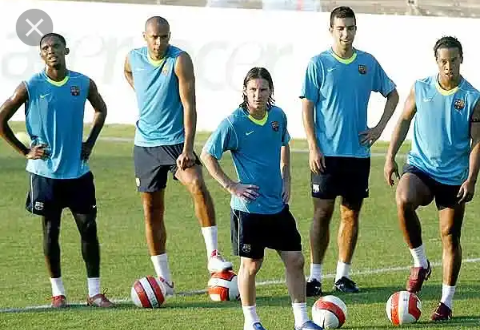 According to claim via Football Epic News, Eto'o reveals his funniest moment in football saying: “The funniest moment was in a derby against Espanyol. One of their defenders talked with me during the match and said: “Mr Eto'o, I don't want to lie I am very scared, it's you, Henry, Ronaldinho and Messi that I have to face all 90 minutes long, I won't come back after halftime I will tell my coach am having stomach problems”, the defender personally told Eto'o during the game.

Eto'o continued: “Indeed, a new defender was brought in to replace him in the second half. Then I decided to take a throw in, that was near their touch line, I looked at him he told me to shut up with a sign language.

“I can't mention his name, he knows himself”, Eto'o concluded.

Your thoughts, kindly drop your comments below👇

national open university of nigeria courses nigeria colleges and universities taraba latest news temperament meaning uba transfer code to other banks
Opera News is a free to use platform and the views and opinions expressed herein are solely those of the author and do not represent, reflect or express the views of Opera News. Any/all written content and images displayed are provided by the blogger/author, appear herein as submitted by the blogger/author and are unedited by Opera News. Opera News does not consent to nor does it condone the posting of any content that violates the rights (including the copyrights) of any third party, nor content that may malign, inter alia, any religion, ethnic group, organization, gender, company, or individual. Opera News furthermore does not condone the use of our platform for the purposes encouraging/endorsing hate speech, violation of human rights and/or utterances of a defamatory nature. If the content contained herein violates any of your rights, including those of copyright, and/or violates any the above mentioned factors, you are requested to immediately notify us using via the following email address operanews-external(at)opera.com and/or report the article using the available reporting functionality built into our Platform 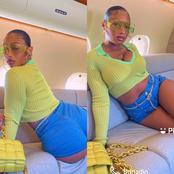 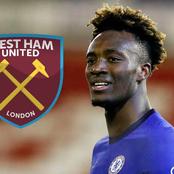 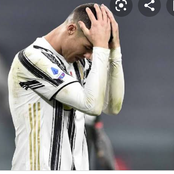 The Only 8 Players Who Won The FIFA World Cup, Champions League and Ballon d'or. Best Ramadan Wishes And Messages To Families And Friends 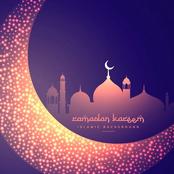 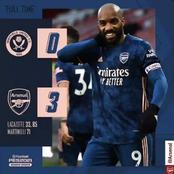 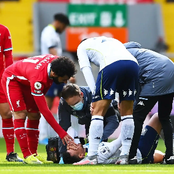 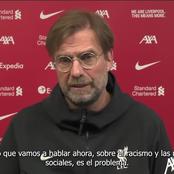 Why Some Key Arsenal Players Are Angry With Arteta