Chelsea, Arsenal, Liverpool, City Face Tough Tests In Their Next Round Of Premier League Games

Chelsea, Arsenal, Liverpool, Westham, and Manchester City are currently the top six teams on the Premier League table after the 11th round of games was played this week.

Chelsea played out a disappointing draw with Burnley at Stamford Bridge on Saturday as they fail to extend their lead over Liverpool on top of the league table. Thomas Tuchel's team dominated the game but just couldn't find a way to break down Burnley's resolute defence. However, Chelsea will have the opportunity to redeem themselves when they take on Leicester City in their next PL game.

Manchester City sits right behind Chelsea on the top of the Premier League table. Guardiola's men cruise past Manchester United in their last Premier League game to close the gap on Chelsea. However, they have to maintain the same level of performance when they take on Everton at the Etihad stadium in their next Premier League match. 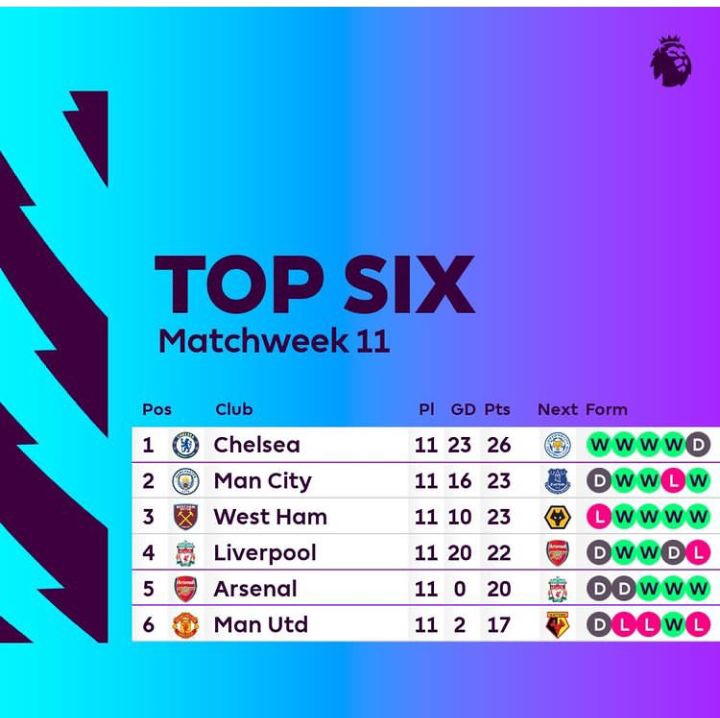 Arsenal was one of the few top clubs who had a positive result in their last PL game. Arteta's men edged past Watford to take themselves ahead of Manchester United on the table. Arsenal's next game will be against Liverpool who lost to Westham earlier today. The London side needs to improve on their recent performance if they want to get any point from the game against Liverpool.