The Champions League game is identified as one of the most entertaining European competitions which brings together different incredible clubs that ascertained a reasonable height in their league table. It features a lot of determined, skillful, talented, and promising players who have helped their club to maintain an acceptable position in their league tournament. 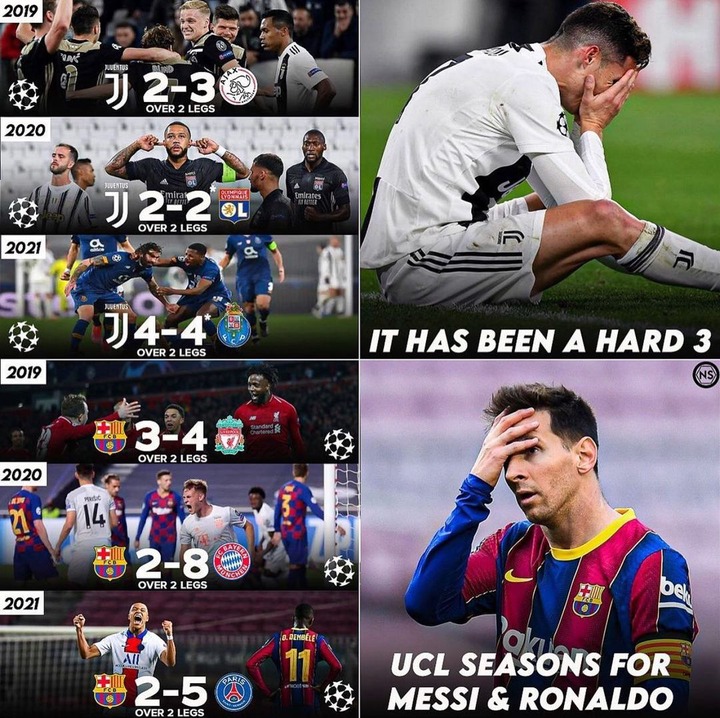 Lionel Messi and Cristiano Ronaldo happens to be some of the most talented players in the world of football but have recorded numerous defeats during their career in their previous club. Without wasting much of your time, let's check out the three most annoying Champions League games for Cristiano Ronaldo and Lionel Messi from 2019-2021.

Barcelona won Liverpool in the first leg of the 2018/2019 Champions League semi-final at Camp Nou but proceeds to the second leg of the game at Anfield on Tuesday 9th May 2019, where Liverpool humiliated Messi's team with a 4-0 win, making it 4-3 aggregate. 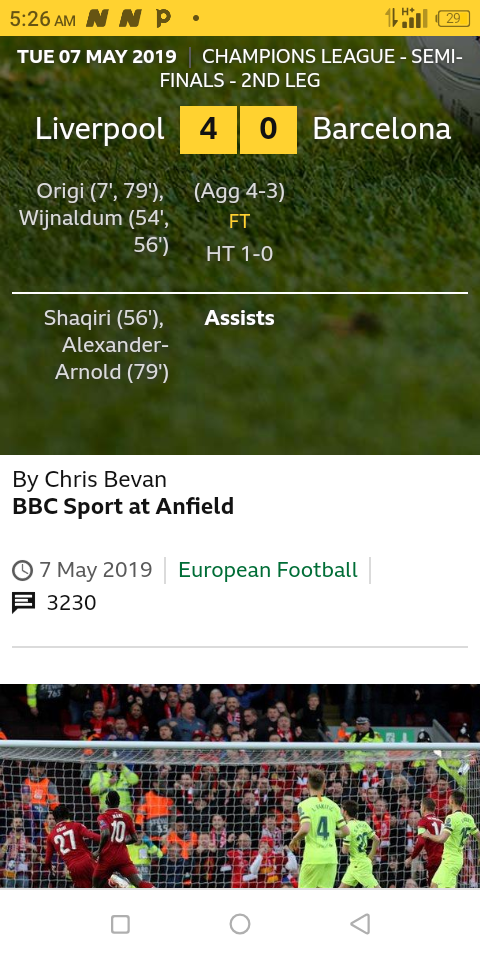 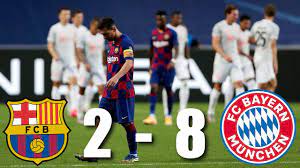 On Friday 14, August 2020, during the Champions League quarter-final, Barcelona was disregarded as one of the best clubs in Europe after Bayern Munich filled their goal post with 8 goals caution after a 7 minutes own goal by Alaba, making it 8-2 disappointing defeat at Camp Nou. 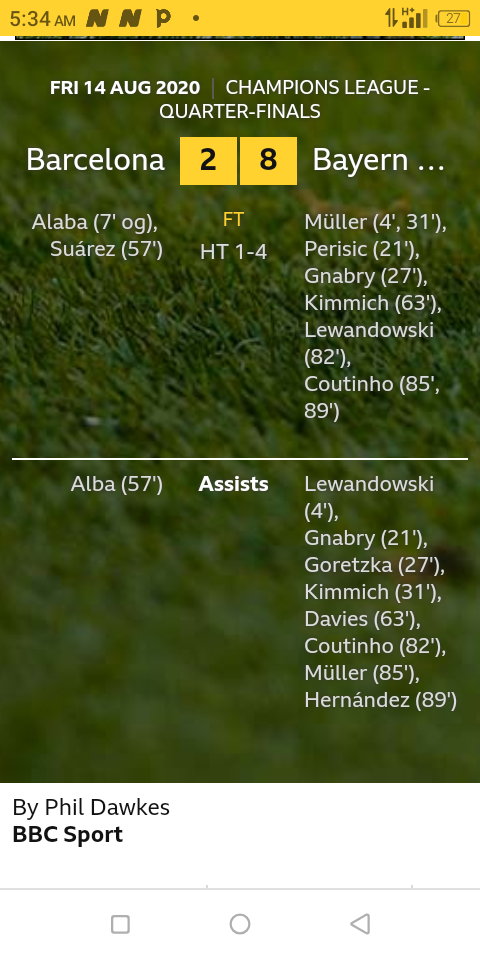 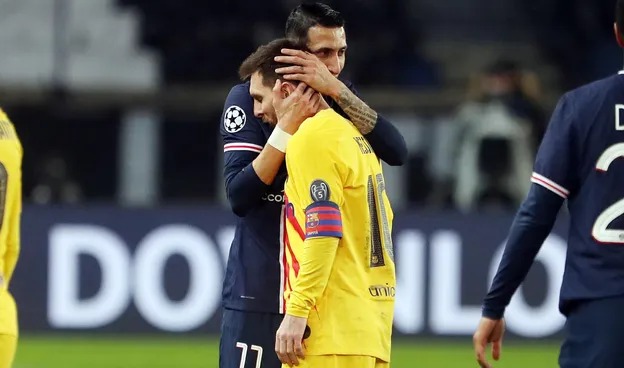 Paris Saint-German recorded a comfortable 4-1 victory at Camp Nou Against Lionel Messi's side in the first leg of the 2020/2021 Champions League round 16. Both clubs went for the second leg of the contest on Wednesday 10th March 2021, which ended 1-1 draw after Messi scored the equalizing goal with a penalty in the 37th minute to make it a total of 5-2 on aggregate. 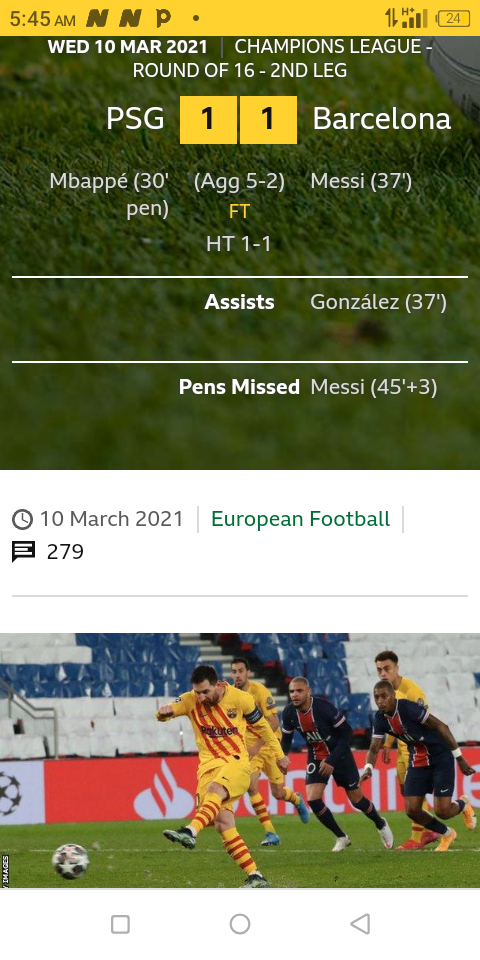 Ronaldo was disappointed after Juventus was eliminated in the second leg of the 2018/2019 Champions League quarter-final on Tuesday 16th April 2019, after playing a deficit of 1-2. The game ended 2-2 in the first leg which made it a 2-3 aggregate. 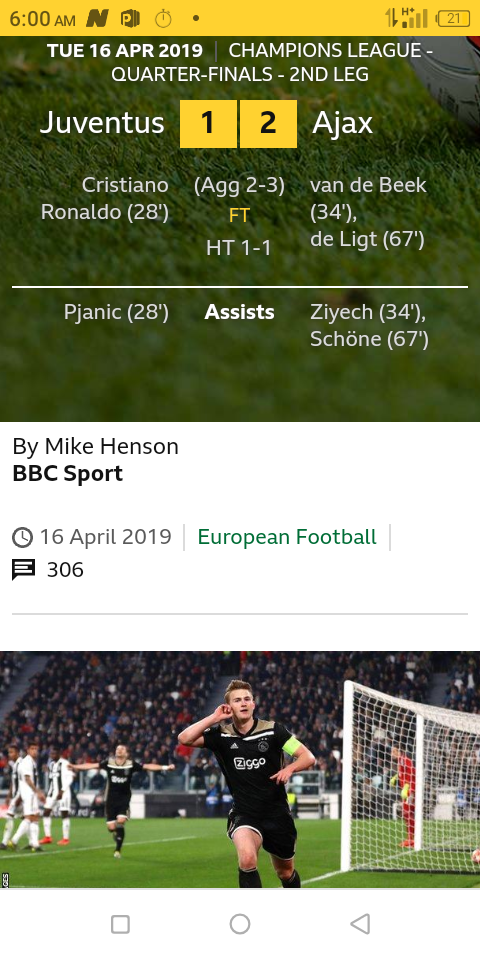 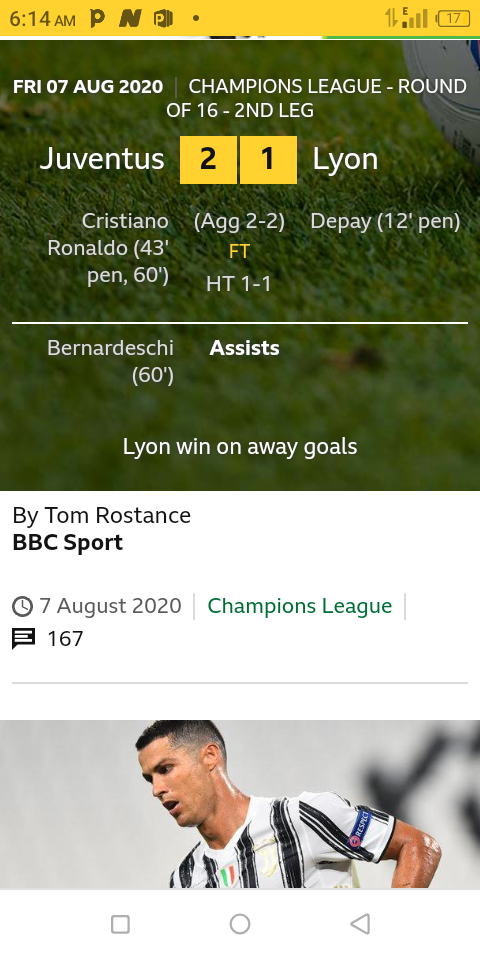 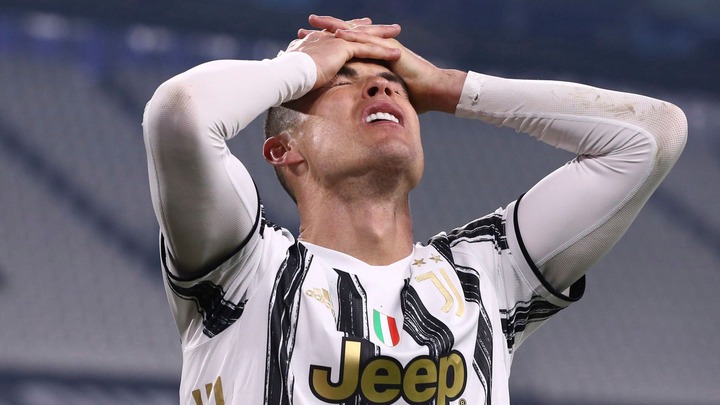 Sergio Oliveira of Porto scored an important goal in the extra time of the 2020/2021 Champions League Round of 16 on Tuesday 9th May 2021, after playing 3-2 full time. Porto won the first leg of the competition with a 2-1 victory at their home but continued the match in Italy where Lyon ended the game against Juventus in a 3-2 defeat, making it 4-4 aggregate, but was lucky to qualify for the quarter-final with an away goal. 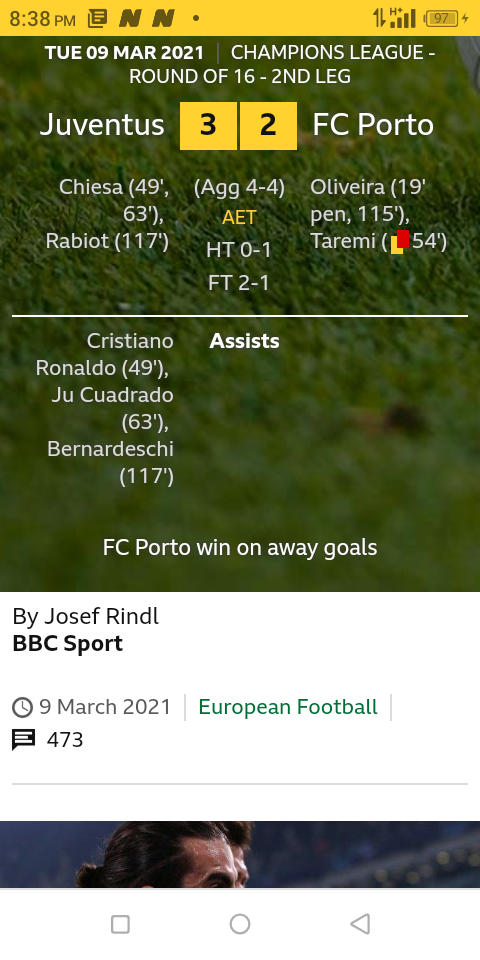 With this piece of information, I hope I have been able to show you 3 annoying Champions League games for Cristiano Ronaldo and the Argentine striker, Lionel Messi.