Matchday 9 of the French Ligue 1 ended Paris Saint Germain's unbeaten run of games this season as defending Champions moved a bid up the log after their defence of the title got a boost. 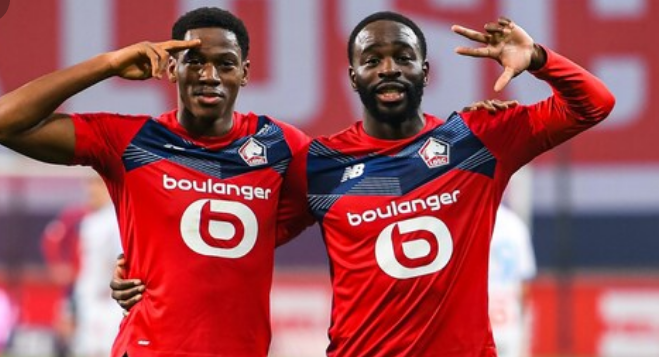 Jonathan David pressed for more glory as his brace against Marseille secured 3 points for the host and the defending champions, Lille. Marseille were almost getting back into the game when the most valuable Marseille player for now, Ünder was shown a 2nd yellow for an infringement in the 77th minute that gave the stoppage time goal advantage to Lille. 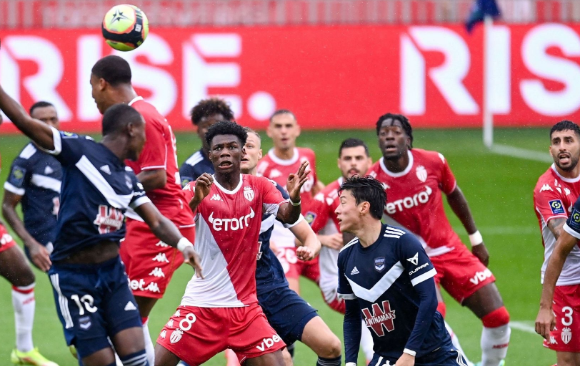 Monaco were 3goals and 3 points better than Bordeaux before the home supporters after Tchouameni, Golovin and Ben Yedder's goals made the day for Monaco. 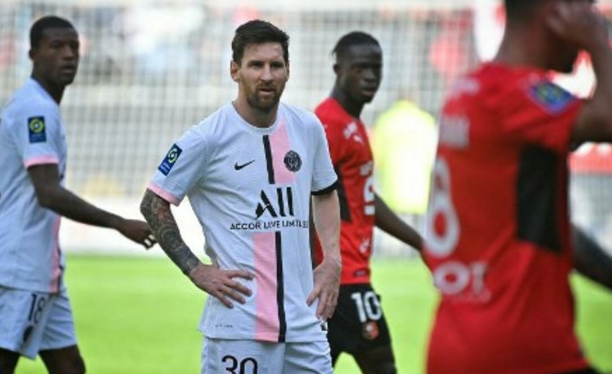 Lionel Messi couldn't turn things around for PSG after their midweek win over Man City in the Champions League was fractured by Rennes' masterpiece. Neymar and Mbappe were wasteful with the chances created in the first half before Laborde's stroke of halftime goal hit them down. Tait quick 2nd interval strike out the game to rest as Messi's freekick hit the cross bar and Mbappe's goal ruled out for offside. 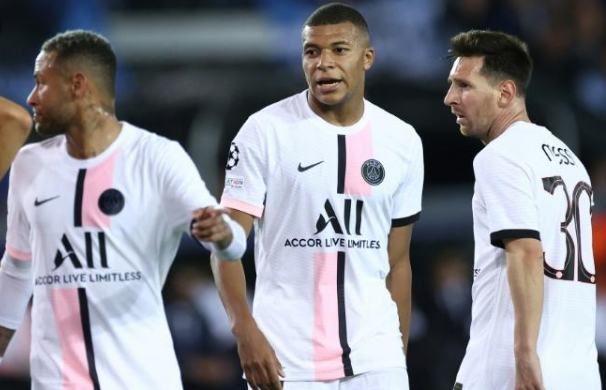 Rennes rendered PSG's forward toothless but PSG are still leading with 24 points after 9 games, losing just 1 so far in the league. 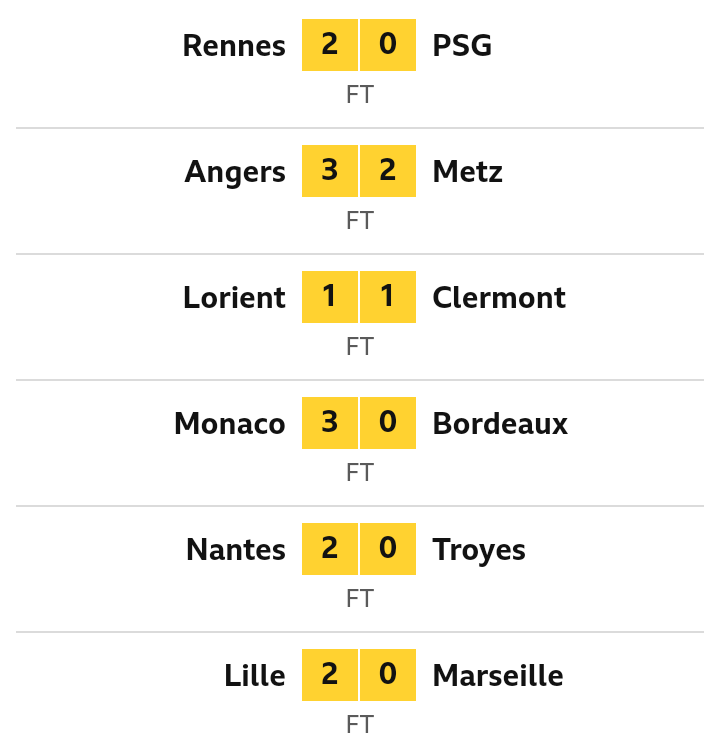 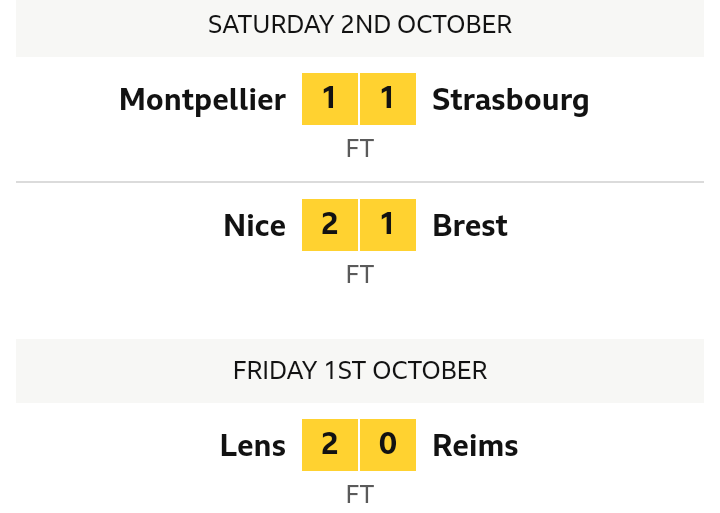 PSG have lost 1 in 9 games but still maintain a 6 point lead after their loss to Rennes. Monaco are 6th on the log with 14 Points after beating Bordeaux 3-0. 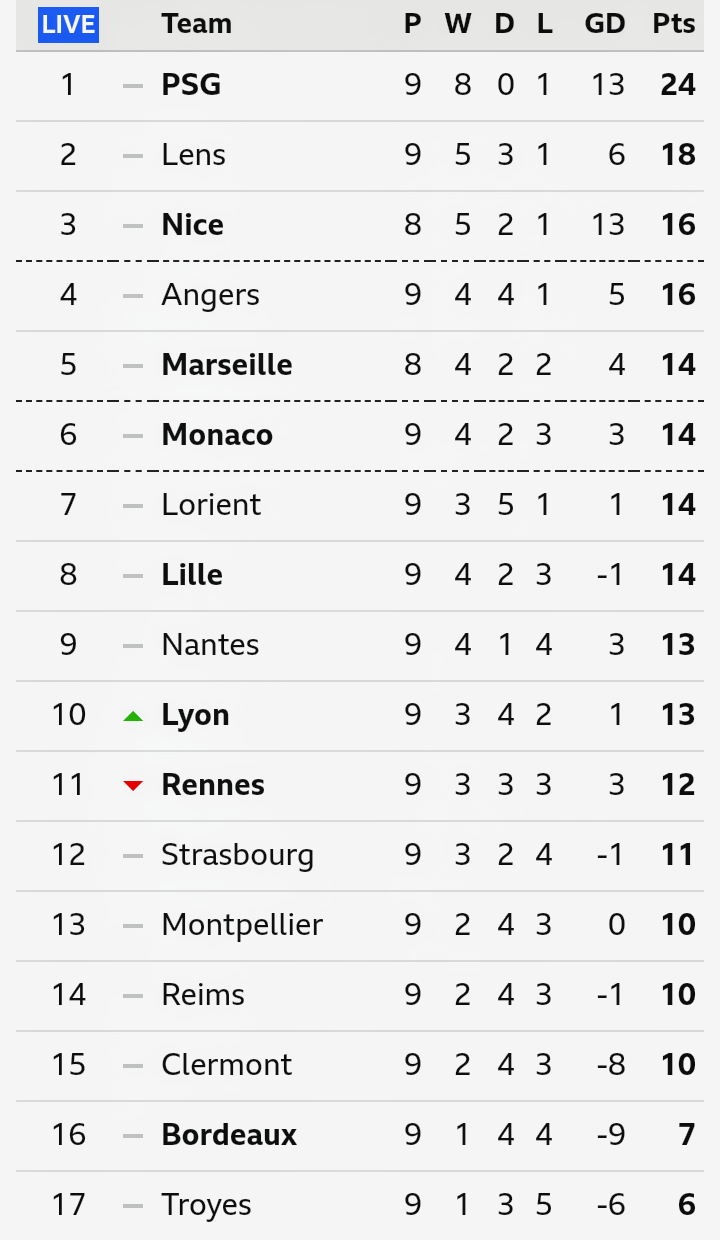 Lille are on number 8 with 14 Points but look vibrant than expected after beating Marseille. Lille no doubt will be hoping the title defence go as planned but being an away match for the current Champions, nothing is impossible.

Rennes dropped to 11th even though they beat PSG by 2-0.

PSG will host Angers in their next Ligue 1 match to maintain their lead on the Log as defending champions, Lille visits Bayo's Clermont for their Matchday 10 encounter. 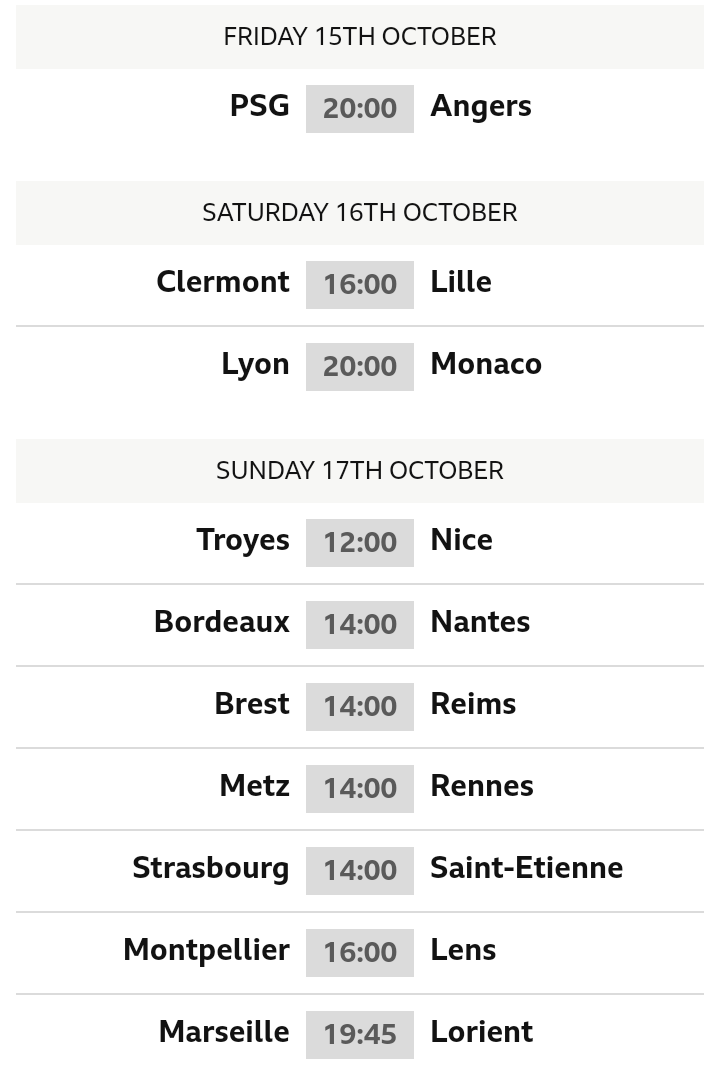 Star Match of week 10 shall be between Lyon and Monaco which could determine the position that Monaco occupies afterwards after tying on 14 points with Lorient and Marseille even though Marseille have a game in hand.

Messi is yet to have a league goal this season, how far can he go in the Leagues and will his performance bring Laurels to PSG in subsequent games? Follow for more Ligue 1 stories