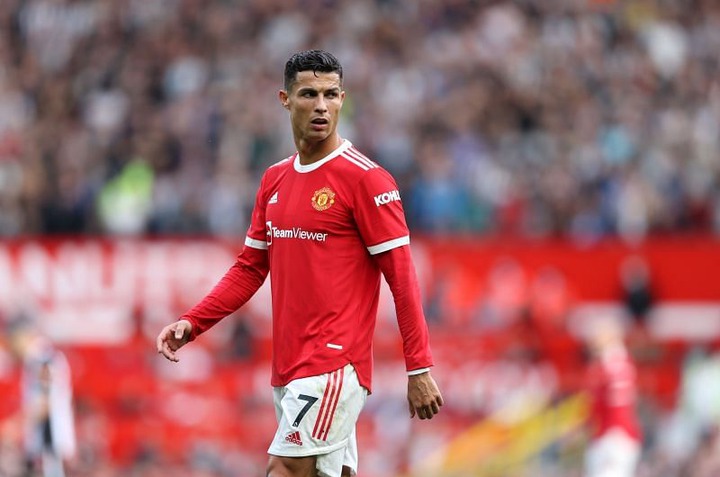 A country with a rich footballing heritage, Portugal has always been a footballing powerhouse. Portuguese players have dominated the game throughout history.

It took Portugal quite a long time to reach a major tournament in the 21st century, but they surprised everyone by winning Euro 2016 in a dramatic final against France. Two years later, Portugal won the UEFA Nations League as well.

There's no doubt that the present Portuguese national team is among the best in the business. Their squad features players of the highest quality. They are certainly not lacking in world-class players, either.

Many Portuguese internationals are playing for the top clubs in the world right now. Let's take a look at some of the world's most talented Portuguese players now. 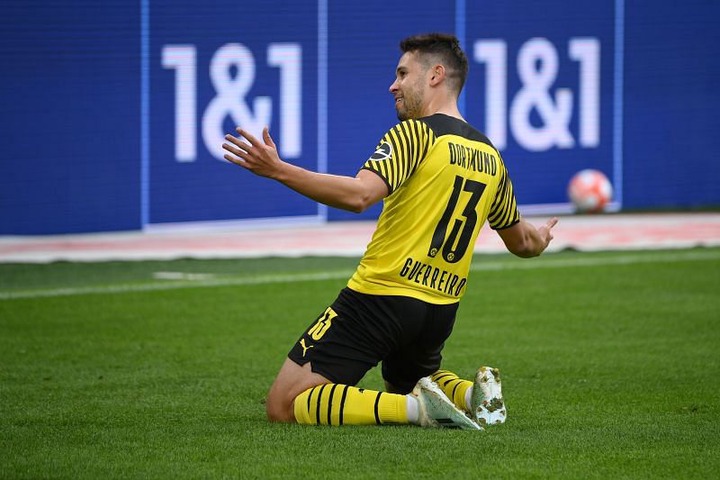 Despite having the physical and technical capabilities to play at any position across the left flank, the Portuguese international Raphael Guerreiro is also a gifted left-back.

As a ball passer, Guerreiro can shoot a thunderbolt into the net from time to time, displaying good ball progression, passing, and movement. The Borussia Dortmund striker also packs explosive pace.

In 40 appearances across all competitions for Dortmund in the 2020-21 season, he scored six goals and provided 11 assists. Guerreiro is one of the first names on Fernando Santos' teamsheet these days and it's fair to say that he has earned it. 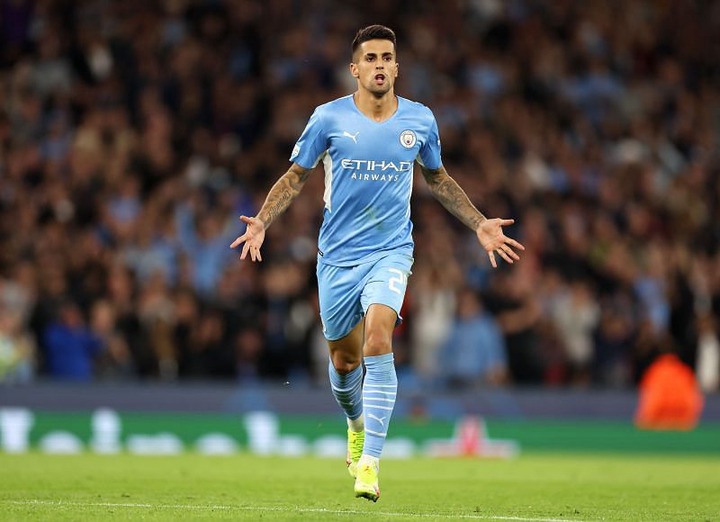 It was Joao Cancelo's technical proficiency that allowed him to play on either flank and execute his duties with great aplomb last season that helped City win the Premier League title and the Carabao Cup.

While Cancelo did not exactly hit the ground running at Manchester City following his arrival in 2019, he has since become an integral part of the squad. His pace, trickery, and eye for a pass have all helped Pep Guardiola's men abundantly since the start of the 2020-21 campaign.

Cancelo is good with the ball at his feet and so tactically intelligent that he is even deployed in central midfield from time to time. In the 2020-21 season, Cancelo scored three goals and provided five assists in 43 appearances across all competitions for Manchester City.

He was unfortunate to miss out on Euro 2020 after testing positive for Covid-19 before the tournament. 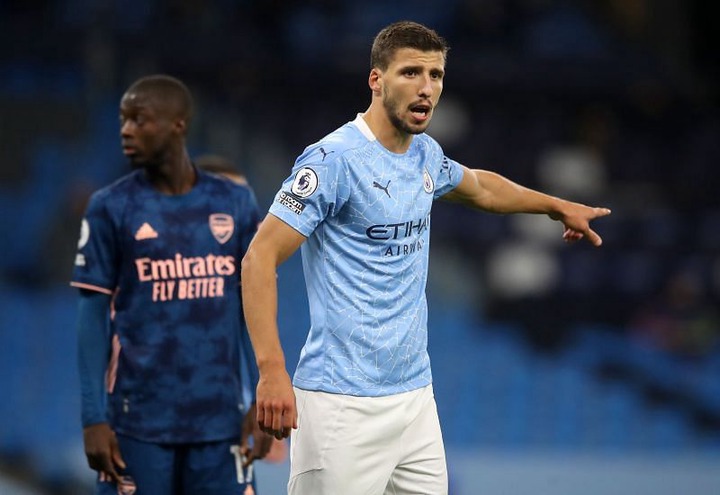 As Manchester City won the Premier League title, Ruben Dias worked his way to the center of Pep Guardiola's defense as he helped bring stability to the defense.

The 24-year-old helped the Cityzens keep 15 clean sheets in 32 Premier League appearances in the 2020-21 season. He also struck up a wonderful partnership at center-back with John Stones.

The former Benfica man won the Premier League Players' Player of the Season Award for his exploits in the league. He was also a central figure in City's League Cup triumph and their run to the final of the UEFA Champions League. 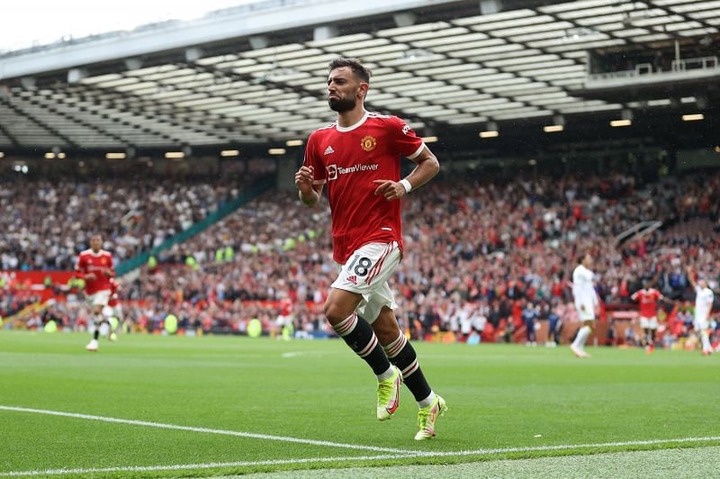 Since joining Manchester United in January 2020, Bruno Fernandes has been a relentless, hardworking presence on the pitch. Fernandes is not only a highly creative and intelligent player but also a tireless worker.

Don't be surprised if you see the 27-year-old make lung-busting recovery runs in the closing stages of a game after having worked his socks off for the length of it.

His leadership qualities and his work ethic have been a blessing to Manchester United and epitomize the values that Solskjaer wants his side to imbibe. Fernandes was Manchester United's top scorer and assist provider in the 2020-21 season.

He scored 28 goals and provided 17 assists in 58 appearances across all competitions last term. The attacking midfielder started the 2021-22 Premier League season with a hat-trick against Leeds United.

His quick-thinking and ability to play delightful first-time balls make him a threat like no other and United will be banking heavily on him this season as well. 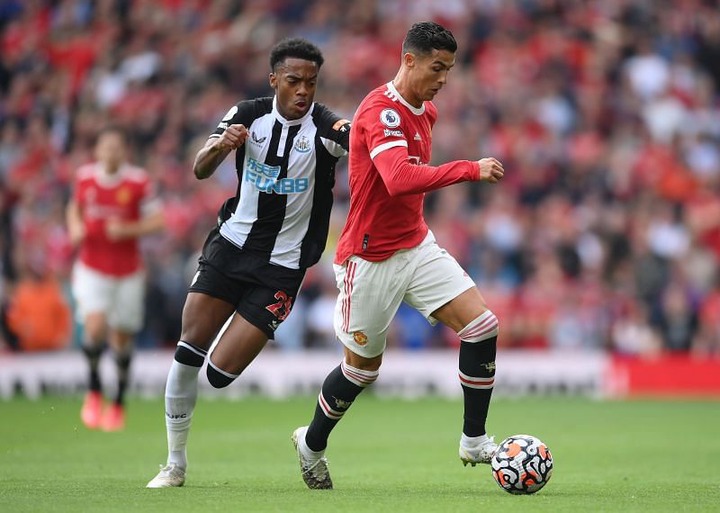 The 36-year-old Cristiano Ronaldo defies description. He has returned to his old hunting grounds and has been going hell for leather ever since. It seems as if he never left.

Ronaldo made a sensational return to Manchester United this summer and has scored in all three matches he has played so far. He has four goals in three matches for the Red Devils this season. It's well in keeping with the kind of goalscoring form he has showcased over the past year as well.

Ronaldo won the Serie A Golden Boot after scoring 29 goals in 33 appearances in the league in the 2020-21 season. He also won the Golden Boot at Euro 2020, scoring five goals and providing an assist in four matches for Portugal.

Despite being on the wrong side of 30, neither Ronaldo's work rate nor his productivity has suffered much. He is one of the greatest footballers of all time and is inarguably the best Portuguese player in the world right now.