List Of Players With Most Goals Across Europe Top 5 Leagues

By Religiouszone (self media writer) | 1 year ago

Football leagues is Gradually coming to an end, and the European Golden boot have just reached his elastic moment unless something serious just happen, Roberto Lewandoski will be looking forward to retain his golden boot award second time running, he is such a proflick scorer , this season he is just magnificent as he is first candidate to retain the Golden boot this season. Then Haaland is another top player that is in for a Golden boot opportunity, he is doing great at the moment despite Lewandoski outscoring him.with 10 goal margin, both of them played the least game than the others. 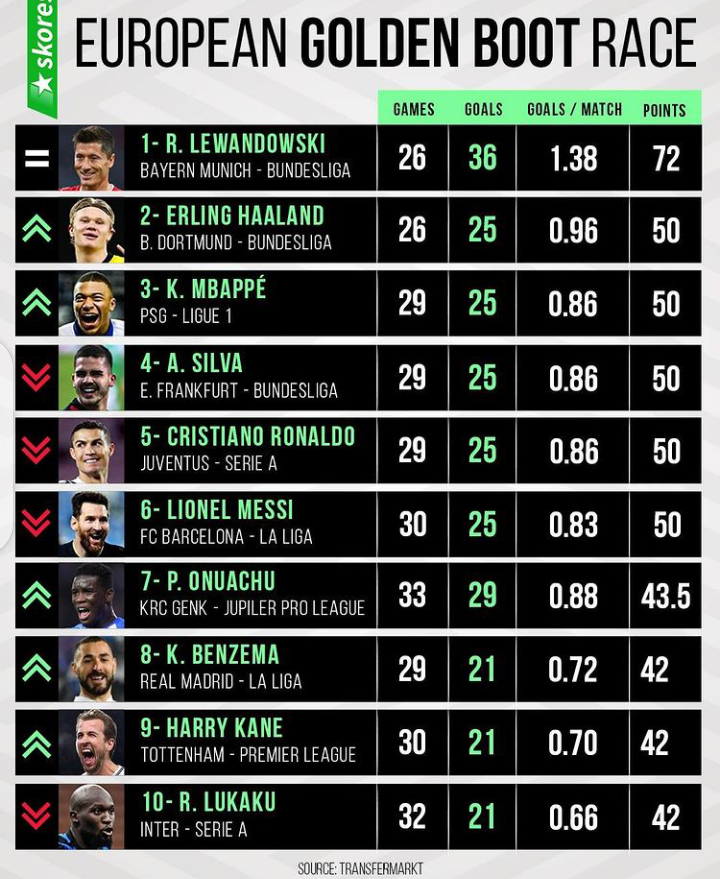 Well they are host lot of players pitted at a particular goal range, they all have the same numbers if goals, Lewandoski score 36 goals, then Haaland scored 25 goals this tenure, then players like Kylain Mbappe, Andrea Silva, C. Ronaldo, Lionel Messi all scored 35 goals in fewer games, they all have the same amount of goals which look strange, however p. Onuachu scored 29 goals and he played more matches than the other.

Then Benzema, Harry kane and Lukaku are next on the line , they scored 21 goals each to themselves these season, they are such a proflick goals scorers.

How will you rate this players goal scoring prowess

Content created and supplied by: Religiouszone (via Opera News )