Sweet moments coloured the series of Argentina's party when they won the 2021 Copa America. Because, amid the euphoria of the title, Lionel Messi took the time to call his true love, Antonella Roccuzzo. 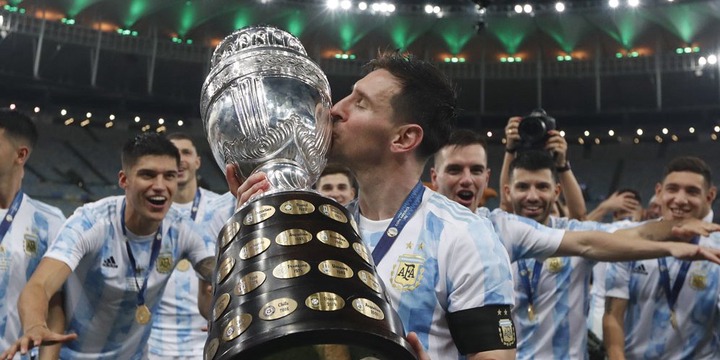 Argentina won the 2021 Copa America. In the final match at the Maracana Stadium, Argentina won 1-0 over Brazil through Angel Di Maria's goal in the 22nd minute.

Argentina party. Lionel Scaloni's team celebrates their country's 15th Copa America title. Argentina has not won the Copa America for a long time. They often fail in the final match.

For Lionel Messi, the Copa America title has a very special meaning. Because this is his first title with Argentina at the senior level. Messi has always failed in the final before. 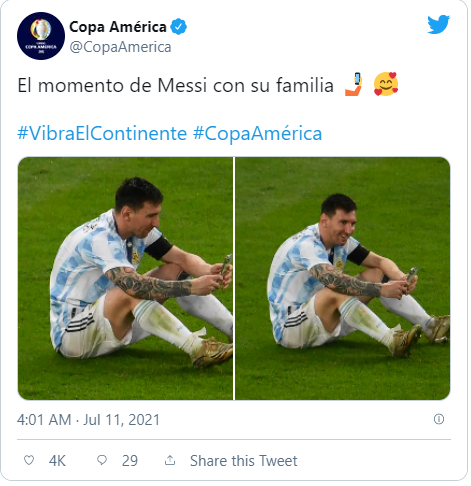 Before winning the 2021 Copa America, La Pulga failed in four finals with Argentina.

Messi looked very emotional as soon as the final whistle sounded. Messi was late in the championship party and got an honourable place from his teammates. However, Messi has never forgotten about Antonella.

Amid all the excitement that was felt, Messi created a sweet moment by calling Antonella. They make video calls. Antonella also uploaded the moment on social media. 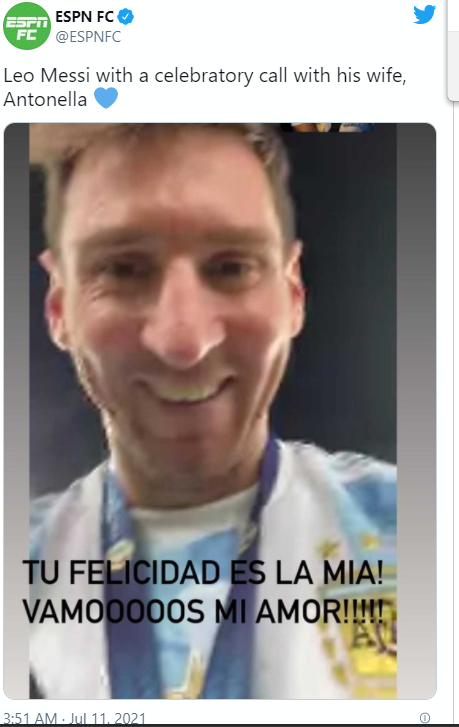 Antonella is Messi's childhood love. They come from the same area, Rosario, Argentina. Messi is years older than Antonella. The two met in 1996.

Messi has known him since he was five years old. Messi has been in a relationship with Antonella Roccuzzo since 2008.

They married in June 2017 and now have three children.