Manchester United have been struggling lately to win a game in the English Premier League. They have only won one game, drawn one and lost three of their last five Premier League games played. This poor performance has seen them drop from the top of the table to six places in the latest EPL standings.

Manchester United's latest defeat against Leicester City on Saturday has raised concern among the club's supporters, and some of them are now demanding that Ole Gunnar Solskjaer be replaced by a more capable hand. Meanwhile, United have been impressive in the UEFA Champions League and their latest 3-2 win against Atlanta showed that the team has what it takes to challenge for the English Premier League trophy this season. United are currently topping their group in the UEFA Champions League with six points, followed by Atlanta with four points.

Following their win against Atlanta, Ole Gunnar Solskjaer will be hoping that his players use the same momentum to approach the Liverpool game on Sunday. The game will be played at Old Trafford at 4:30pm West African time and the referee in charge is Anthony Taylor.

Here is Manchester's potential strong starting XI that could defeat Liverpool in the EPL on matchday nine. 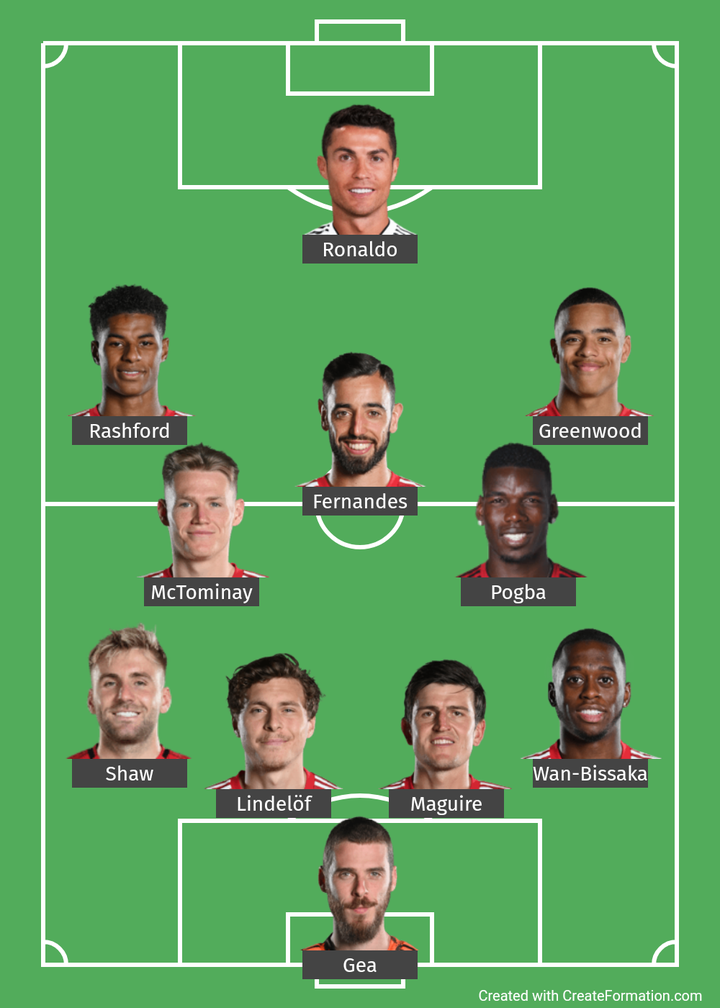