By Castano (self media writer) | 21 days ago

Chelsea are looking to increase their squad depth once the January transfer window reopens and could bring in a new defender this time. 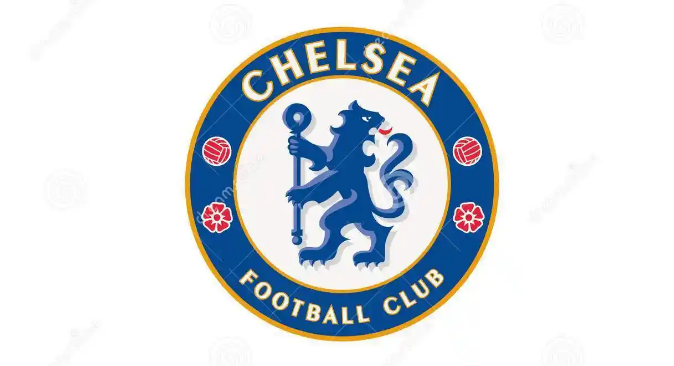 The Blues did some smart deals last time the transfer window was open. Thomas Tuchel's side secured the signature of their long-term target Romelu Lukaku and was also able to bring in Atletico Madrid Spanish midfielder Saul Niguez on loan.

As Chelsea did not do so many deals last summer window, they could be doing so this winter window as Tuchel and his backroom staff would be looking to have a strong squad to help them compete in the knockout stages of the UEFA Champions League, which they are sure they would qualify for.

Many might be arguing why The Blues would be looking to add some fresh faces as the Stamford Bridge side have started the new season brilliantly and sit at the top of the Premier League table after 11 games. Also, they are second in their UEFA Champions league group, 3 points behind group toppers Juventus who have 12 points from possible 12.

However, Thomas Tuchel knows the importance of having a good squad and one with good depth and so is already making plans for the future as he looks to strengthen the squad.

Some reports emerging from Turkey is that Chelsea are looking to sign €20million rated defensive ace Attila Szalai and could make an offer to bring him to England once the January transfer window reopens. 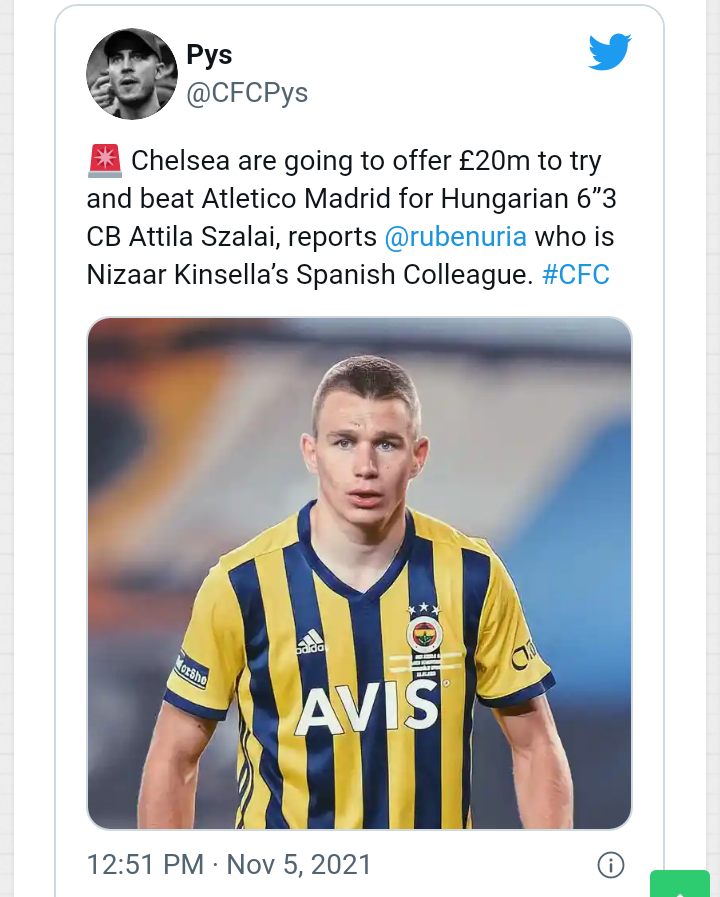 Not many would know Attila Szalai, but the 23-year-old star has the potential to be a big defender who plays for a big club. Szalai joined Fenerbahce earlier this year in the January transfer window from Cyprian club Apollon Limassol and has been a constant presence for the Turkish side.

As a matter of fact, the Hungarian international has made about 40 appearances for Fenerbahce till this day and have scored three goals in the process.

The 23-year-old has been likened to current Liverpool Dutch defender, Virgil Van Dijk, such is the talent he possess. Dubbed the Hungarian van Dijk, the tall centre-back operates like the former Southampton man and is rarely caught out of position like him.

Champions League winners Chelsea are said to be in the market for a new centre-half amid the uncertainty surrounding the future of their German defender Antonio Rudiger.

The 28-year-old centre-back is now into the final year of his contract and is yet to show any sign that he wants to commit to fresh terms at the club. In January, he would be free to negotiate and sign a pre-contract agreement with any club of his choice.

Like Rudiger, Andreas Christensen’s contract also expires at the end of the season, while the likes of Thiago Silva and Cesar Azpilicueta no longer possess the strength they had few years ago. Thus, it is important that Tuchel is working on rectifying this issue. 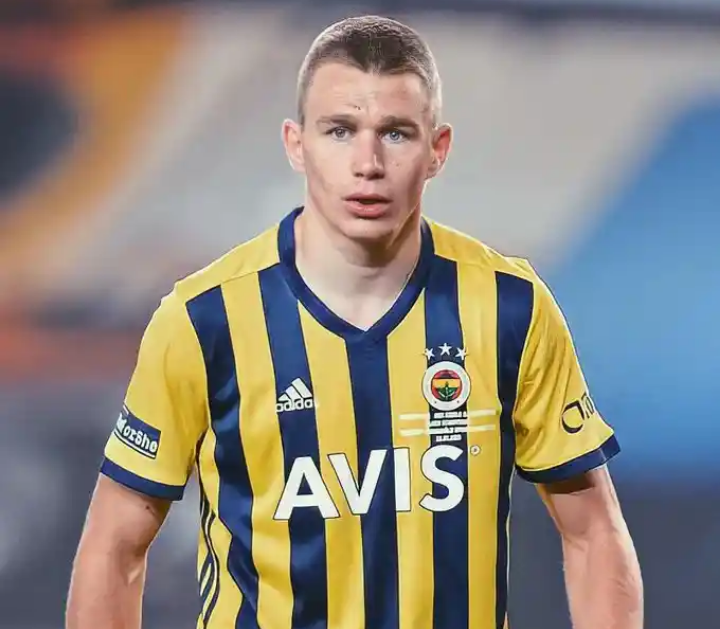 Attila Szalai would certainly fit into Thomas Tuchel's team. The young promising defender is tall, strong and powerful and is good at winning aerial duels. Furthermore, the Hungarian is also a smart reader of the game who has a habit of making vital interceptions and tackles.

Aside his ability to win aerial duels with ease and shield the goal post, Szalai can also initiate attacks and bring the ball out from the back with a certain level of efficiency.

Despite standing at 6ft 4ins tall, Szalai is not slow. He is also a strong personality and has good leadership skills.