By Josehub (self media writer) | 7 days ago

Cristiano Ronaldo is one of the greatest players to have ever grace the highest stage of football. The Portuguese international is a decorated football star player but just like other players, he has his flaws as well. Despite his versatility as a player, it is hard to keep cool when losing an important game to a rival club just like other players.

This season, the Portuguese captain Cristiano Ronaldo has been impressive both in the Uefa Champions League and English Premier League since making his debut for Manchester United despite the club's poor performance. Cristiano Ronaldo is yet to receive a red card this season despite making two horrible tackles on two different EPL players. The article states two times the referee and VAR's controversial decision favored Cristiano Ronaldo after a made a bad tackle which would have seen him be dismissed. In the heat of the game, former Real Madrid and Juventus star players were favored by the Referee and VAR after making a horrible tackle on Manchester City's Kevin De Bruyne.

It was a clear tackle, Ronaldo raised his boots, went for the tackle, and didn't get the ball not until De Bruyne fell on the floor. He should have been shown a straight red card for the tackle of the Belgian international. 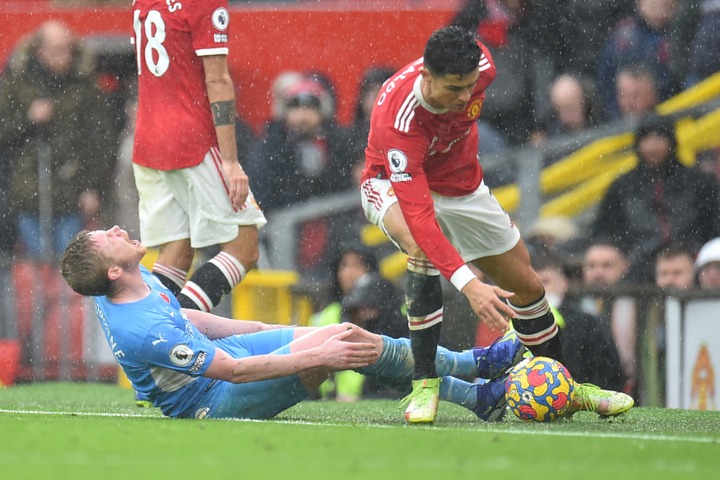 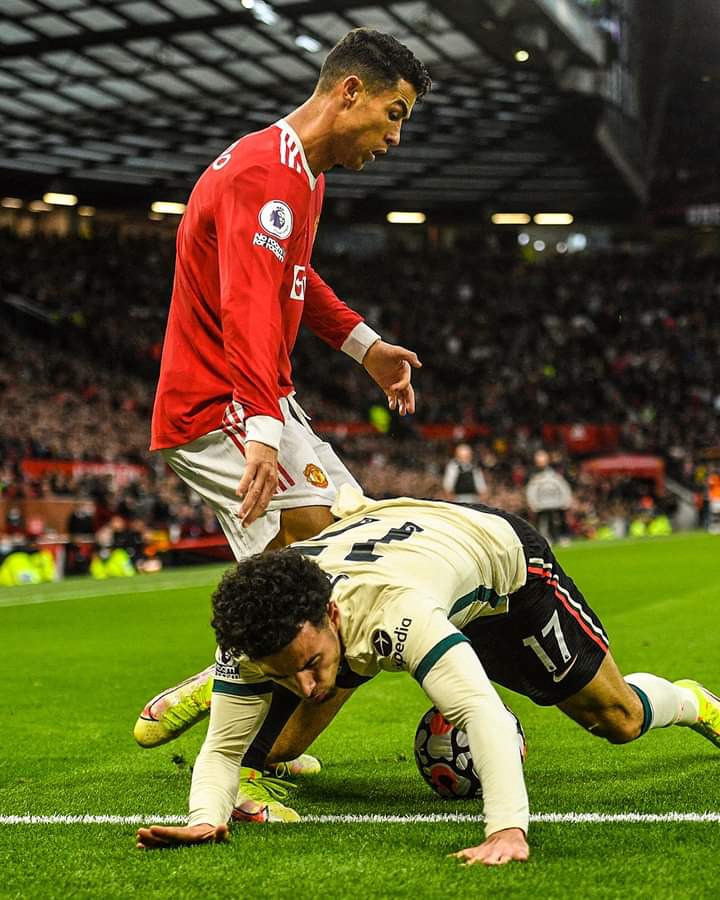 It was a clear bad tackle on a Liverpool defender, Cristiano Ronaldo was clueless and should have been sent off after he made such a tackle on a player.

Going through the pictures below, you can see that the Liverpool player was on the floor and had the ball with him but the five-times world-best player of the year Cristiano Ronaldo kicked both the helpless player and the ball at the same time. 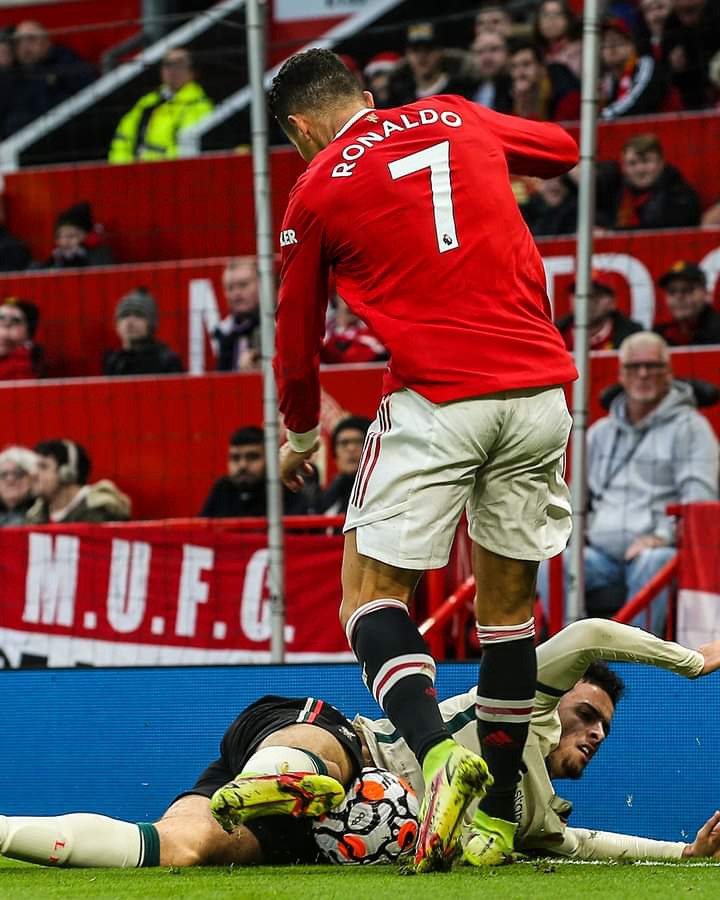