Legends Of The Nigerian League Part (4)

The Nigerian Professional Football League is a League Like No Other and has produced great players in the past.

Today we take our time to profile some of the Legends Of The Nigerian League.

#1) Gambo Mohammed he plays. In the Nigerian Professional Football League, he is 32 years old and he plays as a striker. 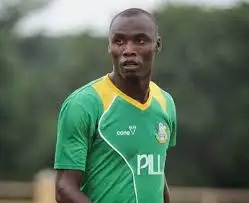 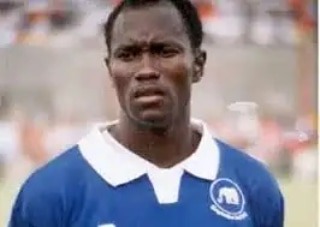 He started his professional career with Kano Pillars in 2006 from amateur side Buffalo FC before joining Kano Pillars north west rivals Katsina United in 2019.

He has played more than 200 games at the NPFL and has scored 73 Goals.

He was part of the team that was selected by the late coach Stephen Keshi That represented Nigeria at the FIFA Confederations Cup back in 2013.

He was a an integral part of that strong Kano Pillars team that dominated Nigerian Football (alongside Enyimba FC) from the late 2000s to the mid 2010s.

He is A TRUE LEGEND OF THE NIGERIAN LEAGUE.

He is a Ghanaian Ex-International and was a player in the Nigerian league.

He started his professional career in 2000 with Gabros International FC (now FC IfeanyiUba) before joining El Kanemi Warriors from there he Joined Enyimba FC. Before moving abroad to play in Tunisia, Qatar & Switzerland.

He also finished as joint top scorer in CAF Champions league in 2005 (with Mohammed Barakat of Al Ahly) while playing for Enyimba.

While playing in the Nigerian league he became a regular feature in the Ghanaian Black Star Team (that qualified to their first World Cup in 2006).

He is one of the most successful foreigners to in the Nigerian league.

He is A TRUE LEGEND OF THE NIGERIAN LEAGUE.