Samoa Joe has not wrestled a match since February due to several injury setbacks earlier in the year. While Samoa Joe has been a revelation in the RAW commentary booth, the fans still wish to see him back in the ring.

The Samoan Submission Machine was a guest on former IMPACT Wrestling Knockouts Champion Taylor Wilde's podcast, 'Wilde On.' The former United States Champion finally opened up on his in-ring future during the podcast appearance. 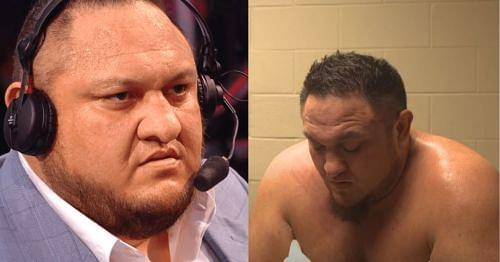 aight by saying that he is not done with his in-ring career by any means. The 41-year-old Superstar has been enjoying his commentary role on RAW, but he hasn't lost focus on his in-ring aspirations. He has decided to return to the ring, but he doesn't know when that would happen.

Joe also revealed that he is currently looking to try out different things, including voice acting. Samoa Joe also said that he is working on a project with Warner Brothers.

"Right now, I'm enjoying commentary on Raw. It's been a fun challenge. Obviously, I'm not done in the ring by no means. I think right now; I'm exploring things. Aside from that, I'm doing voice acting, which is fun and very cool. It's a very enjoyable thing. I have a project coming up with Warner Brothers. I'm very fortunate, and I'm very happy that I'm doing the things I'm doing right now." H/t  WrestlingNews.co

Dave Meltzer had revealed on a past edition of the Wrestling Observer Radio that the plan was to get Samoa Joe back to the ring sooner rather than later. The WWE officials are really pleased with Samoa Joe's work as a commentator as he has easily been one of the best announcers, if not the best in the company for the past few months.

"Probably not, but for now, he does such a great job with announcing, and he's had a lot of concussions, but for now, he's doing this. I know that when he first did the announcing, and of course, things changed, I was told that it was temporary because he's too valuable as a talent to have him as an announcer. But obviously, minds changed from when I was told that to when they decided to revamp it, and he is great as an announcer. In theory, he's supposed to wrestle again, but who knows."

Despite Samoa Joe's recent injury struggles, the Superstar still has a lot to offer as an active in-ring competitor, and we can't wait to see him back in action.