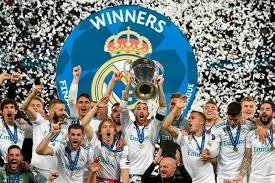 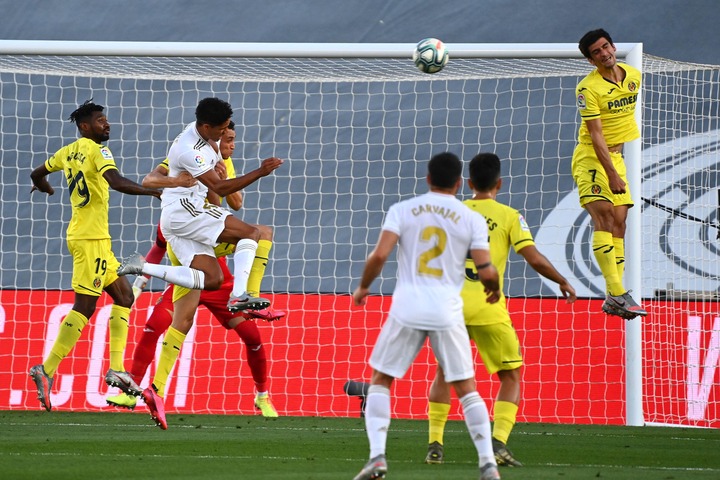 The encounter was no easy one for the Zinidine Zidane led side, as they had to host a dreading Villarreal side, who have been fighting for a place in European football next season. The first goal came in the the 29th minute when Karim Benzema fired home a pass from Luka Modric through the legs of Asenjo and into the back of the net. Brilliant work from the Champions. 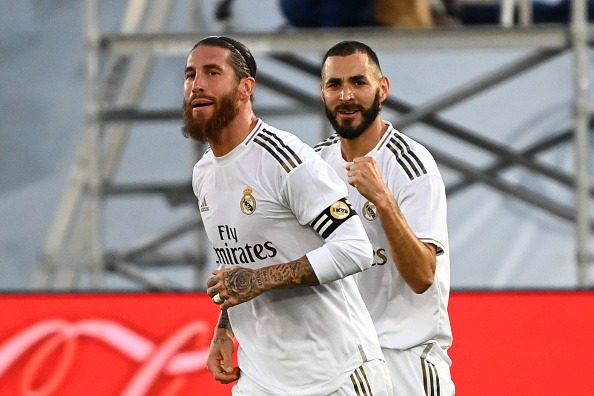 After the goal, the rest of the fixture went comfortably in favour of the champions, as they held up more of the possession and dominated everywhere, forcing Villarreal to defend. It was shocking to see Eden Hazard start the match, and win his first Spanish medal just one year after joining the club from Chelsea. Madrid dominated all through even into the second half, and they won a penalty in the 75th minute when Sergio Ramos was fouled in the box. A little drama was played before the Champions eventually converted their chance, as Ramos stepped up to take the penalty but then passed it off to Benzema, the visitors saw it as a time wasting strategy and protested to the referee. In the end, Benzema took the penalty and scored from the spot, giving Madrid a 2-0 lead and scoring his 21st for the season. The title is finally theirs now, after 3 years of waiting.

The champions almost made it 3 but the effort of Kroos went into the woodwork. Villarreal however, reacted quickly and scored a goal through Iborra, when he nodded home a cross from Gaspar. They also missed a chance 3 minutes later and proved very stubborn towards the end.

However, the match ended 2-1 in favour of Real Madrid, and they are now Champions of Spain, Zidane would be so proud of everyone of them especially the club's captain Sergio Ramos.