11 Of The Best Players Who Graduated From Barcelona Academy

By valentinoigwe (self media writer) | 5 months ago

Barcelona's Academy, also known as La Masia, has produced a plethora of talented players. Some of these players currently play for Barcelona's first team, while others play for other top European clubs. Ansu Fati is a Barcelona Academy graduate who is one of the club's most valuable players. The youngster is currently regarded as Lionel Messi's replacement. Barcelona Academy produced Lionel Messi, who is now regarded as one of the world's best footballers. 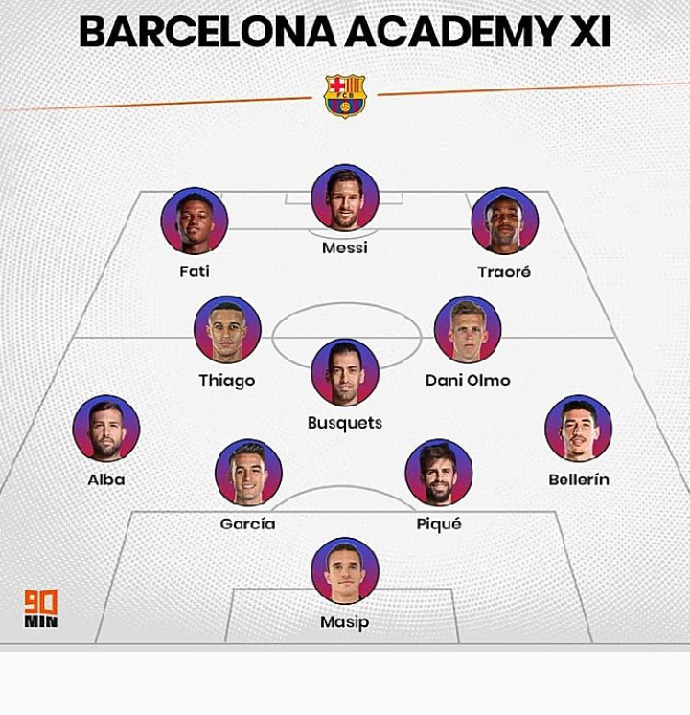 11 of the best players who graduated from Barcelona Academy.

Adama Taraore is one of the best wingers in the premier league, he is well-known for his incredible strength and pace. Gerard pique, Lionel Messi, Jordi Alba and Sergio Busquets are some of the academy graduate that have been successful in Barcelona. These four Barcelona players have won numerous titles and are among the most decorated players in Europe's top five leagues. Dani Olmo represented Spain in the recently concluded European Championship, and he has proven to be one of Europe's top five leagues' best talents.