After The Win Against Liverpool, See Chelsea's Next 5 PL Fixtures.

By Marco'sGists (self meida writer) | 1 months

Following that impressive draw against Manchester United in the weekend, the Blues' returned to action away to struggling Liverpool on Thursday night. Lots of changes were made in the starting lineup as Reece James, Jorginho Frello and Timo Werner returned to the starting X11 for Thomas Tuchel. 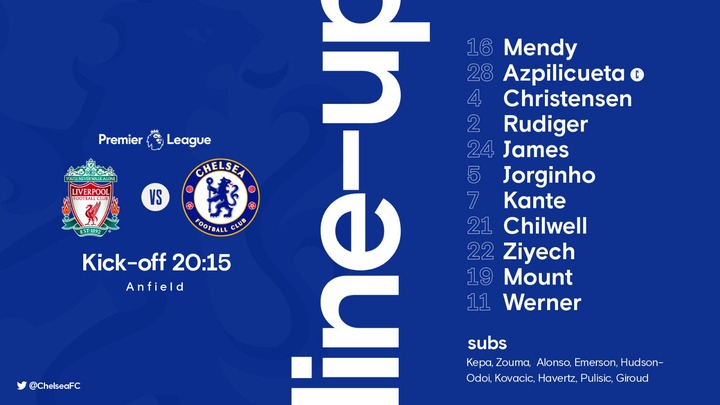 The Blues' started the game really well with some fantastic goalscoring opportunities early on in the game, particularly with Timo Werner shot just a bit from top corner before Cesar Azpilicueta also coming very close to scoring. 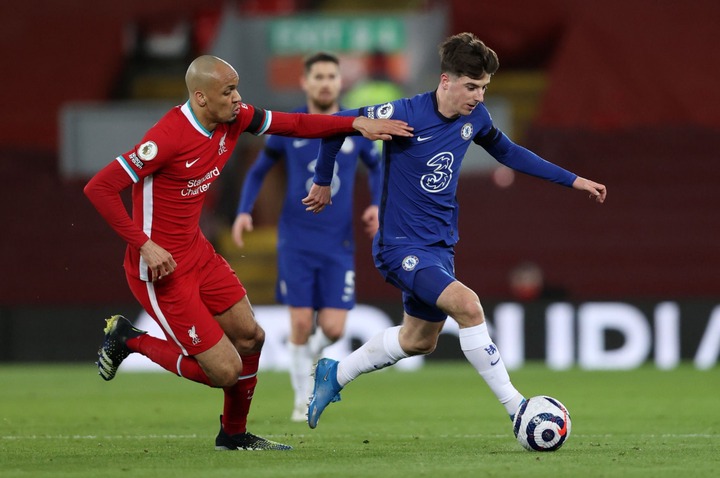 Timo Werner had the ball rolling in the back of the Liverpool's net with just over 20 minutes played. After VAR review, the goal was ruled out for offside on Werner as the pass came in from Jorginho.

The host had their own say just after that with a wonderful link up play involving Salah and Mane, who just couldn't control his volley to keep it in.

Chelsea kept on pressing and were rewarded courtesy of Mason Mount's exquisite finish. The youngster drove forward with immense pace, driven by a scintillating pass through the top from Ñgolo Kante, cut in front the left and fired the home into the bottom corner. 1-0 Chelsea was the first half result. 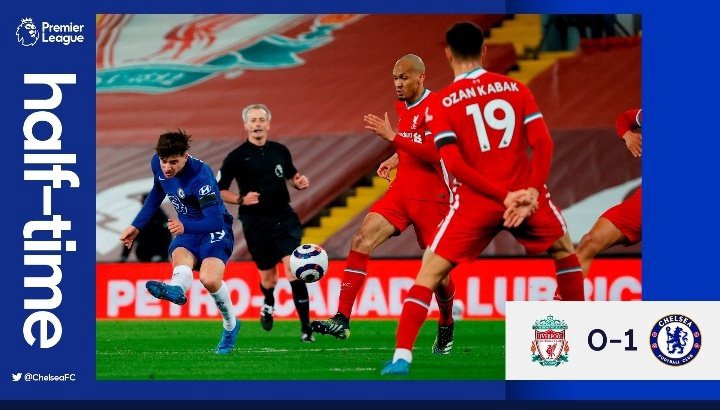 Following the first half time out, the game returned to life with the visitors in search of the killer goal. Few substitutions from the host with just over 30 minutes to go with Diogo Jota returning from injury as well as Alex Oxlade Chamberlain coming on to replace Curtis Jones and Mo Salah respectively. Lots of chances came and gone with Chelsea still unable to find the killer goal. Allison at the goal was absolutely superb, stopping Timo Werner, Hakim Ziyech and Mason Mount a couple of times. 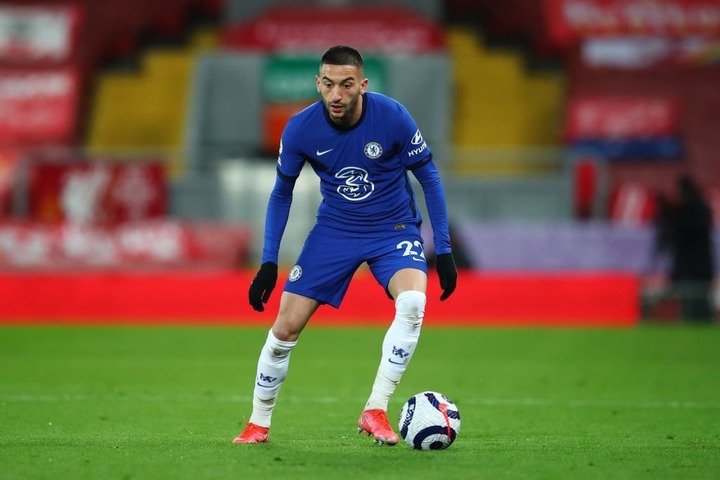 With just over 10 minutes still to play, Christian Pulisic came to replace Hakim Ziyech who was outstanding while he was on. Mateo Covaçic replaced the goal scorer Mason Mount with 8 minutes to go of normal time, still looking for that killer goal. 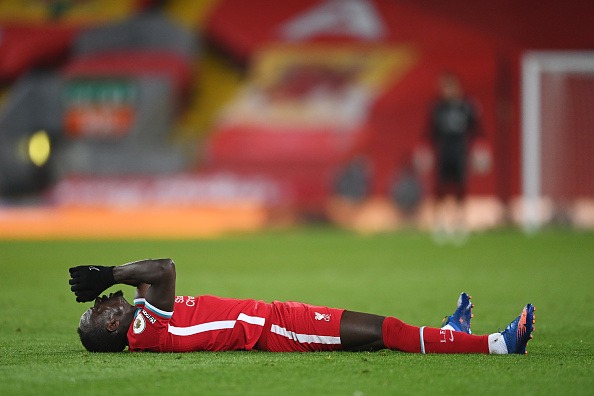 Firmino and Kabak had some half chances just at the dearth but unable to find the net. Kai Havertz came on for Timo Werner for the stoppage time minutes. 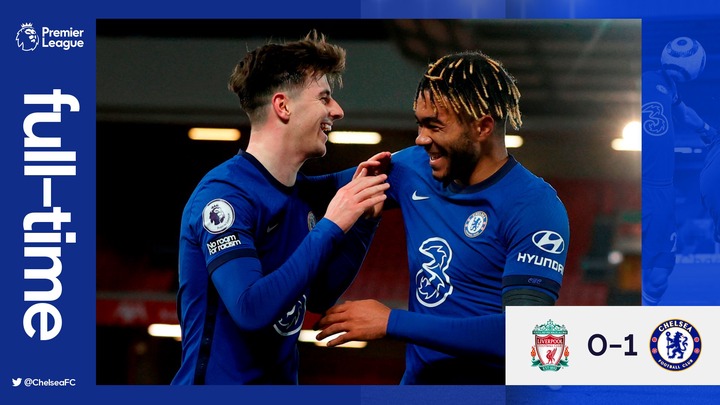 The Blues' held on for the much deserved three points as they climbed back into the top four spot, 3 points behind Leicester and four behind Manchester United, who plays league leaders Manchester City next up. 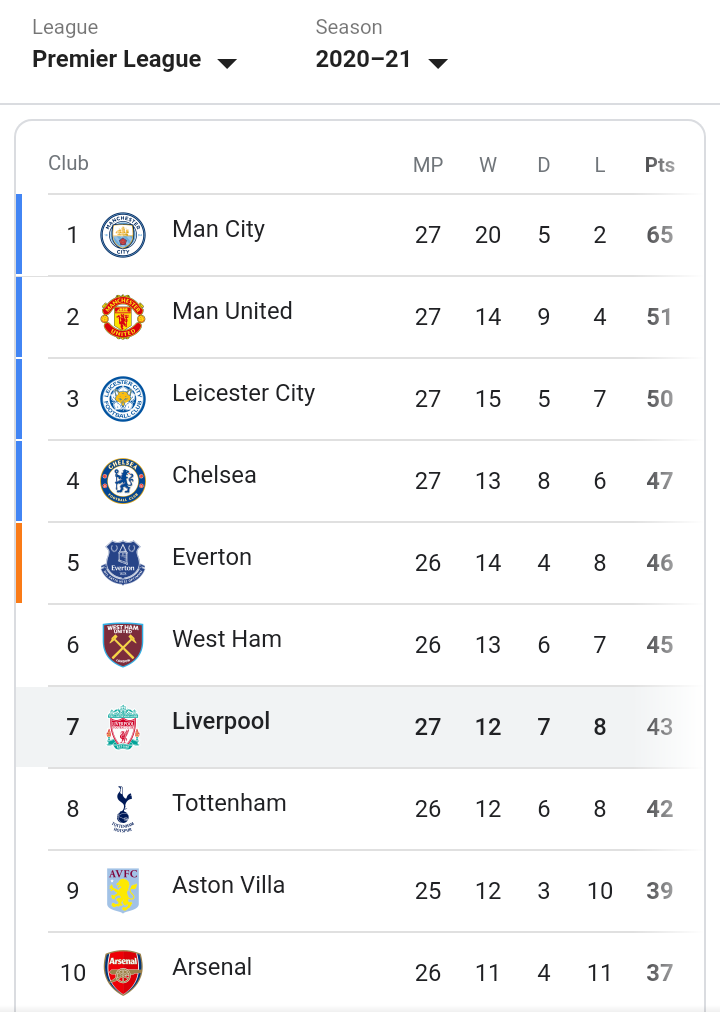 Following that clash with the Reds, the West London Giants will be back in premier league action next up against;

On March 8th, the Blues' will welcome the Toffees at Stamford Bridge as they will be looking to go all out for the top 4 finish. Chelsea lost the reverse leg at Goddison Park earlier this season under the leadership of former manager Frank Lampard, thanks to a Gilfi Siggurdson first half penalty.

Chelsea will battle Marcelo Biesla Leeds United on March 13th as they will be preparing to host Atletico Madrid at the Bridge for the return leg of the UEFA Champions League round of 16, having won the reverse leg few days back, thanks to Olivier Giroud bicycle kick.

On April the 3rd, Chelsea will be at home to relegation threatened West Bromwich Albion. The Blues' drew the first leg of the tie in a 6 goals trailer under the then manager Frank Lampard, after being thrailled 3-0 down in the opening 45 minutes.

Chelsea demolished the Eagles 4-0 at Stamford Bridge back earlier on in the season. Palace who drew 0-0 to Manchester United on Wednesday will host the Blues' at Selhurst's Park on April 10th.

The West London Outfit started the season with a 3-1 win against Brighton and Hove back in September of 2020 and will be looking to inflict more damage on the mid-table team come April 17th.

In between this games, is a Champions League night against Atletico Madrid and FA Cup quarter finals at home to Sheffield United on March 17th and 21st respectively.

As a Chelsea fan, I am really happy with the way the fixtures are looking. A couple of wins in this five games can see us secure top 4 as early as possible given the run of fixtures for other top Contenders such as Manchester United, Liverpool, Leicester City, Tottenham Hotspur, Westham United and (probably maybe Arsenal, of which seems very much almost impossible). Checkout how football fans has reacted to the newly announced super League.