Bobby Lashley has opened up about The Hurt Business and stated that they originally wanted SmackDown Superstar Apollo Crews to be a part of the RAW faction.

The Hurt Business was formed last year by MVP and Bobby Lashley, and they were later joined by Shelton Benjamin and Cedric Alexander. 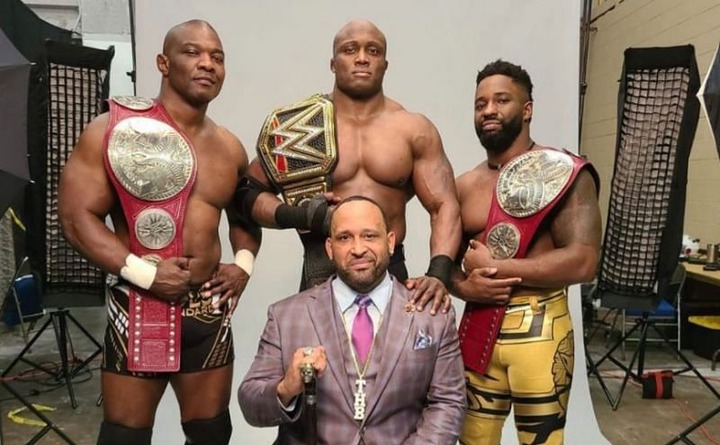 The faction has tasted a lot of success as Lashley has won the United States and WWE titles, while Benjamin and Alexander are the current RAW Tag Team Champions.

While speaking on After The Bell with Corey Graves, Bobby Lashley spoke about Apollo Crews and how The Hurt Business wanted the former US Champion to be part of the faction.

"When I got in and had an opportunity to work with him, I said, 'Apollo's a cool dude, man. He's a really cool dude.' And what I was telling before, when we started The Hurt Business, we wanted Apollo first. Because I was like, 'Apollo, you need that, man. You're too pretty, you're too nice, we like you too much.' You've got to be hated, you've got to have some grit. We tell Cedric, 'Cedric, be as dirty as you can.' And Cedric is dirty and Apollo needs that too, man," said Bobby Lashley.

"A cool thing about Apollo, before I even came back, Apollo hit me up. I didn't even know Apollo - he gave me a DM and he was like, 'Hey man, I've got a couple of questions to ask you. Did you ever get frustrated when you were here?' And I was like, 'Man, I said listen, bro, you're talking to a man who's not in and that wants to get in. So you're in the greatest place you can be right now. And you're an amazing talent and that's something that cannot be denied," said Bobby Lashley.

He told Crews that he has the talent and that everyone in WWE respects him, so he should "stick in there".