At the Wanda Metropolitano, the Uruguayan was hesitant to rejoice after putting his old teammates to the sword. 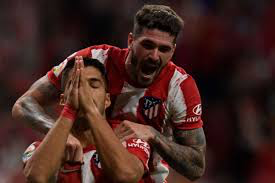 After compounding Barcelona's dilemma with his first goal against his former employers on Saturday, Atletico Madrid striker Luis Suarez placed his palms together to plead forgiveness.

The Uruguayan scored late in the first half to give Atletico a 2-0 halftime lead over the struggling Catalans, which proved to be the final score.

Even when his teammates surrounded him in joy, Suarez remained respectful of Barcelona's situation, refusing to celebrate. He did, however, make a gesture that could be seen as a swipe at Ronald Koeman, his former manager.

A strike to remember

Suarez faced Barcelona for the second time after completing his transfer across La Liga in the summer of 2020.

A positive Covid-19 test denied the forward the opportunity to play against his former teammates in the first league match of the season, and he went scoreless in Atletico's 0-0 draw with Real Madrid in May as the club closed in on the title.

He was on target this time, scooping up a beautiful ball from Thomas Lemar - who had opened the scoring at the Wanda Metropolitano - and doubling Atleti's lead. 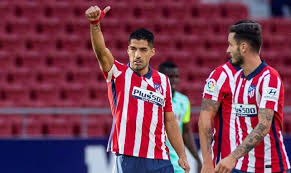 Suarez, on the other hand, refused to celebrate his strike, instead making a sign of regret to the Barcelona players, who had enjoyed six trophy-laden years with the club.

However, when questioned if the gesture was meant at Koeman, Suarez said it had nothing to do with his former boss.

"It was for individuals who know I have the same number," the forward explained, "so they know I'm still on my phone."