By Anjolapaul (self media writer) | 3 months ago 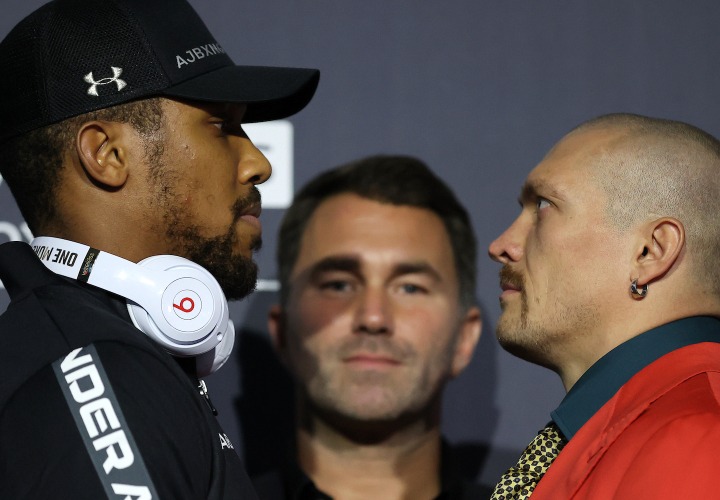 Ukranian boxer oleksandr Usyk kneels on the canvas after the 12th round of his unanimous points over world heavyweight title win over Anthony Joshua.

Anthony Joshua after being defeated was said to be rushed to the hospital for a suspected broken eye socket encountered during the massive fight with current heavy weight champion Oleksandr Usyk.

Anthony Joshua promoter Eddie Hearn, who announced this moments after the loss to oleksandr Usyk of Ukraine on saturday in London said also that his fighter was ''devasted'' by the defeat.

Usyk, giving away height, weight and reach to the champion, proved to elusive for Joshua throughout the match and landed most of the clean shots.

He finished with a flurry in round 12 as he went in search of a knockout. Joshua stayed upright but the decision was a formality as Usyk took the WBA, WBO, IBF and IBO belts away from Anthony Joshua. With the three judges scoring 117-112, 116-112, 115-113. 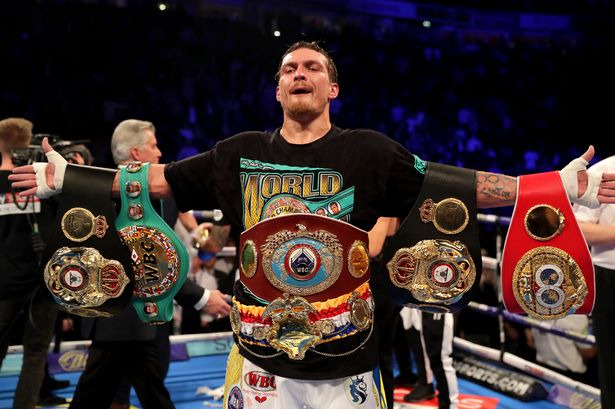 For Anthony Joshua, a second career defeat was a crushing blow and destroyed any hopes of an intense match with fellow boxer Tyson Fury, the current WBC title holder. 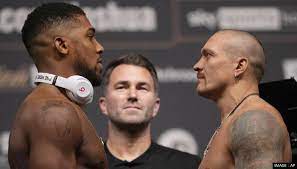 Content created and supplied by: Anjolapaul (via Opera News )