Opinion: How Arsenal Could Lineup Next Season With Their Summer Transfer Targets 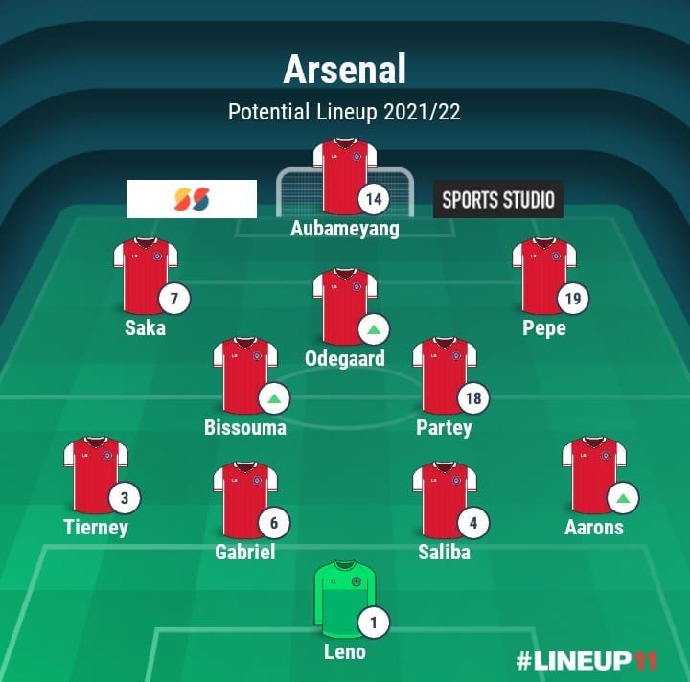 Goalkeeper: Arsenal is rumored to be interested in signing Onana this summer. However, due to his ban, the Ajax Amsterdam goalkeeper will be able to compete in November. Next season, Bernd Leno will most likely be the starting goalkeeper. If Onana arrives at Emirates Stadium, he will have to compete with Leno for a starting spot.

Defenders: This summer, Arsenal will be looking for a new right back. They want to sign Aarons before the start of the next season. His partnership with Saliba Williams will contribute to a more productive football next season. Arsenal's defense, on the other hand, will be more stable if Aarons and Saliba team up with Tierney and Magalhaes.

Midfielders: Arsenal is also interested in Thomas Partey, who plays in the defensive midfield. After missing out on Buendia, they have been linked with Bissouma. Martin Odegaard is also a target for them. The combination of Odegaard, Bissouma, and Partey could help Arsenal dominate midfield play against tough opponents next season.

Forwards: Arsenal has a plethora of forward options for the upcoming season. This summer, they are unlikely to sign a winger or striker. Willan Borges could leave the club this summer, but Arsenal are unlikely to replace him. Arsenal could start Saka and Pele on the wings next season, with Aubameyang leading the attack.