Juice Robinson Set To Miss Wrestle Kingdom 15 Due To Injury 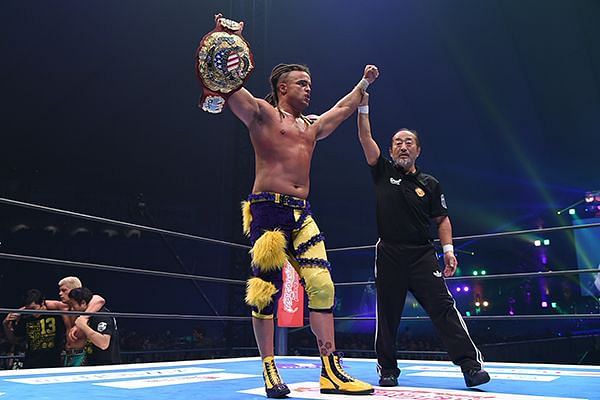 restling has confirmed that Juice Robinson will miss out on next year's Wrestle Kingdom 15. The former IWGP United States Champion has sustained a fractured orbital bone and will be unable to compete at the Tokyo Dome against KENTA.

The Flamboyant was initially set to challenge for KENTA's IWGP United States Heavyweight Championship Right To Challenge Contract. In the absence of reigning IWGP US Champion Jon Moxley, Robinson and KENTA stepped up to the plate for Wrestle Kingdom 15.

During the Road To Tokyo Dome shows, Juice Robinson engaged in a feud against KENTA. With still no signs of Jon Moxley in NJPW since February, New Japan officials decided to move forward with Robinson vs. KENTA for Wrestle Kingdom 15.

Earlier today, the promotion even announced that KENTA would defend his IWGP US Championship Right To Challenge briefcase against The Flamboyant on January 4th. But, moments later, NJPW Global would tweet out the following:

Juice Robinson has had quite the history with Jon Moxley, even during their days together in WWE. Robinson first lost the IWGP US Heavyweight title to Moxley when he made his NJPW debut and since then Moxley has gone on to become a two-time IWGP US Champion.

At the beginning of the year, Jon Moxley won the IWGP US Championship from Lance Archer and defended against Juice Robinson, as well. Moxley then followed it up with a defense over Minoru Suzuki, which would be the former's last match in New Japan so far.

As it stands, it remains to be seen when Juice Robinson can return to action and we wish him a speedy recovery.