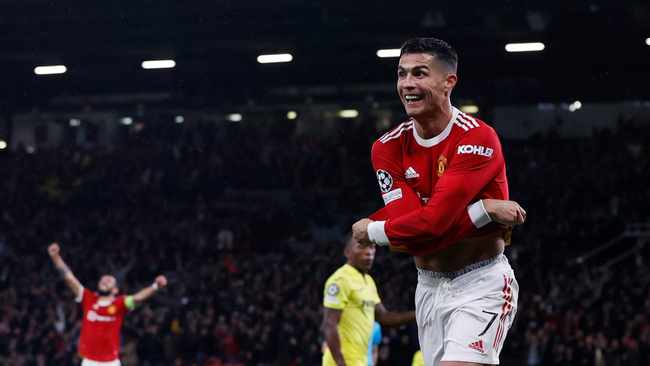 Cristiano Ronaldo holds the record as the player with the most goals at both club and international football.

He has taken the art of goal-scoring to another level.

He is also known for his trademark 'siuuu' celebrations -- a style he adopts by running to the sidelines, leaps high into space, turns and lands astride with his back turned to the crowd, showing his number 7 jersey.

The Portuguese superstar has so horned his goal-scoring skills and perfected the celebrations he adopts after scoring that he is being copied by fellow footballers and fans alike. 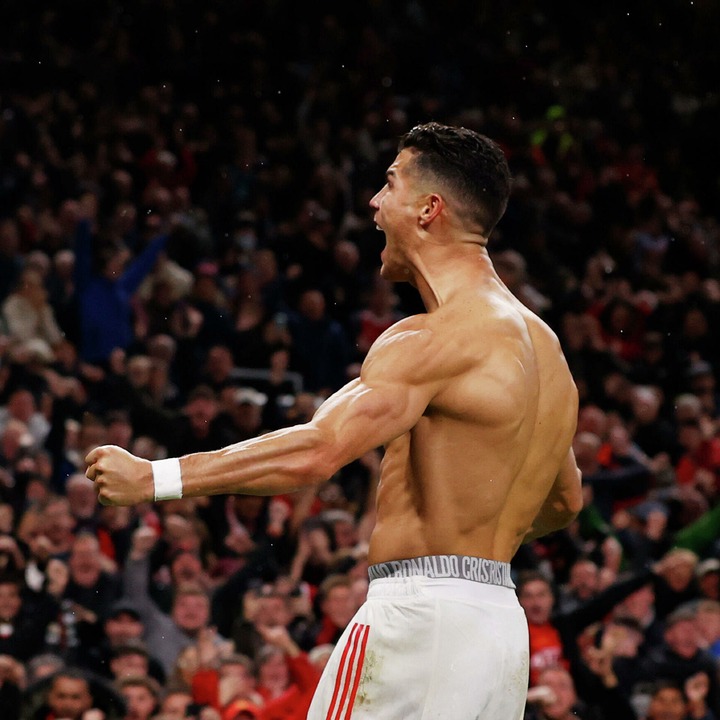 However, the former Real Madrid forward has been known for doing something that he keeps getting booked for, and which he is not prepared to jettison.

Habits die hard, it is often said. Ronaldo's almost 2-decade career is littered with instances where he has fallen on the wrong side of referees in England, Spain and Italy for his excessive celebrations -- a habit where he runs to the sidelines after scoring a goal, rips off his jersey and throws it into the crowd!

It is a standard rule in football that a player will get penalised for unnecessarily removing his shirt while a match is in progress.

And Ronaldo, a top player in the game is supposed to know.

So, he is often not forgiven whenever he does the shirt-removing routine while celebrating a goal.

And, does he seem to care? The frequency with which he incurs the wrath of referees should ordinarily have served as a deterrent.

But it certainly doesn't with Cristiano Ronaldo.

PUNISHED THRICE IN ONE MONTH 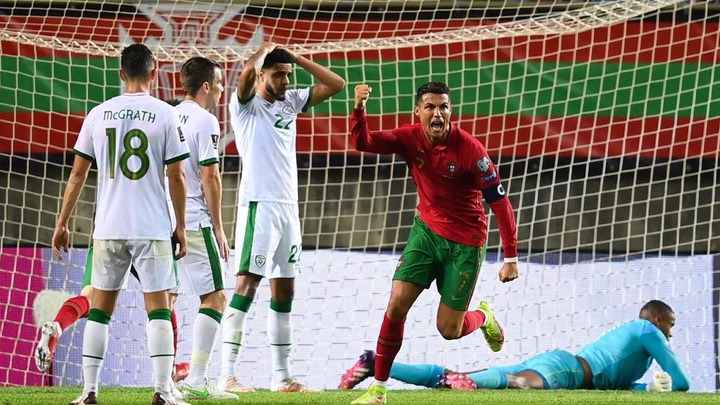 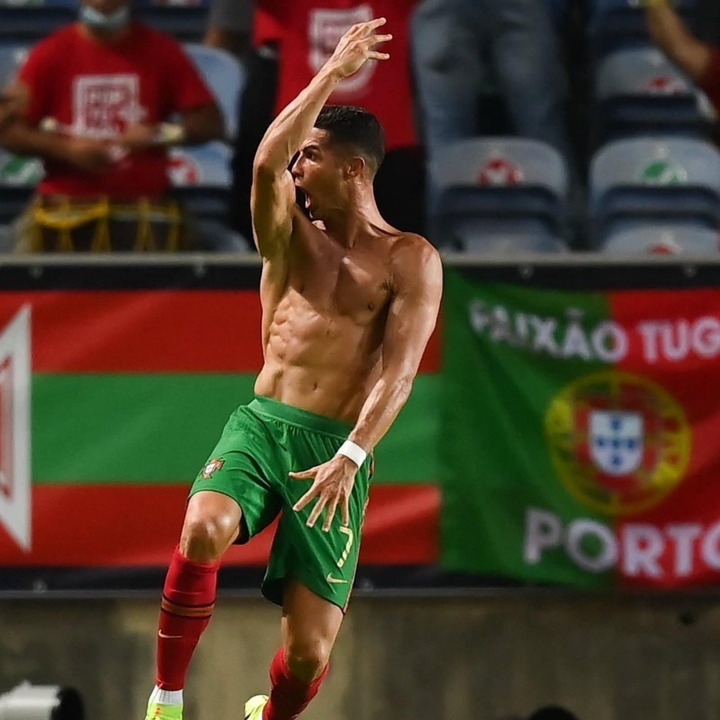 Cristiano Ronaldo began his yellow card saga for his habitual shirt-removing antics in what turned out his last game in the colours of Juventus of Italy.

It was Sunday, August 22 at the Friuli Stadium.

Juventus were playing against Udinese and had scored two goals through the boots of Paulo Dybala and Juan Cuadrado within the first 23 minutes.

But the home side had fought back gamely to equalise and make scores 2-2.

Then, Ronaldo who had been sitting on the bench was brought in by manager, Massimiliano Allegri to try and rescue the match.

He did not disappoint as he headed in a 94th goal that would later be overturned following a VAR review.

However, before then, he had run off to the touchline to do his usual celebrations by ripping off his shirt. 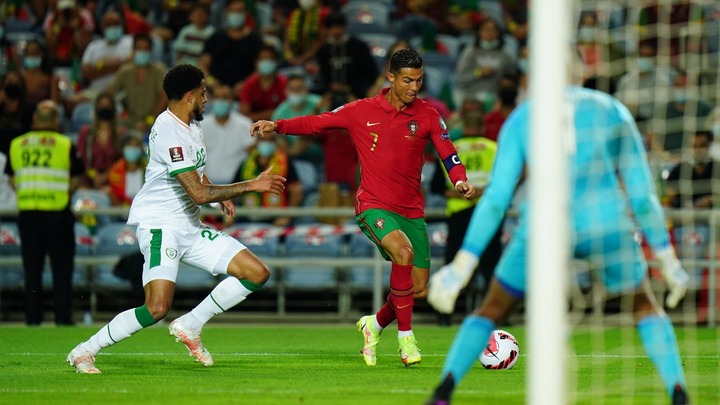 After that, he came to England in a second stint with Manchester United.

He started off well by scoring goals and reigniting self belief amongst the Old Trafford faithful.

But he has also appeared to travel on the road of infamy since then.

On September 1, while captaining his country, Portugal against Ireland in a Qatar 2022 World Cup qualifier at the Algarve Stadium, Ronaldo again ended on the wrong side of the referee who yellow-carded him for removing his jersey and throwing it into the crowd after scoring two late goals.

Portugal had been trailing all match long by an early John Egan strike before Ronaldo saved the day, scoring in the 89th and 95th minutes to snatch victory apparently from the jaws of defeat.

In ecstasy after what appeared a great escape, the 36-year old forward tore of his shirt as he soaked in adulations from the crowd. Then, he got a yellow card!

That booking also fetched him a suspension as he no longer had further part to play in other qualification matches that followed. 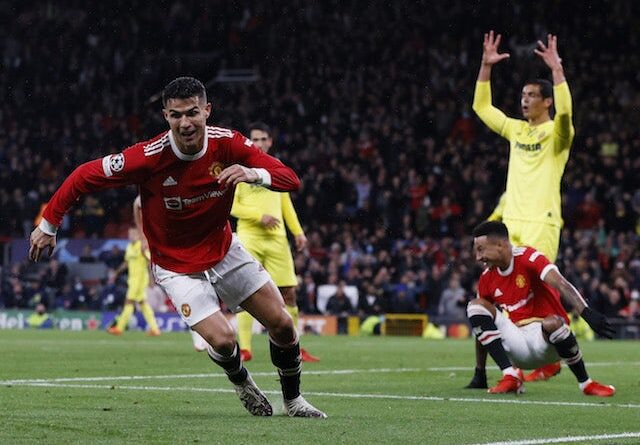 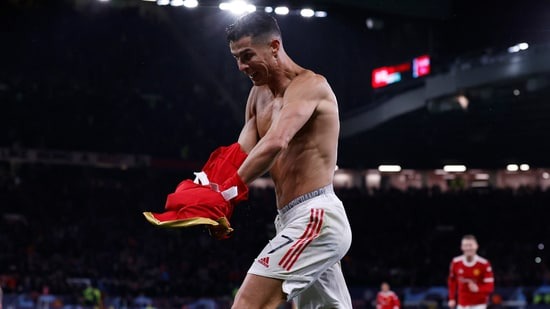 As if that was not enough, Ronaldo was again found wanting when Manchester United hosted Villarreal in a UEFA Champions League game at the Old Trafford Stadium on Wednesday, September 29.

The Spanish side which beat United to the Europa League trophy last season had drawn the first blood, scoring through Paco Alcacer early before Brazilian left back, Alex Telles scored the equaliser.

Once again, the Portuguese striker had run to the sidelines and tore off his famous number 7 jersey in celebration.

As he ran around wildly in his well toned physique, the referee did not waste time to issue him a yellow card.

As usual, he did not care!

That was his 5th goal since making his second debut for the club against Newcastle United at Old Trafford on September 11.

It's a long season. Great matches that would be characterised by tension and great goals lie ahead.

That Ronaldo would be at the centre of it all is not in doubt. It is also not unlikely that he would get more of such bookings, especially if he does one or several of his now typical late goals, shirt-removing celebration routines.

Not unlikely at all! 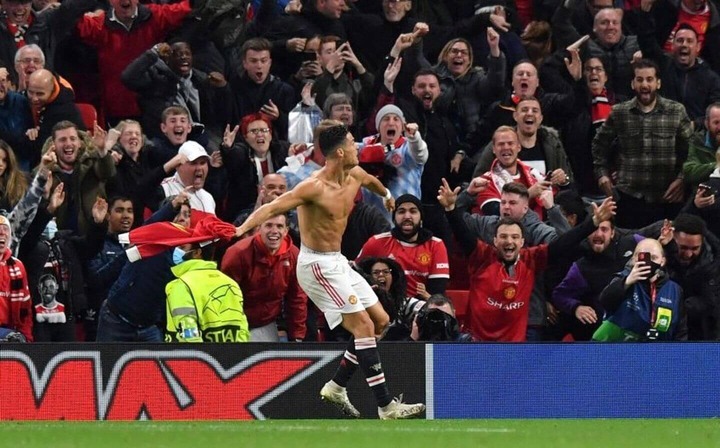 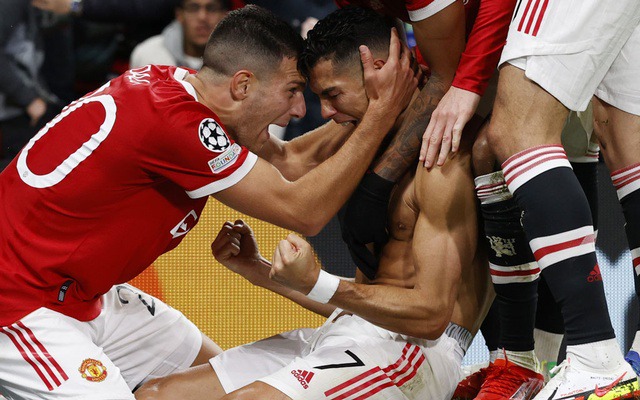