By WriterMedia (self media writer) | 3 months ago 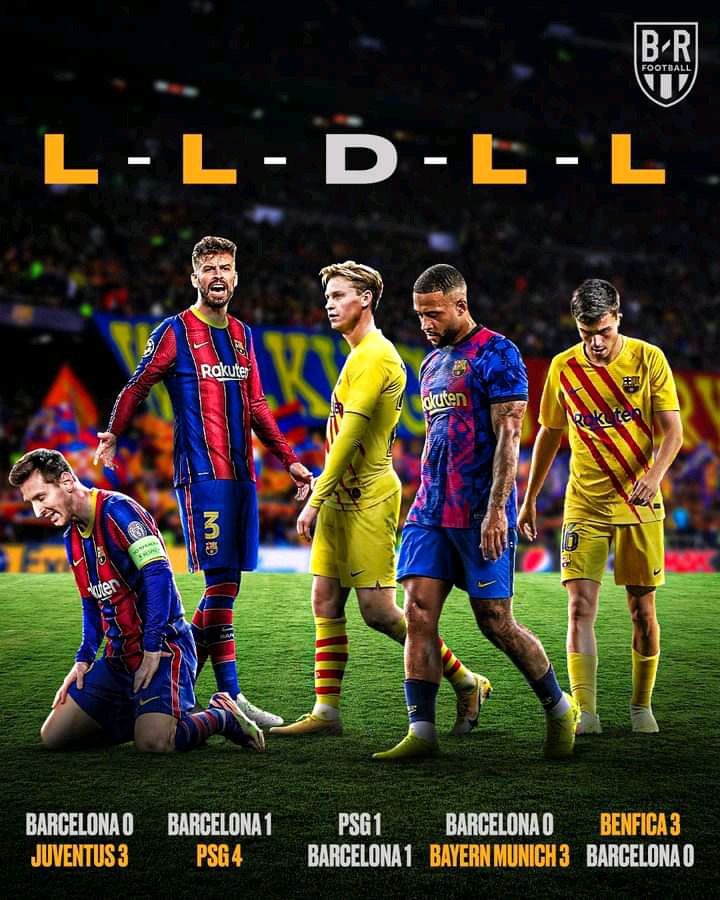 As it stands, Barcelona is the only team yet to register a shot on target in the Champions League campaign this season. While they may have won their last league game with a 3-0 scoreline,the Blaugranas are still struggling against other top European clubs in the UCL.

The fact that head coach,Ronald Koeman was spotted smiling happily after the 3-0 loss to Benfica speaks volumes of the low level the club has found itself in recently. 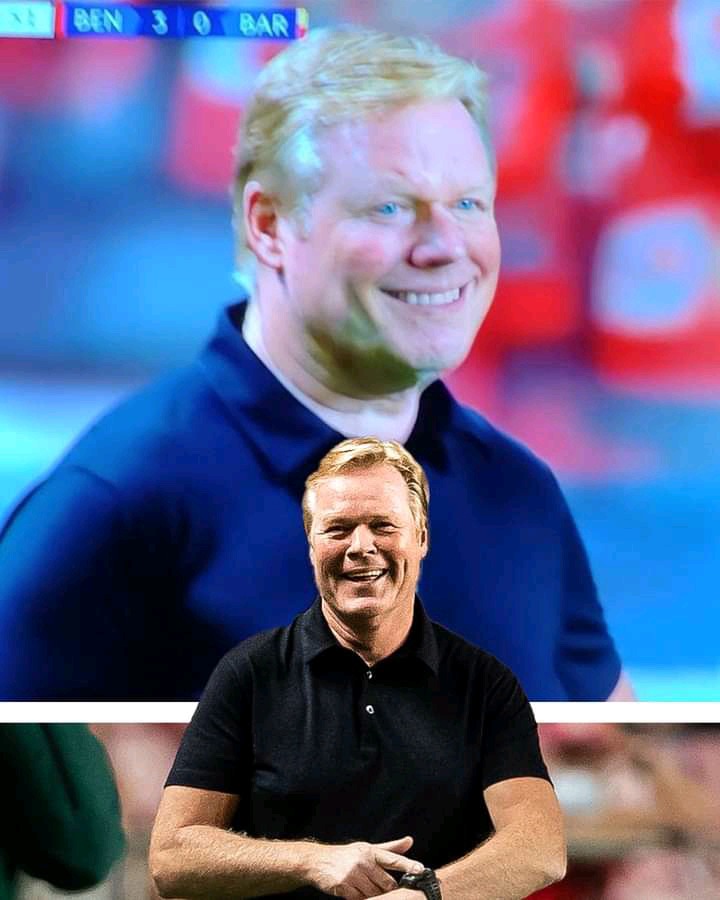 FC Barcelona's last two Champions League games were all scored by Lionel Messi,and the introduction of Luuk de Jong and Memphis Depay to the attacking options hasn't helped either,as Lionel Messi has even scored a UCL goal with his new team this season,while the Blaugranas are still struggling. 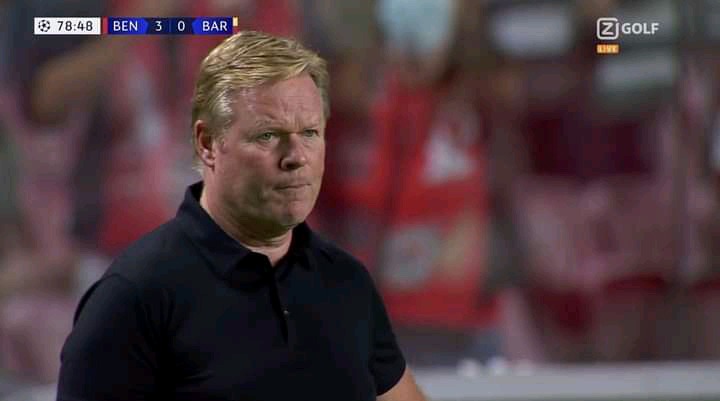 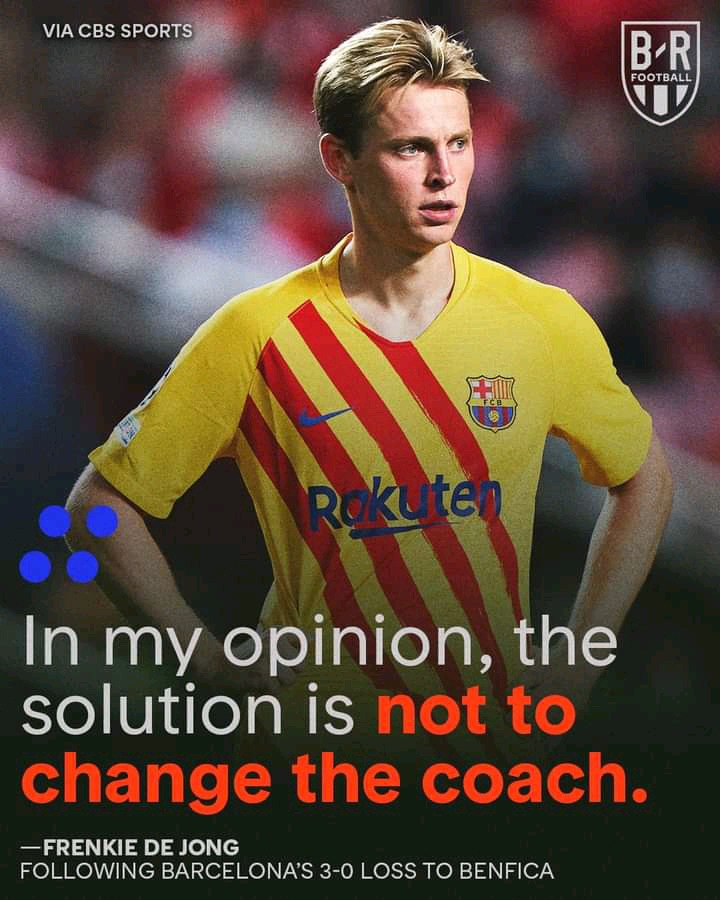 While a lot of fans are of the opinion that FC Barcelona's president,Joan Laporta should sack Ronaldo Koeman for another tactical coach like Xavi Hernandez or Robert Martinez,the fact remains that the Barcelona's board may find it difficult to sack the Dutchman.

This is due to the simple fact that the club can't afford the money to pay him off if he is sacked before his contract runs out fully. 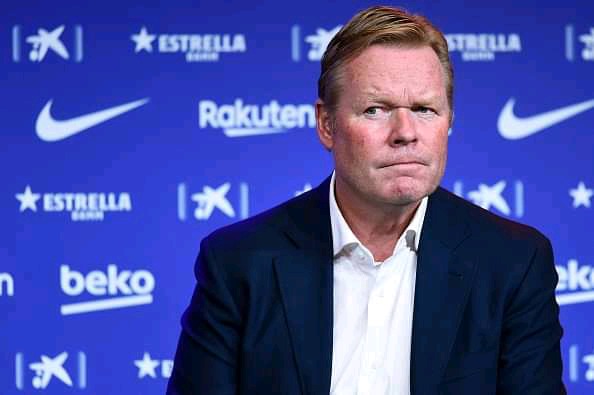 If FC Barcelona sacks Ronald Koeman,they will be obliged to pay him €13 million. For a club who are currently slashing down the salaries of players,this amount is too huge to spend.

Some notable players in the team like Gerard Pique have had to take pay cuts in order for the club to register new players,and the club may not have €13 million right now to pay off Ronald Koeman if sacked. 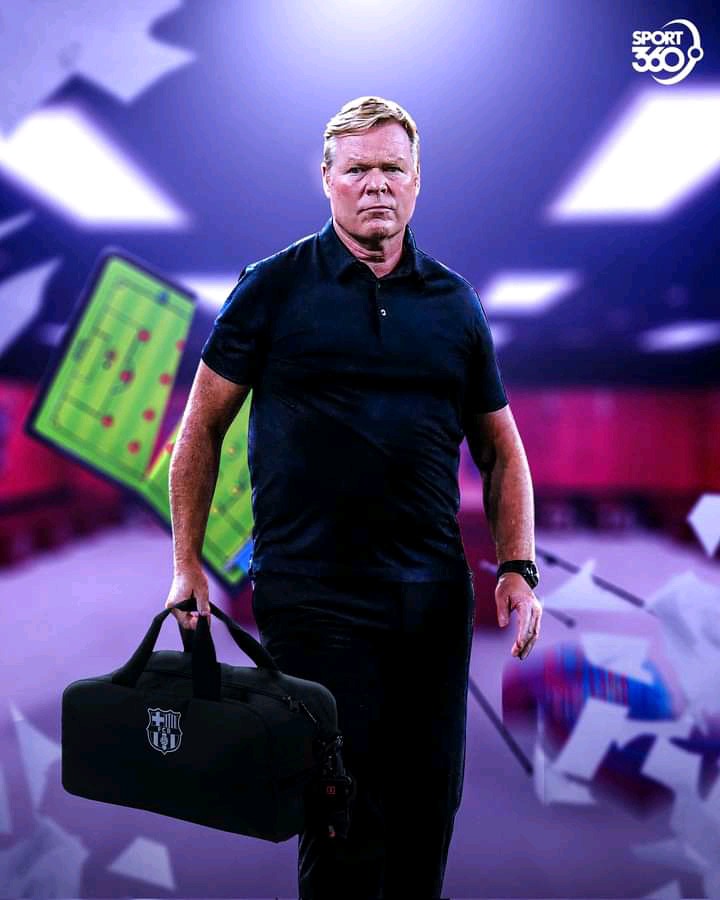 FC Barcelona are currently bottom of 'Group E' in the Champions League with zero points in two games,and any loss from now on may send the prestigious club to Europa League. While the sacking of Ronald Koeman is a big decision the club's management has to take,this may not be possible because of the huge amount of money required to pay off the Dutch head coach. 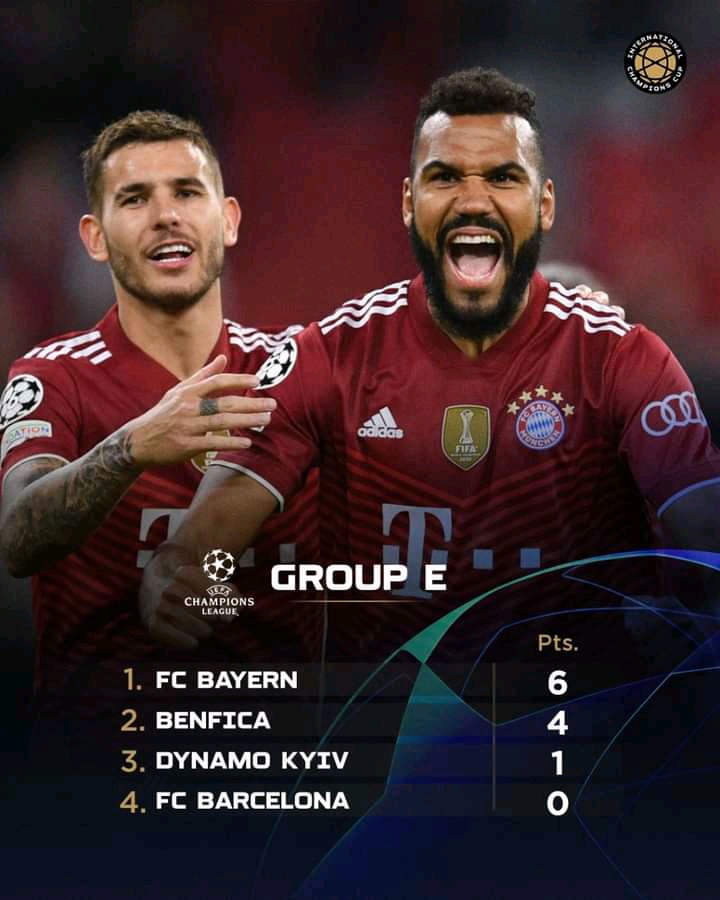