By Harfoofficial (self meida writer) | 29 days 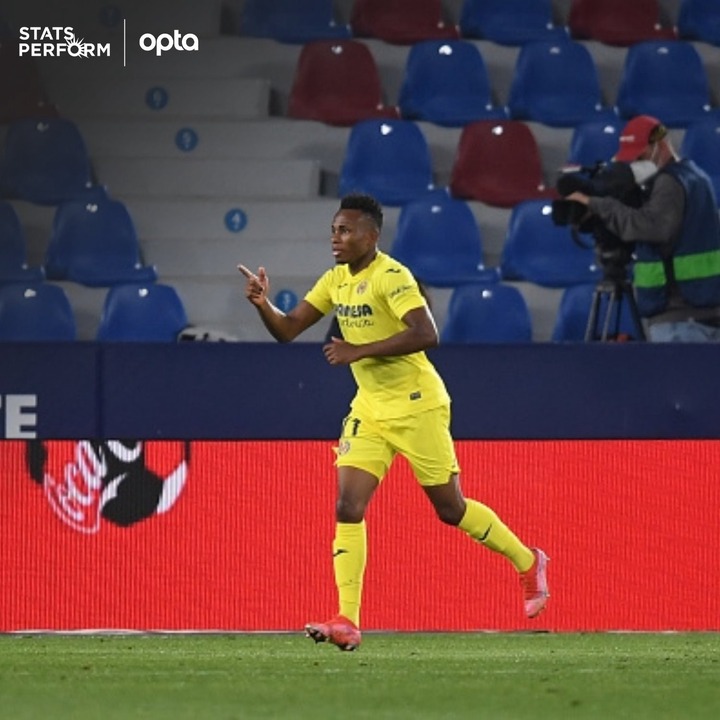 Super Eagles dazzler, Samuel Chukwueze was in action for the Unai Emery's side on Sunday night against Paco Lopez led Levante team, at the Estadio Ciudad de Valencia in their 31st league game of the season.

The visitor of the night were very impressive in the dominant game as they put up some classical and tactical displays, which earned them a comfortable win over the host.

Samuel Chukwueze was given a role in the starting XI for the visitor following his outstanding performance for the club this season across all competitions. 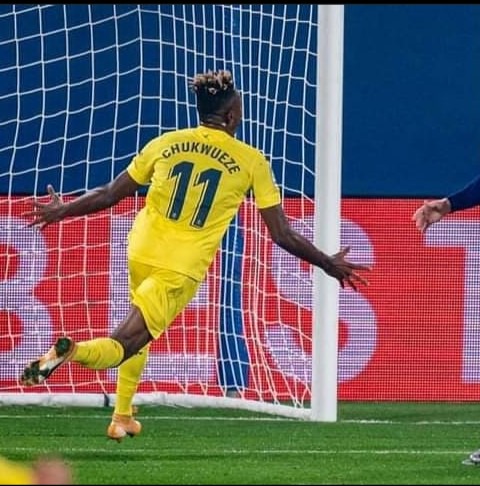 Samuel Chukwueze was able to continue his brilliant form for the Unai Emery's side after his superb and spectacular performance for his club, in their mid-week Europa league victory over Dinamo Zagreb to booked a spot in the semi-finals to be played against Arsenal.

He started in the midfield alongside Moi Gomez, Daniel Parejo and Francis Coquelin, and the Nigerian international was able to impress as he scored a brace in the massive away win.

The visitor took the lead with an own-goal scored by Sergio Postigo in the 9th minutes of the game, before Gerard Moreno doubled the lead in the 13th minutes to make it two goals to nil. 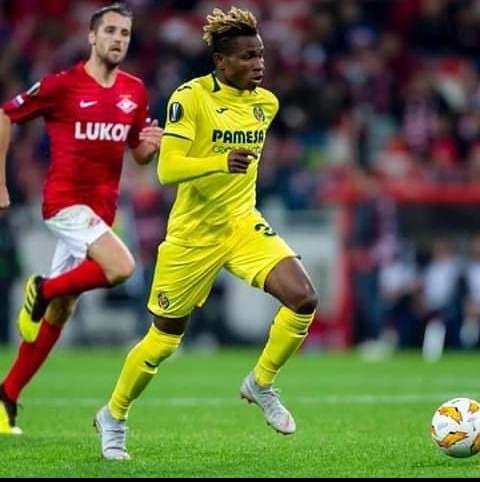 The host put one back before the half time break as Mickael Malsa got on the score sheet in the 21st minutes to make it two goals to one at the end of the first 45 minutes.

The second half of the game was more dominated by Villarreal, as they netted three straight goals to make their total tally of the night five.

In the 63rd minutes, Paco Alcacer set up Samuel Chukwueze to make it three goals to one, before another own-goal was scored by Ruben Vezo in the 72nd minutes to make it fours goals to one. 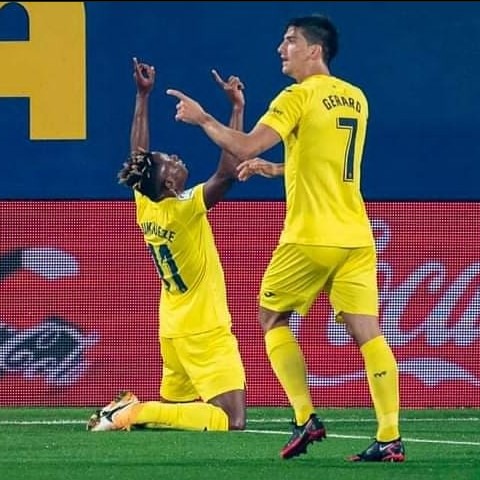 The Super Eagles maestro, Samuel Chukwueze got his brace of the night in the 75th minutes with an assist from Daniel Parejo, to make the final score line five goals to one at full time, as all other efforts to add to the tally were not successful.

Samuel Chukwueze with his brilliant brace of the night, he has now set a record by becoming the youngest Nigerian player aged 21 years and 331 days to score a brace in La Liga in the 21st century.

The win for Villarreal means they now currently sit at the 5th spot on the Spanish La Liga Santander table with 49 points in 31 games played.

As such, they will now be looking forward to keep the winning streaks and brilliant run of form going with few games left to the end of the season, and as they looked forward to their Europa league semi-final ties with English premier league giant, Arsenal FC.

Solskjaer confirms plans to bring in a new striker this summer