By Curtix (self meida writer) | 1 months 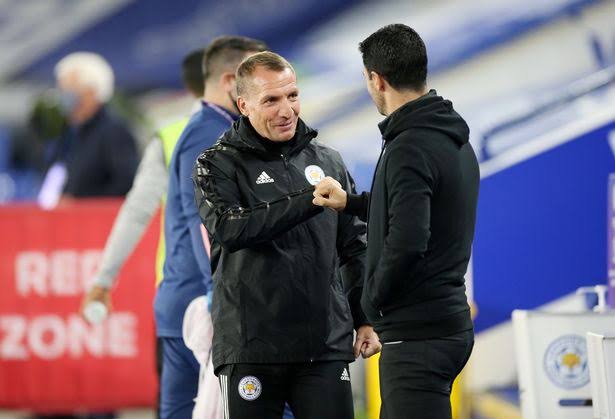 Arsenal beat Leicester City in the league after six attempts, but it was Mikel Arteta's masterclass and good managerial decisions that yielded the result.

The Spanish coach opted to start the match with the like's of Cedric at the right back, Pablo Mari at the centre back, Mohamed Elneny in the midfield, Nicolas Pepe at the right wing, Willian at the left wing and Alexandre Lacazette as the centre striker.

The likes of Bellerin, Thomas Partey, Martin Odegaard, Bukayo Saka and club captain Pierre-Emerick Aubameyang were the stand out performers to have started the match, were all sent to the bench.

When I even saw the starting eleven I concluded that Arsenal have lost the match already but judging by the outcome of the match, Arteta outsmart Rogers with those line up and the reserve was the case as Arsenal outplayed Leicester at all angles.

Cedric has been providing cover at the left back but he the right back his own as he performed very well in the match.

Pablo Mari was perfered over Holding also partnered well with David Luiz at the heart of arsenal's defence and kept the liked of Jamie Vardy quiet in the afternoon. Brazilian winger Willans has not performed well since his move to arsenal but he justified the coach's decision to start him by getting the assist to arsenal's first goal scored by david Luiz in the match. 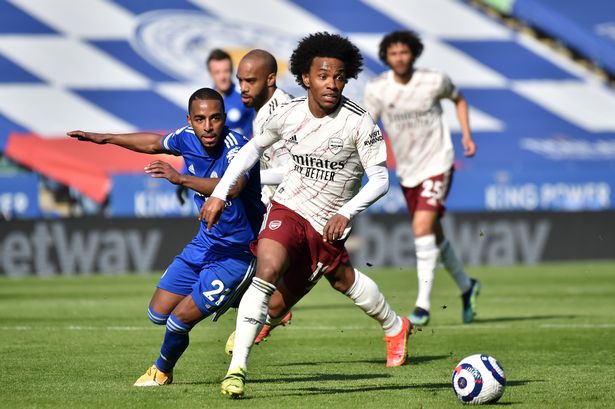 Also Bukayo Saka has always replaced Nicolas Pepe in the right wing position but Pepe repaid his managers faith in him with fine performance in the game which yielded a goal for him in the match he also won the penalty for Arsenal's second goal. 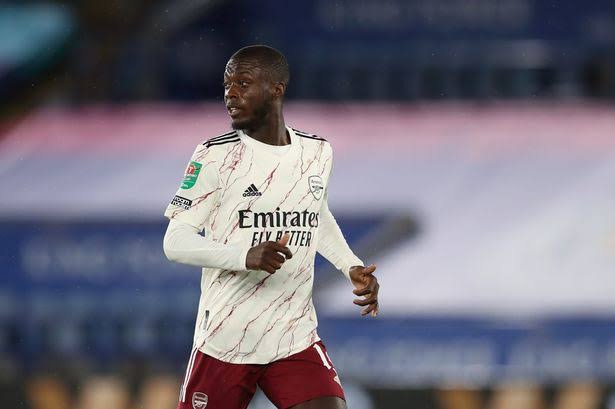 Alexander Lacazette who was prefered over Aubameyang also scored Arsenal's second goal of the match from the penalty spot.

Mikel Arteta outsmart Brendan Rodgers with the selection of some fringe players which will be a surprise for the Leicester boss. But the decision paid off for Arteta and Arsenal. 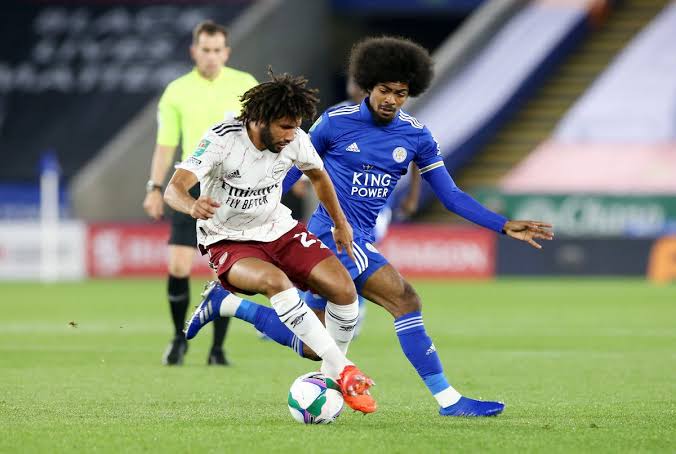 The win was Arsenal's second ever win over Leicester at King Power Stadium.

Leicester City remained third in the table as they missed the chance to move past Manchester United into second position pending the outcome of United's game against Chelsea later in the day.

Arsenal moved into 9th position in the table pending the results of other matches which will be played later.