A lot of reactions on social media, as the General Overseer and Founder of the Omega Fire Ministry, Apostle Johnson Suleman, took to his social media platform to boast of Arsenal's victory in their last game, Liverpool and Manchester City. The Gunners defeated Liverpool 2 goals to 1 in their last Premier league game, three days ago, and yesterday FA Cup Semi-final, surprised the world by beating the FA Cup champion, Manchester City, 2 goals to 0 at Wembley stadium. Suleman, who is a through fan of the Arsenal FC, has taken to his verified Twitter handle to celebrate the victory of Arsenal over Liverpool and Man City. The Gunners had lost six of their last game against Man City, had won the FA Cup 13 times and has also reached the final 21 times, becoming the highest winner of the FA Cup. 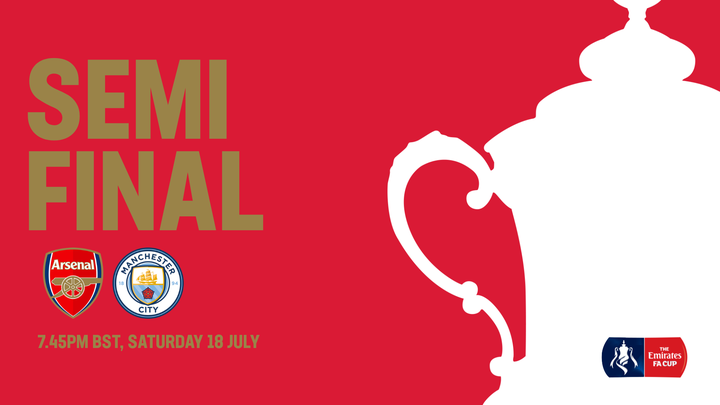 According to Suleman, it's surreal, incongruous even, that the Gunners won Liverpool and Manchester City in 3 days, imagine what we can achieve with quality additions. "Welldone", only one Arsenal, he said. Read his tweets below. 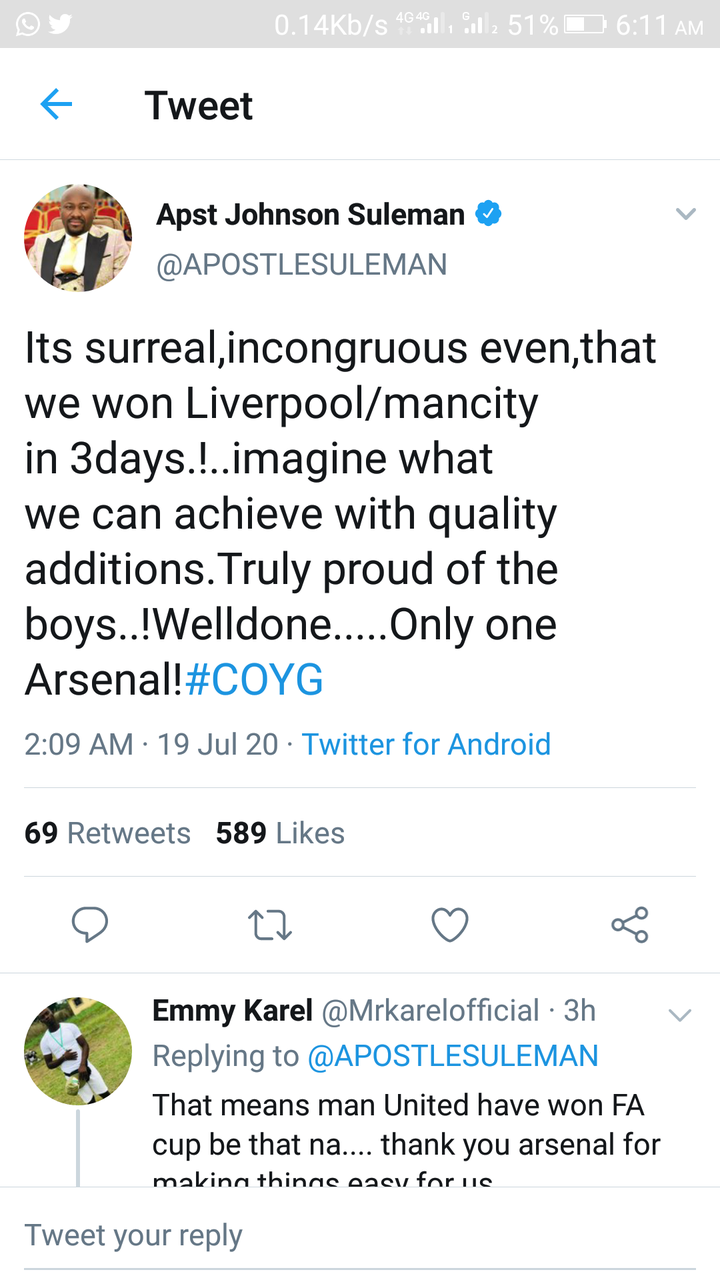 "Its surreal,incongruous even,that we won Liverpool, Mancity in 3days, imagine what we can achieve with quality additions. Truly proud of the boys! Welldone. Only one Arsenal! COYG"

This has stirred up a lot of reactions on social media, most were congratulating the Gunners for a job well done. See screen shot of the reactions below. 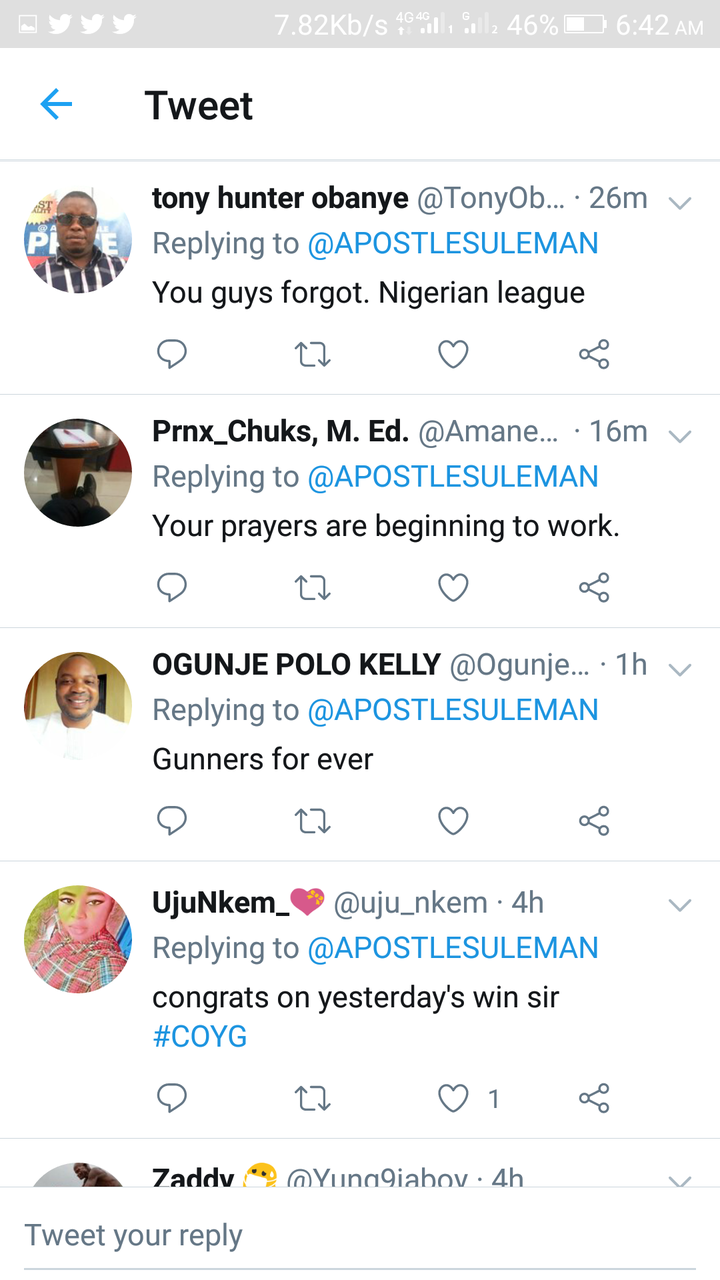 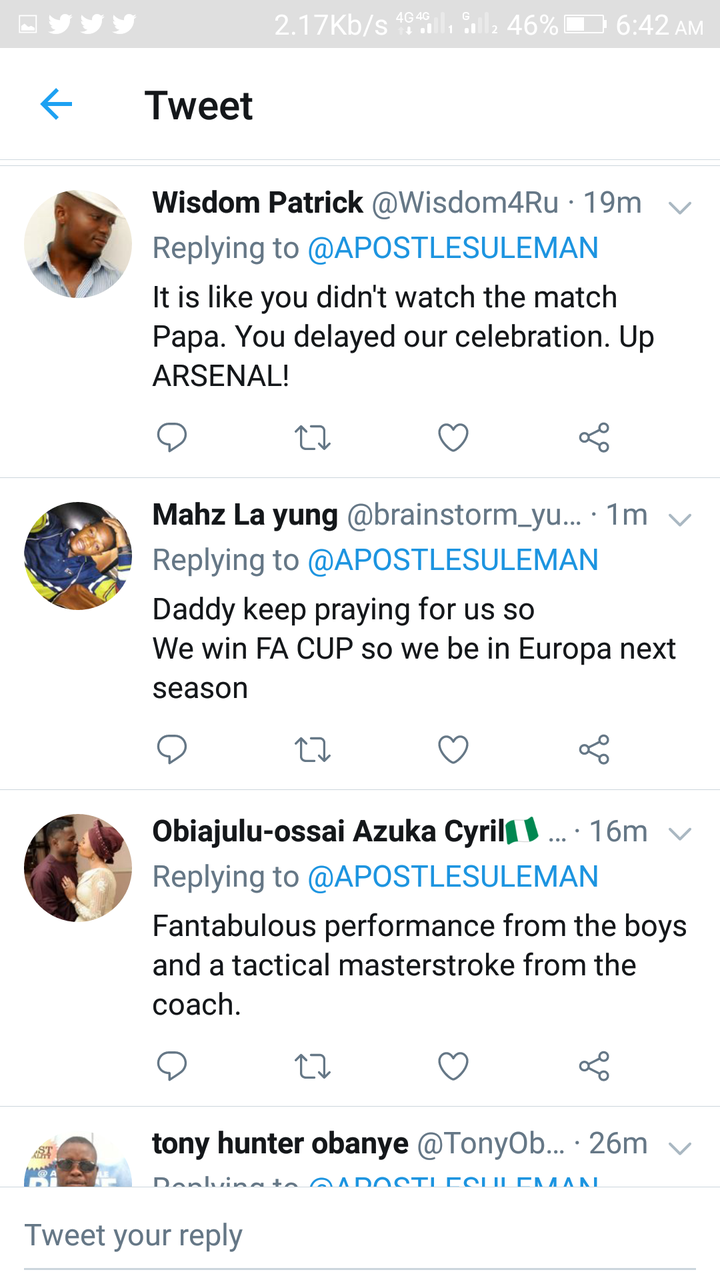 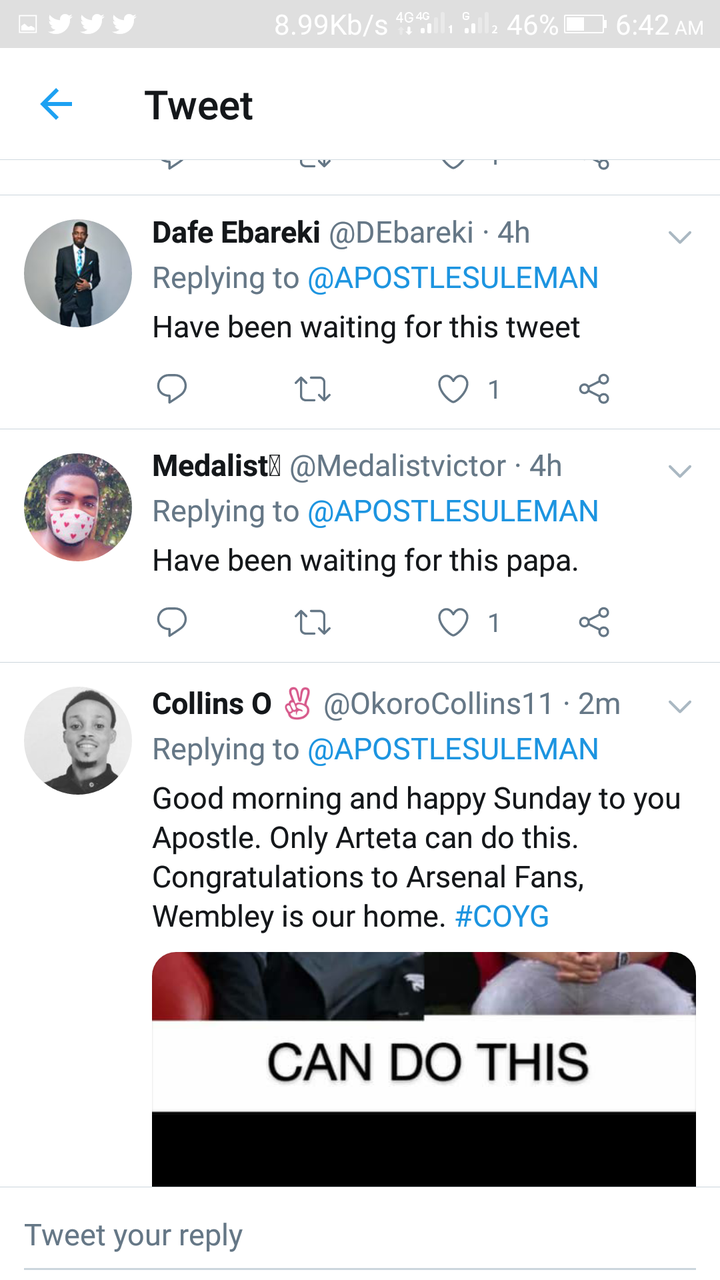 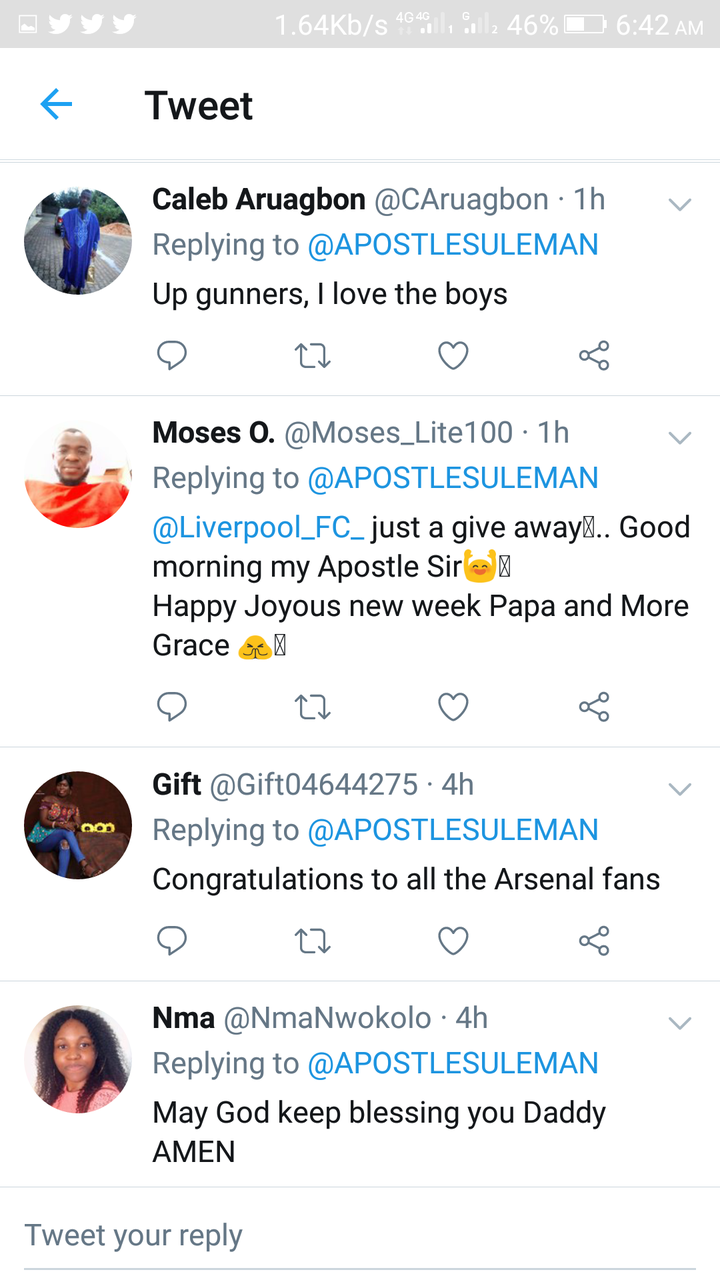 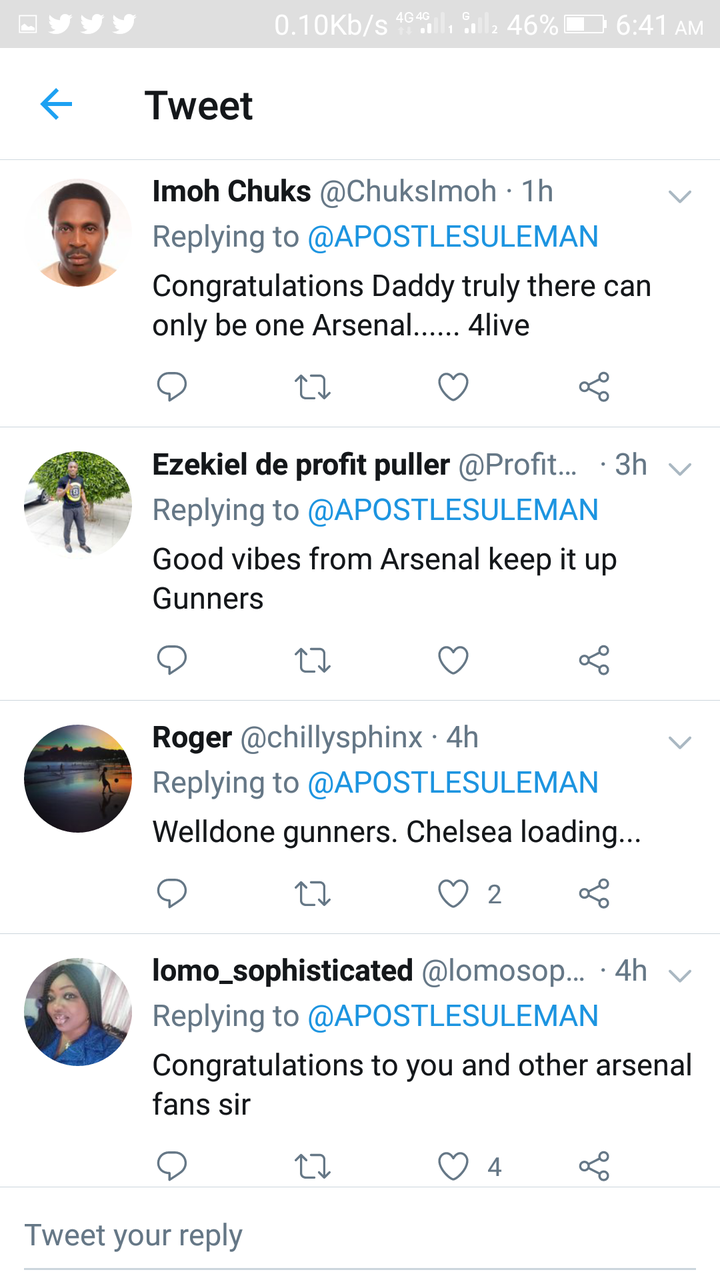 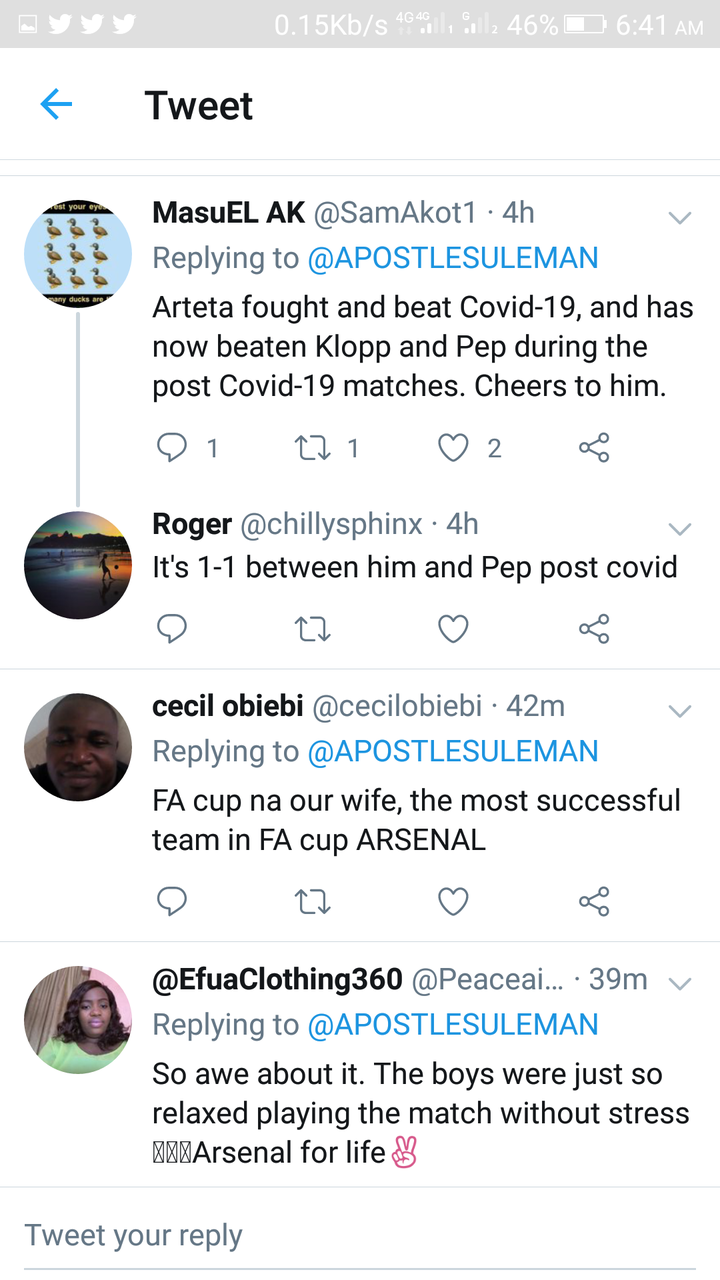 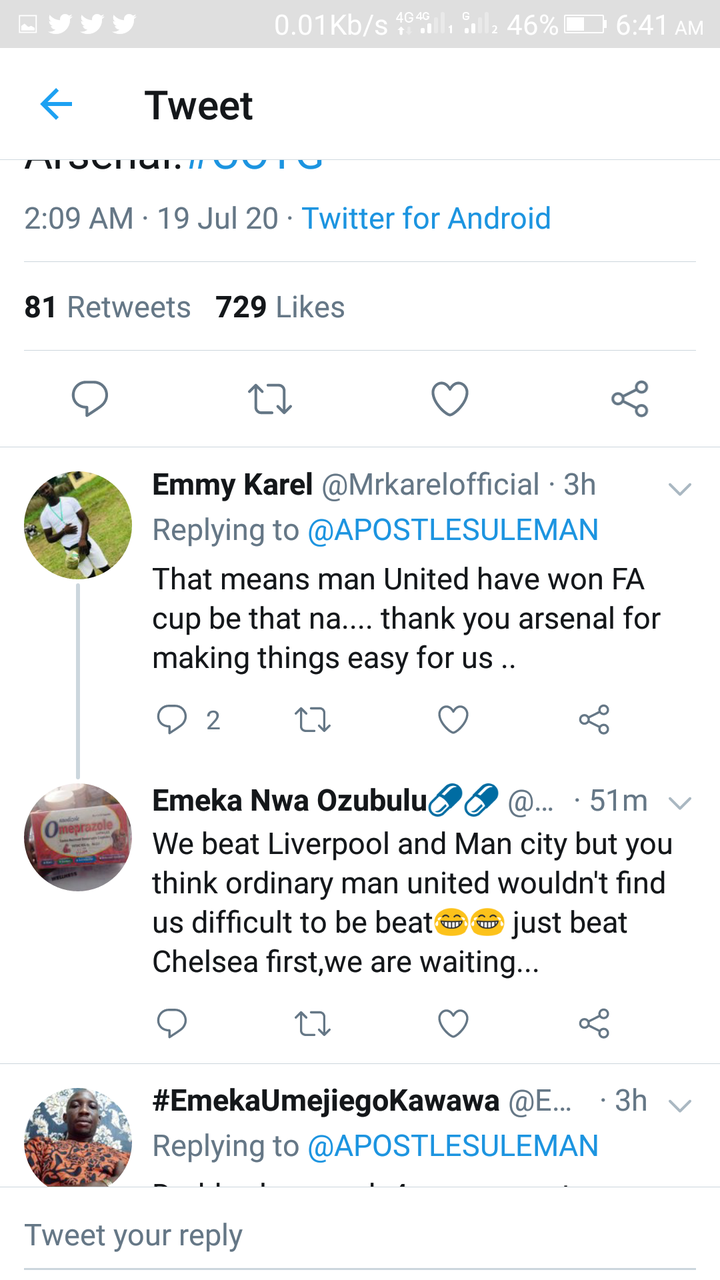 Content created and supplied by: Arinze1020 (via Opera News )